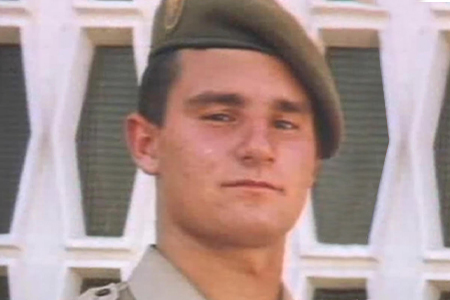 Jesús Jiménez Jimeno was twenty years old and was originally from Cascante del Río (Teruel). “We were with my son on Sunday in Teruel at four o’clock in the afternoon, and he said, ‘I’ll see you in a fortnight’s time, Mum’ —Jesús’s mother recounted on the television programme Informe Semanal—. I still have that memory of him heading off with his bag in his hand, but it is very sad.”