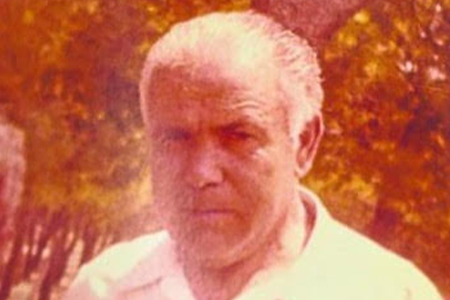 On 2 May 1980, security guard Jesús Argudo Cano was on duty at the doors of the offices of General Motors in Zaragoza. Shortly after 7 pm, several individuals entered the building and opened fire on him. He collapsed in his chair and later died on the way to hospital. Two terrorist groups claimed responsibility for the murder: the Patriotic Revolutionary Anti-Fascist Front (Frente Revolucionario Antifascista y Patriota, FRAP), which had already been disbanded, and the Basque-Aragonese Revolutionary Anti-Fascist Front (Frente Revolucionario Antifascista Vasco Aragonés, FRAVA), who were the more likely perpetrators.

Jesús Argudo Cano was a retired civil guard. He had three children and had been in his new job for just two weeks. Zaragoza Court Number 3 closed the case a month later without having found conclusive evidence on those responsible for the attack. In 2018 the National Criminal Court reopened the case, but it was shelved again a year later. 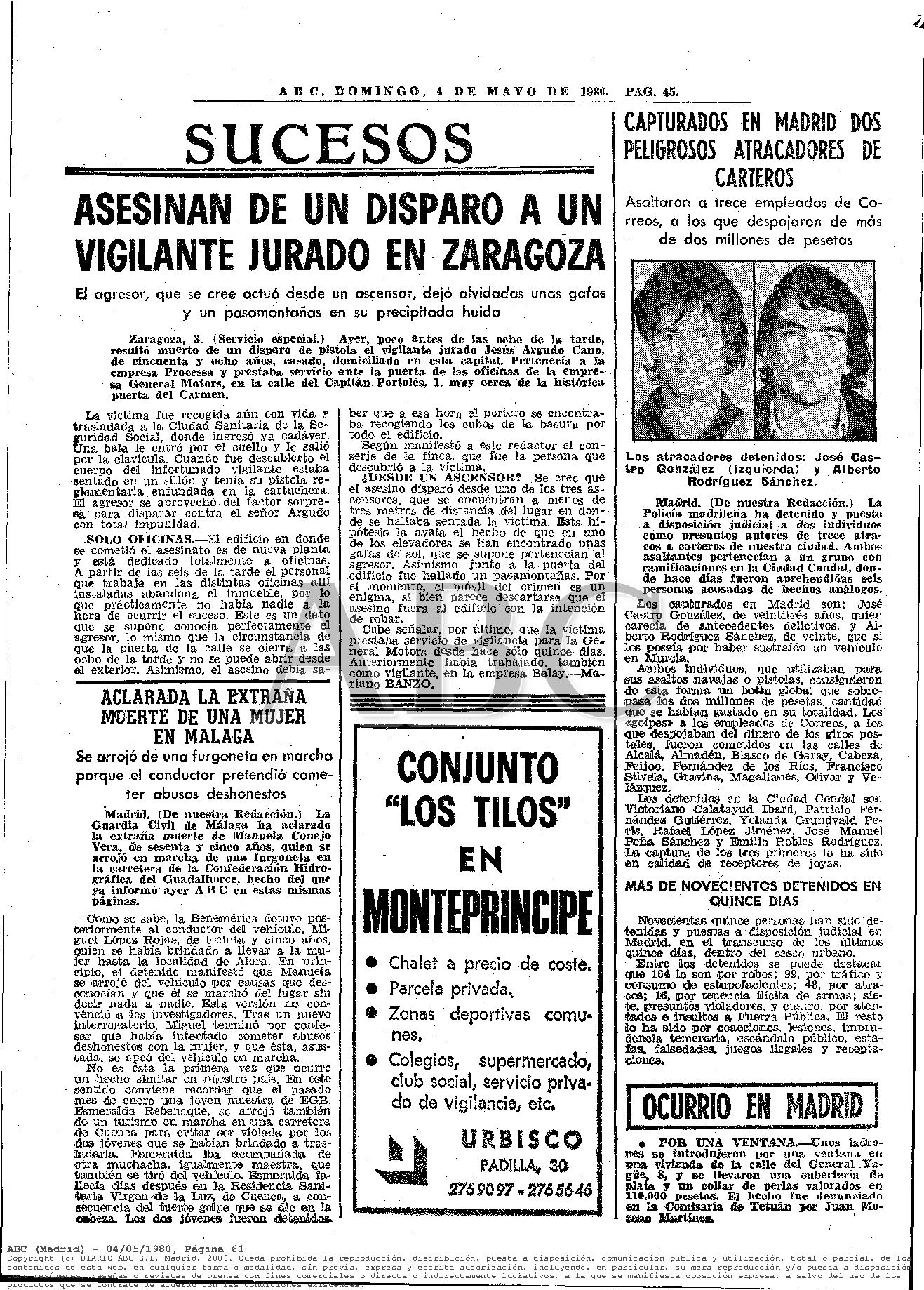 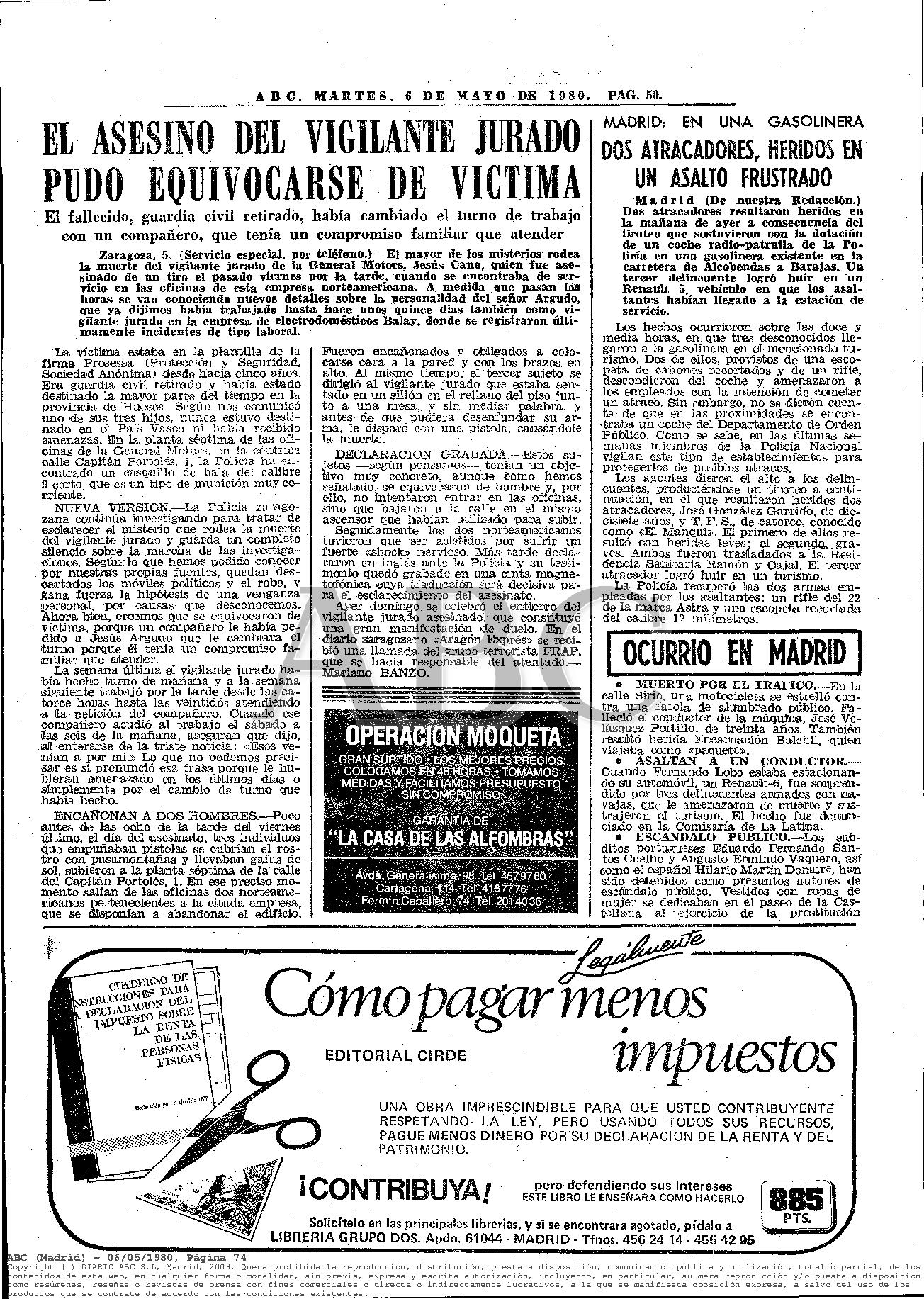 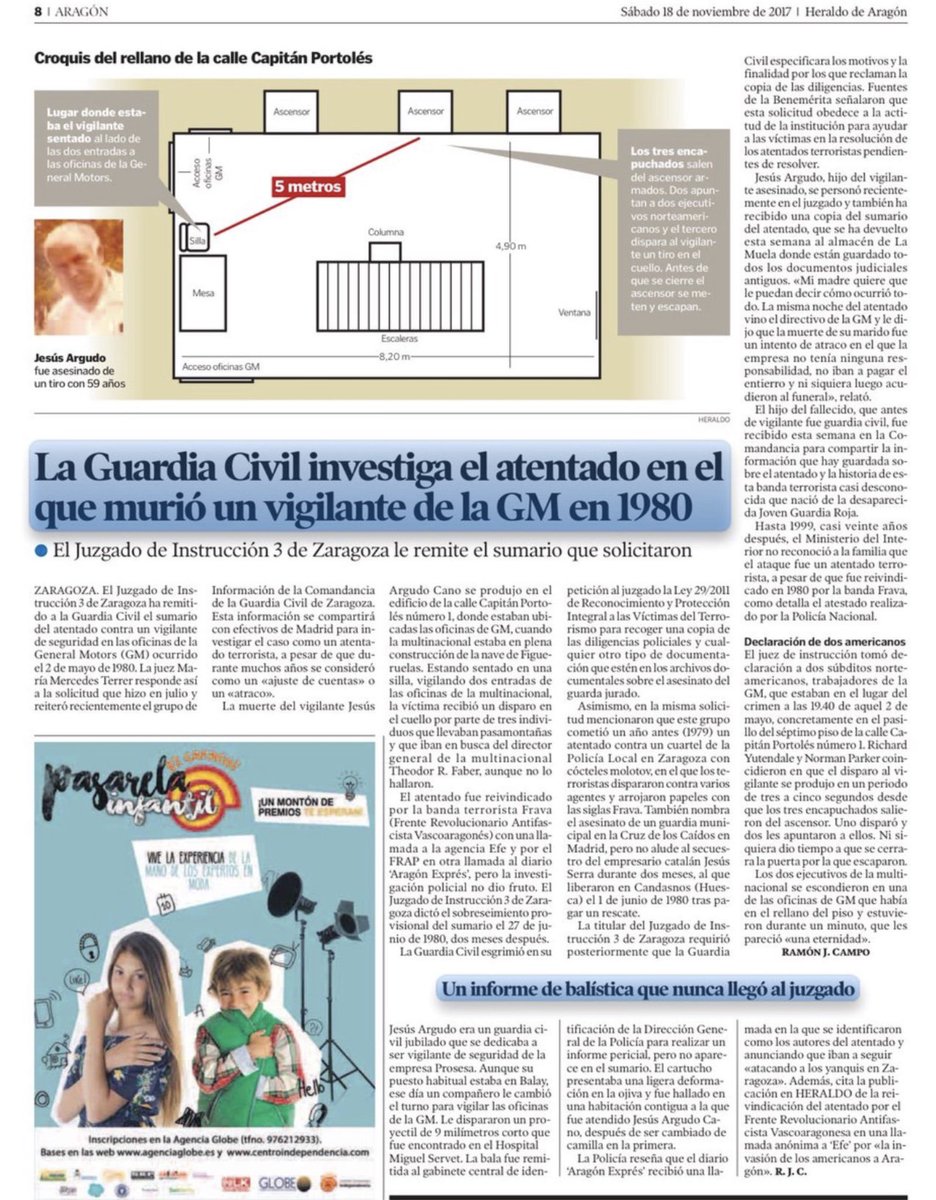