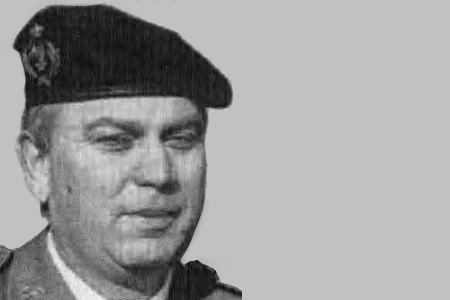 At around 3 pm on 8 January 1997, Army Lieutenant-Colonel Jesús Agustín Cuesta Abril was on his way home in the La Estrella district when he was attacked by two unmasked ETA terrorists. One of them shot him twice in the back of the neck and the other shot him once in the chin.

Jesús Agustín Cuesta Abril was from Madrid. He was 49 years old, married and had two children, aged nine and ten. He had degrees in Law and Economic Science and spoke various languages. At the time of his death, he was considering an offer to move to the US to teach several courses there.