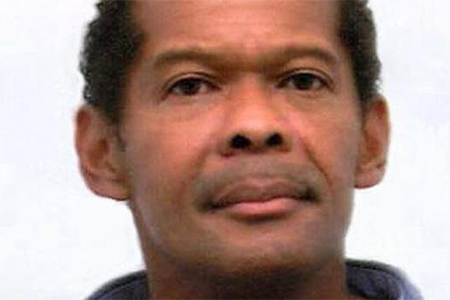 On the afternoon of 16 March 2016, several ETA members stole six cars from a dealer in the town of Dammaries Les Lys (France), some 55 kilometres from Paris. A patrol from the French National Police, which had been alerted to the robbery, began surveillance operations and saw some vehicles parked on the side of a forest road. The ETA members were refuelling the cars with jerry cans of petrol. When the team of officers, led by Chief-Brigadier Jean-Serge Nérin, overpowered one of the terrorists, the other stolen cars appeared at the site and their occupants opened fire on the police. Nérin was shot in the armpit, which was not protected by his bulletproof vest. He was taken to hospital but died scarcely an hour later. He was the last person to be killed by ETA.

Jean-Serge Nérin had four children aged between 16 and 32. He had worked all his life in the police station of Dammarie les Lys. He was a corporal and was due to retire two years later. He had been awarded the medal of the National Police and a prize for management of his team. 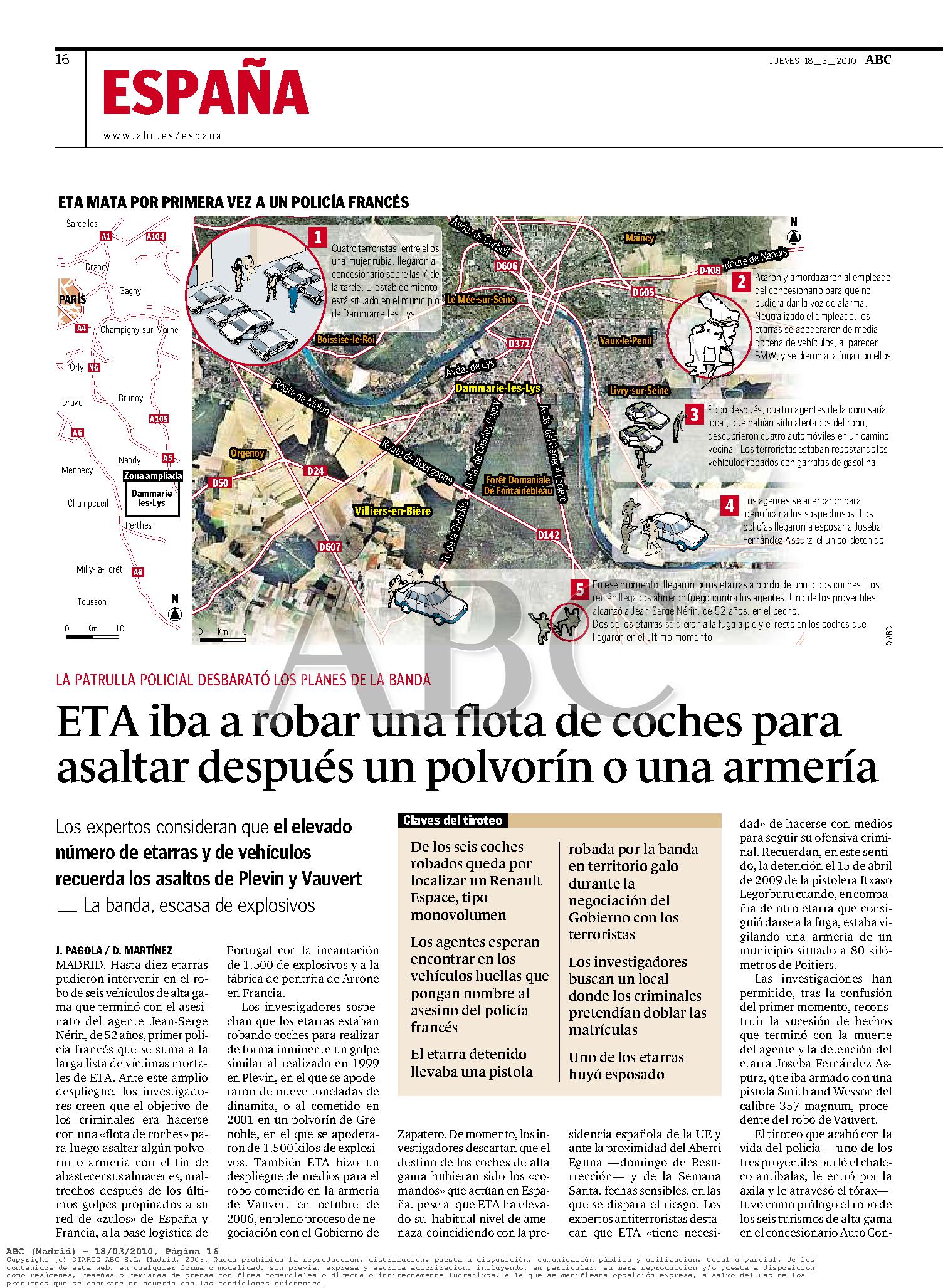 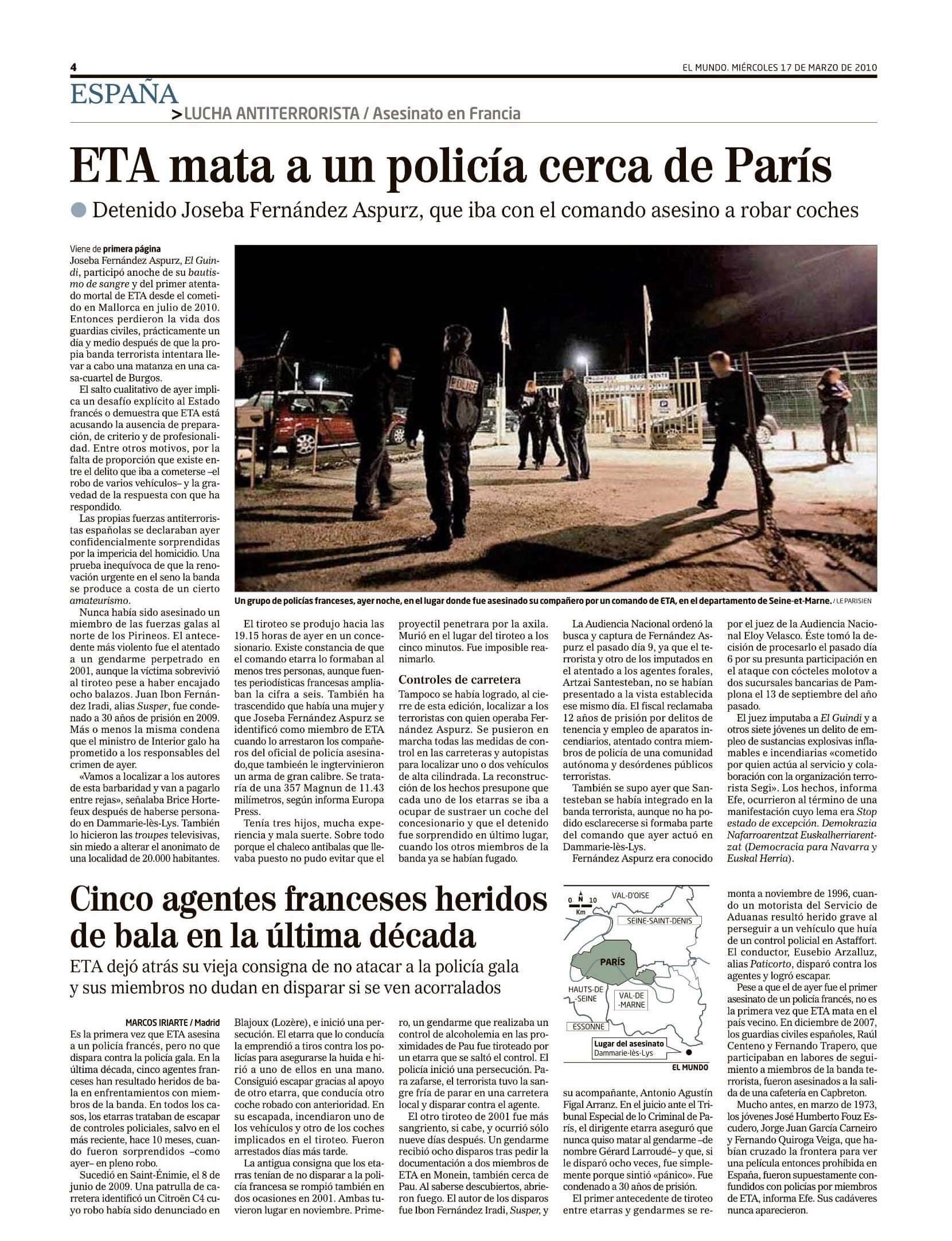 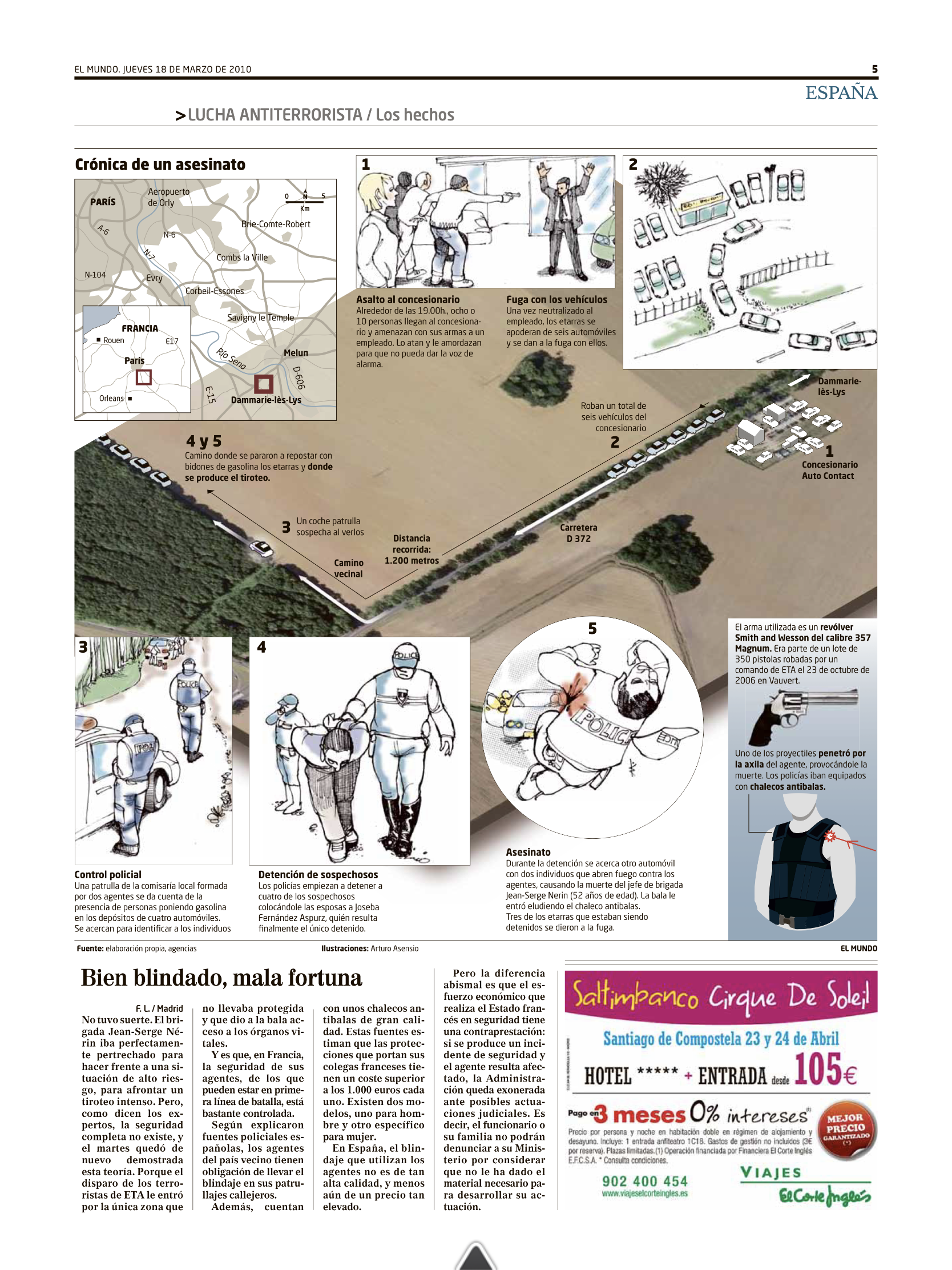 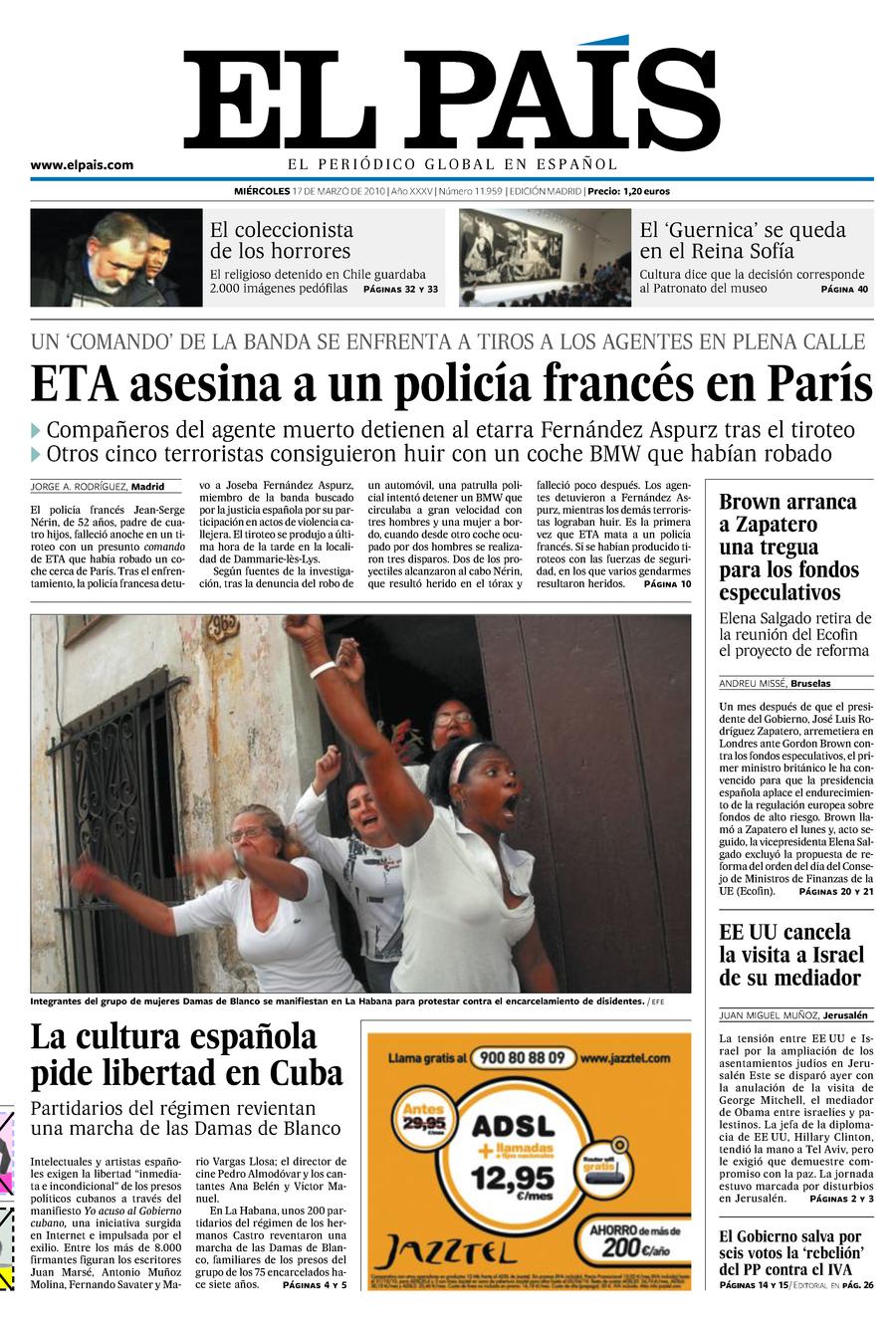