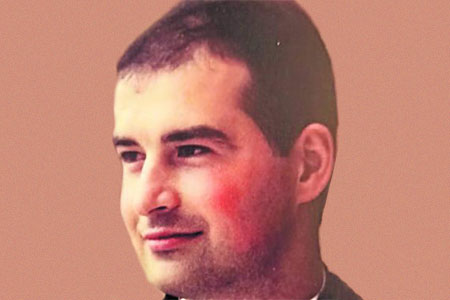 Francisco Javier Mijangos Martínez de Bujo and his fellow officer Ana Isabel Aróstegi Legarreta were directing traffic at a crossroads on the N-I road in the town of Beasáin, Guipúzcoa, a major junction with very heavy traffic.
Two members of the terrorist organisation—one man and one woman—approached the crossroads in a car, got out and came up unmasked behind the two Ertzaintza (Basque police) officers. They then fired a large number of shots at them at point-blank range.
Ana Isabel Aróstegi tried to defend herself, but the female terrorist shot her again when she was lying on the ground, seriously wounded. Her body lay on the tarmac until shortly after 9 pm, when the duty magistrate authorised its removal. Francisco Javier had been shot in the head and seriously injured. He was taken to the Asunción Clinic in Tolosa, where he was admitted in a coma. Doctors fought to revive him for 45 minutes. Although they managed to get a pulse, he passed away at around 9 pm.
Mijangos was a member of the UGT trade union and had only been stationed in Beasain for a month. 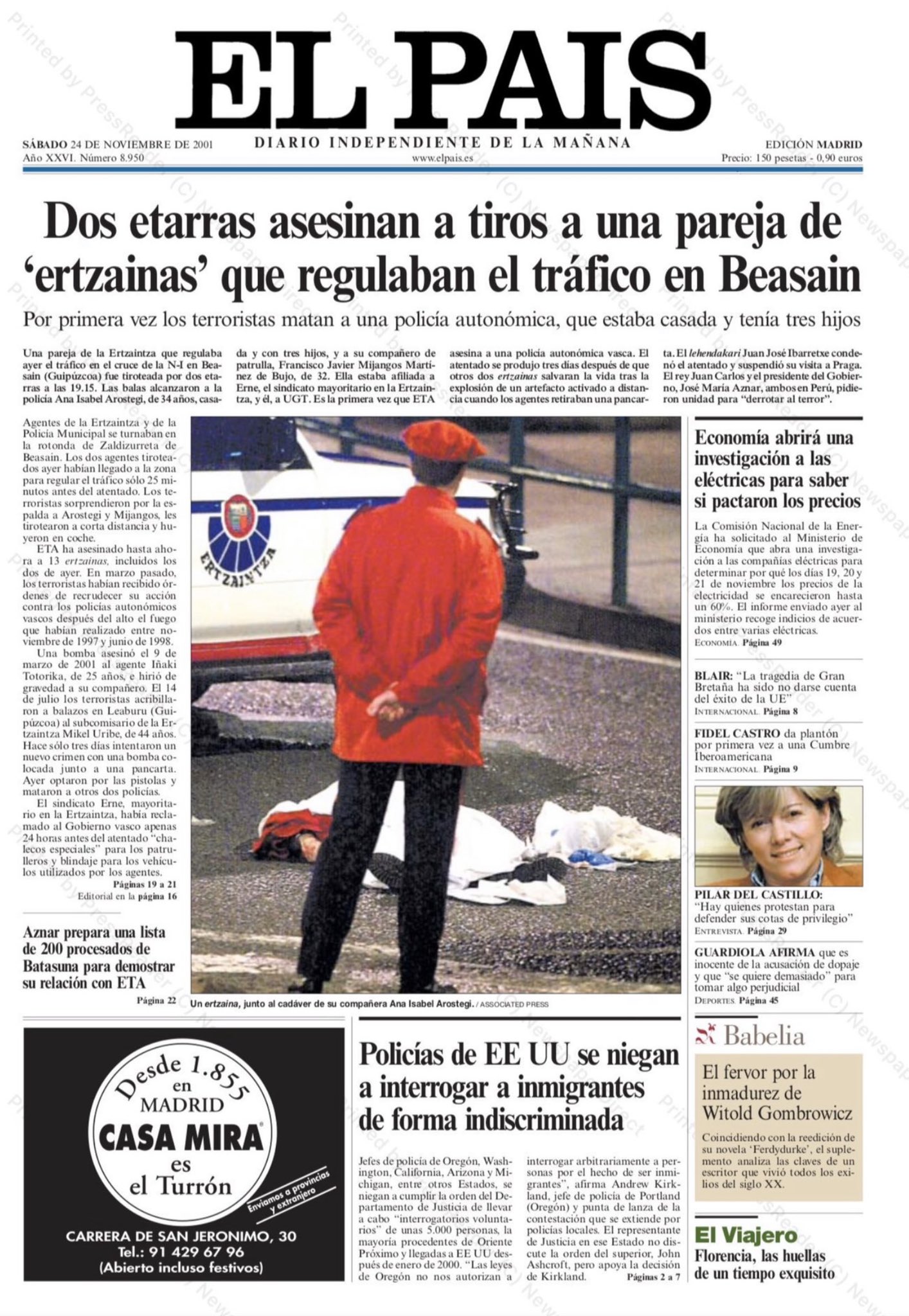 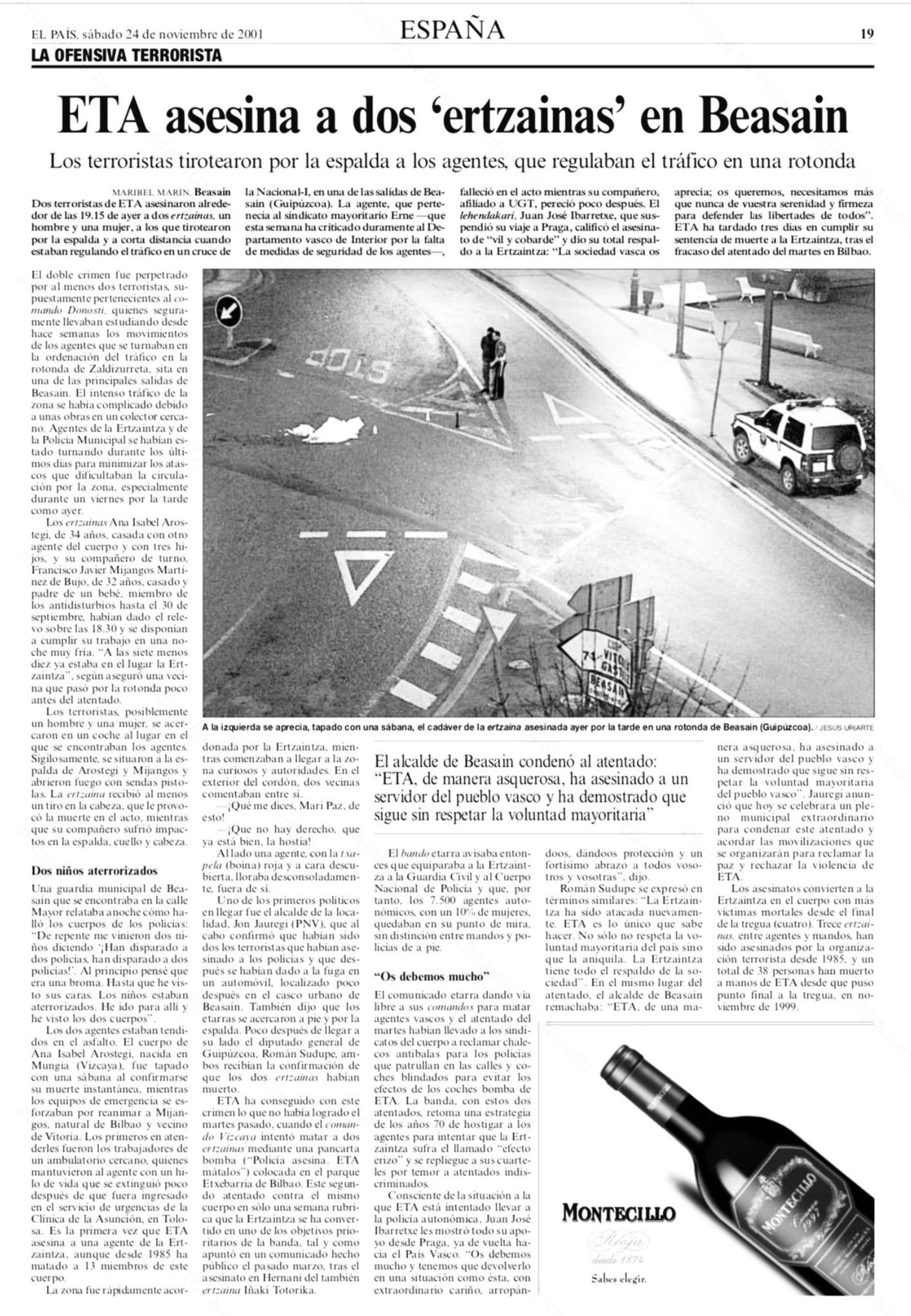 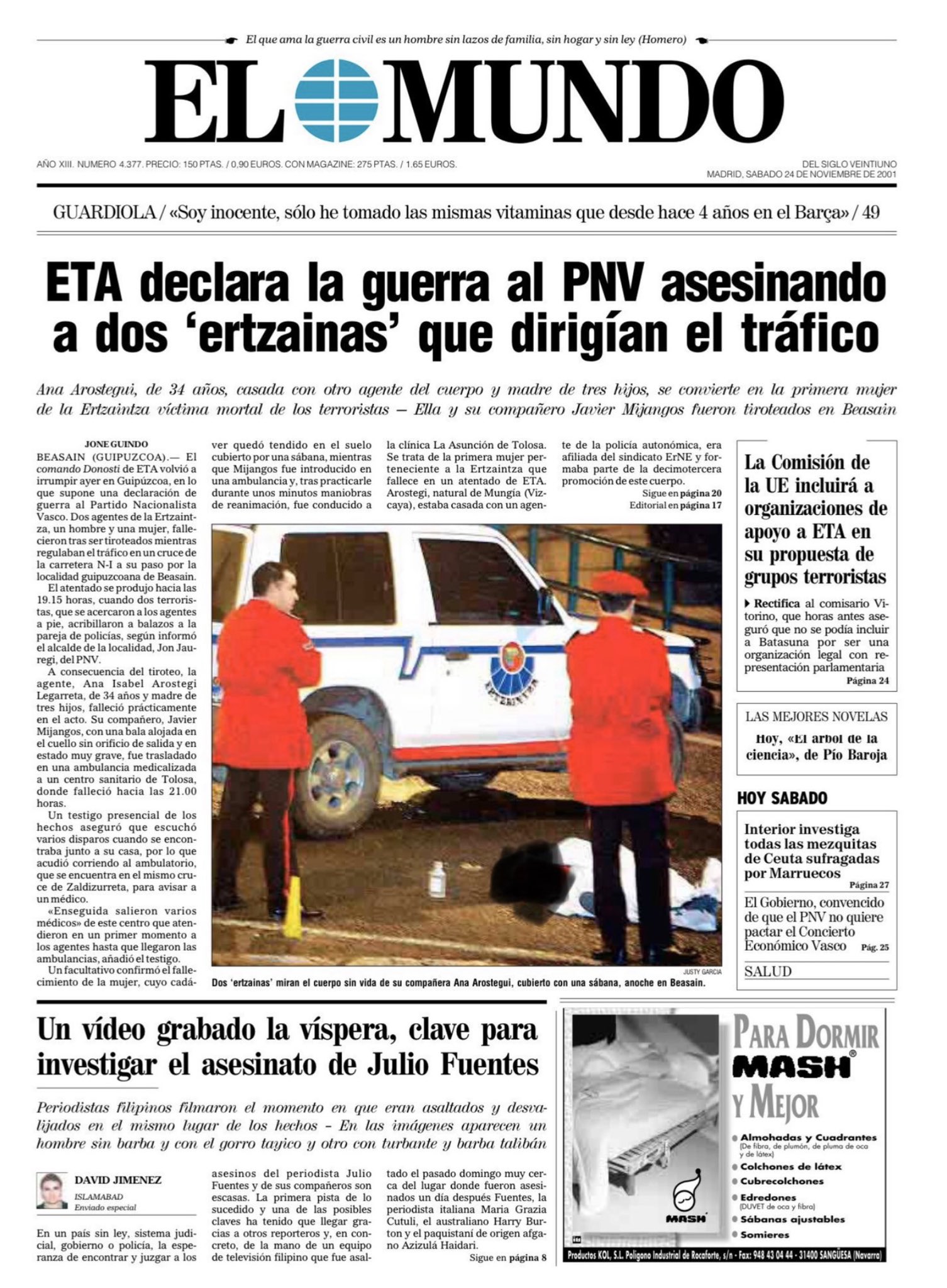 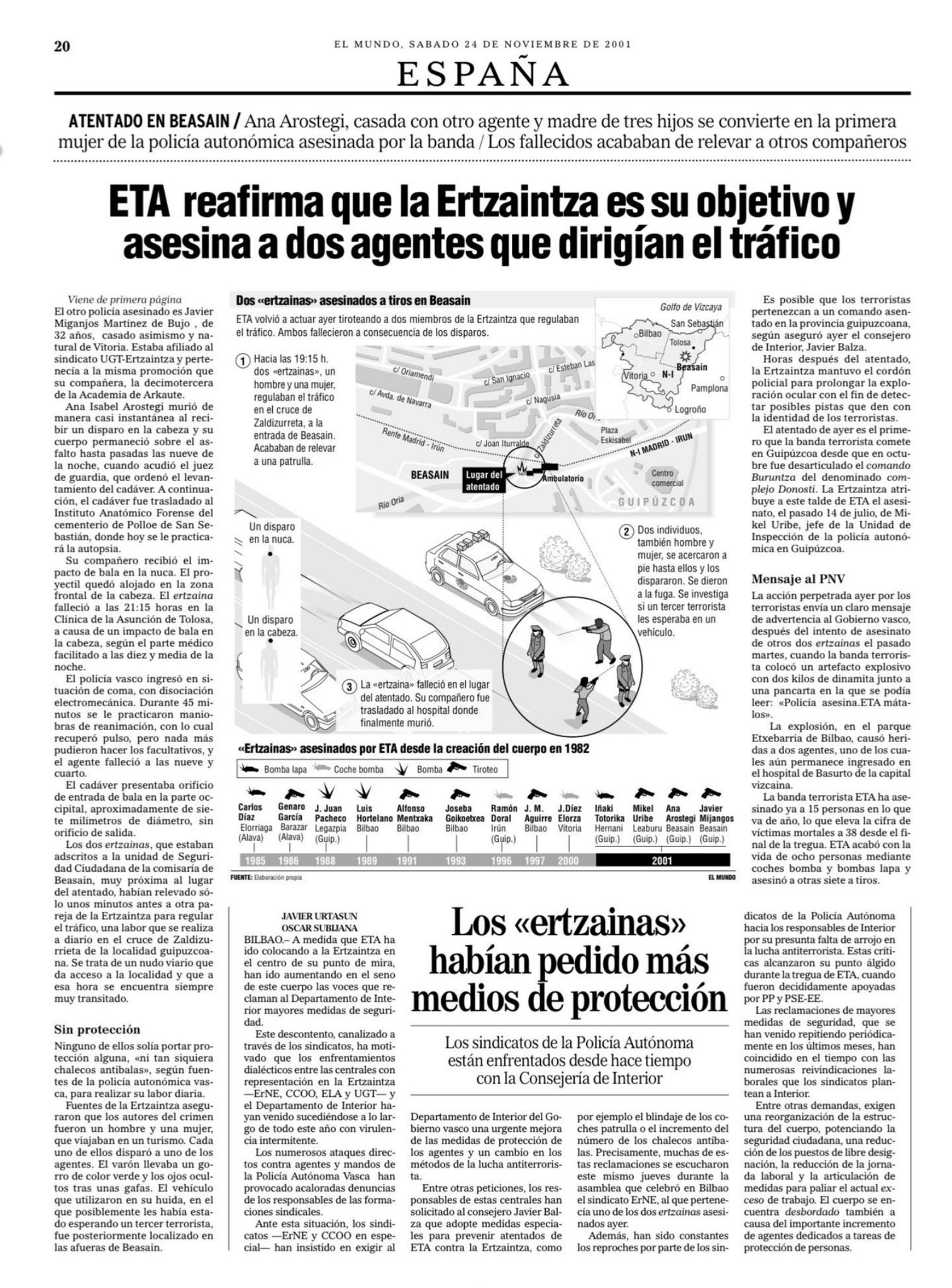