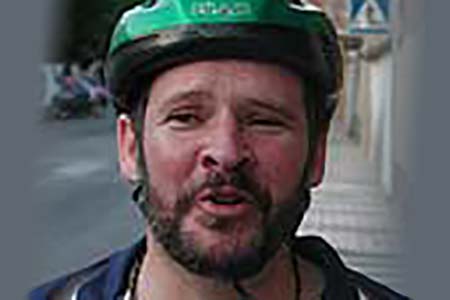 Born in: Perú
Age: 43
Offspring: 2
Marital status: Married
Job: International cooperation officer in the Ministry of Education
Date of the attack: 11/03/2004
Place of the attack: Madrid
Weapon: Others explosives
Killed by: Islamic terrorism

Javier Mengíbar, aged 43, was born in Lima (Peru), but returned to Spain with his family shortly afterwards. He was a trained psychologist and had worked as a teacher before obtaining a post as an international cooperation officer at the Ministry of Education. He lived in Alcalá de Henares with his wife and two daughters, and commuted by train each day to his work on Calle de Alcalá, Madrid.