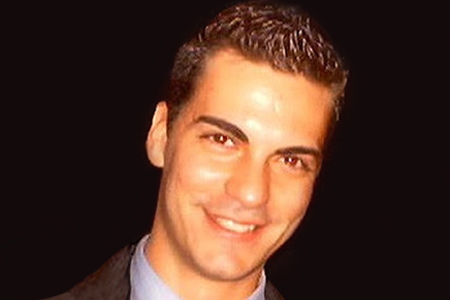 Javier Guerrero Cabrera, aged 25 years, was about to complete his degree in computer studies and was working as a systems programmer in the Royal Palace. In the hours following the 11 March bombings, the emergency services found his national identity card on the train that was blown up next to Calle Téllez. However, his steel keys and titanium watch were missing, enabling his family to cling to the hope that he might still be alive, lost or suffering memory loss as a result of the explosions. They continued to put up posters around Madrid with his photo, asking “Have you seen this man?” until 17 March, when DNA tests confirmed that his body was among those found on the train.