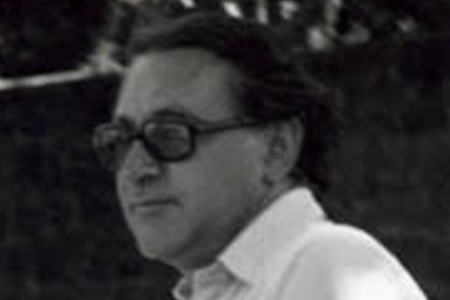 Jaime Arrese Arizmendiarrieta was having a cup of coffee in the Iriondo bar in Elgóibar, the town where he had been mayor, as he did at the same time every day. Two individuals entered the premises, shoved one of the customers aside and fired seven shots at the victim. The terrorists got away in a stolen car.
At the time of the attack, Jaime Arrese was a member of the Provincial Executive Committee of UCD, having been mayor of Elgóibar between 1974 and 1977. Arrese could have taken the seat in Congress left vacant following the resignation of Marcelino Oreja. In 1977, he formed part of a group photo taken in Zumárraga, alongside Jaime Mayor Oreja, Marcelino Oreja, José Ignacio Ustarán and Juan de Dios Doval. Ustarán and Doval would also be killed. 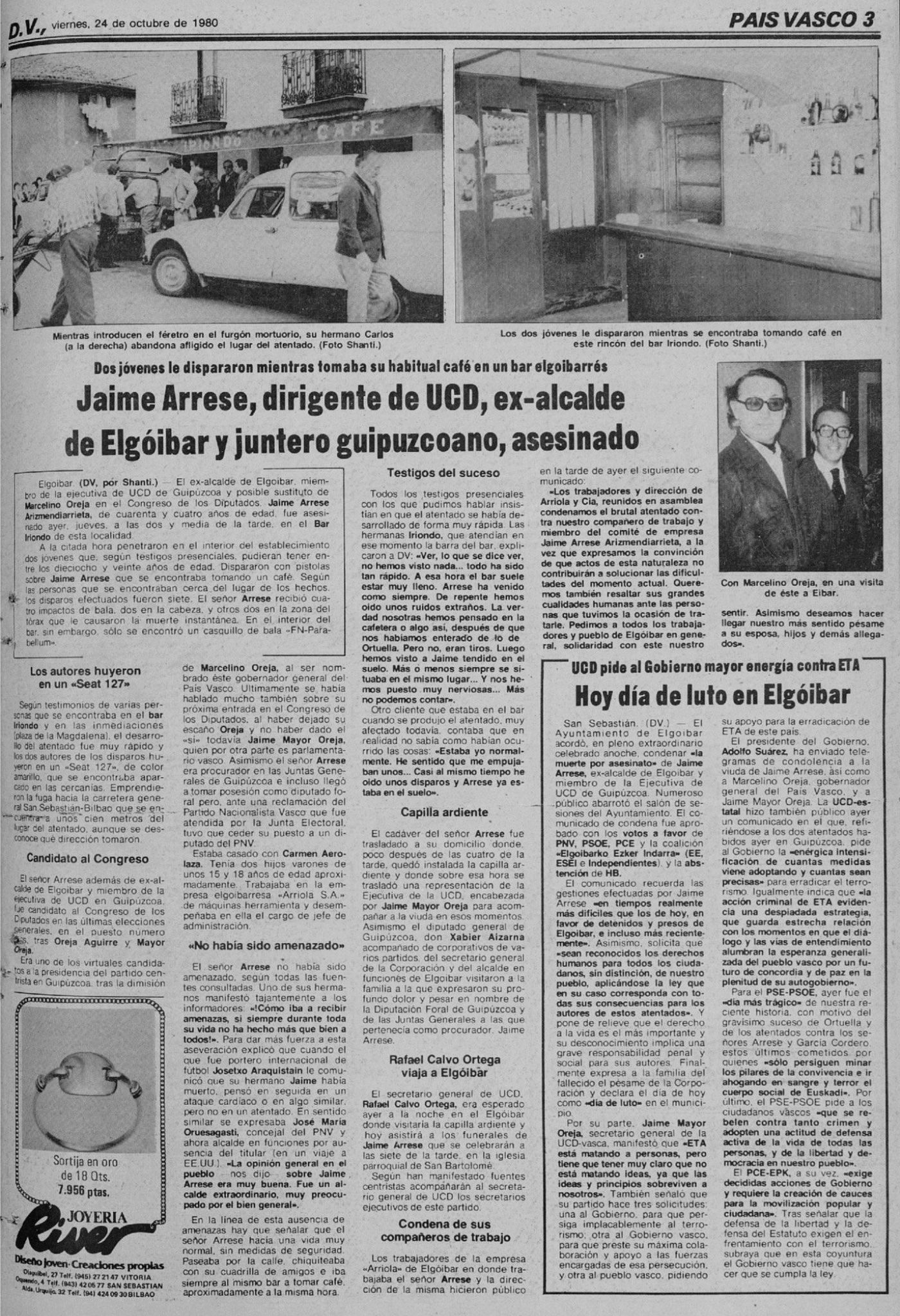 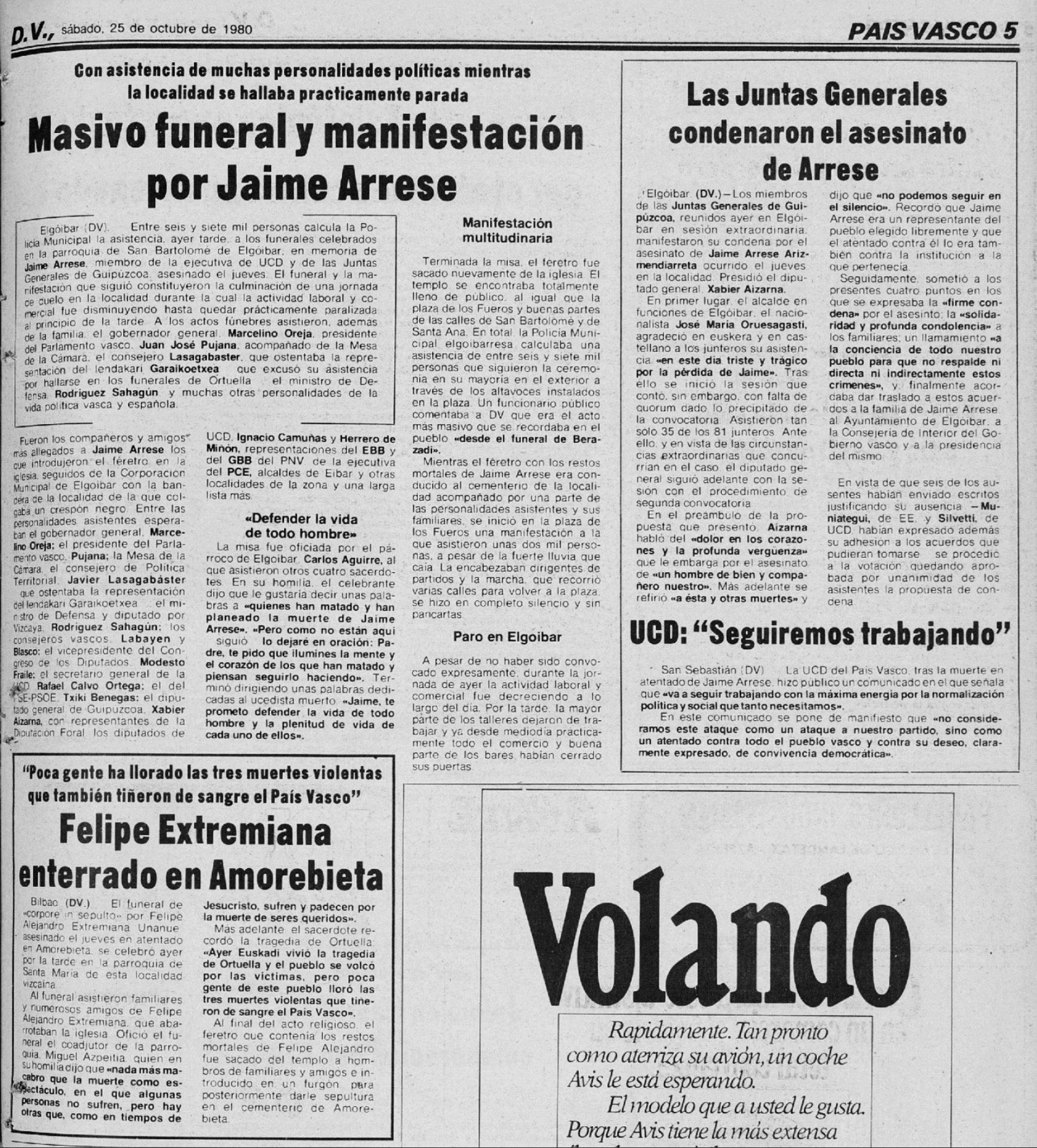 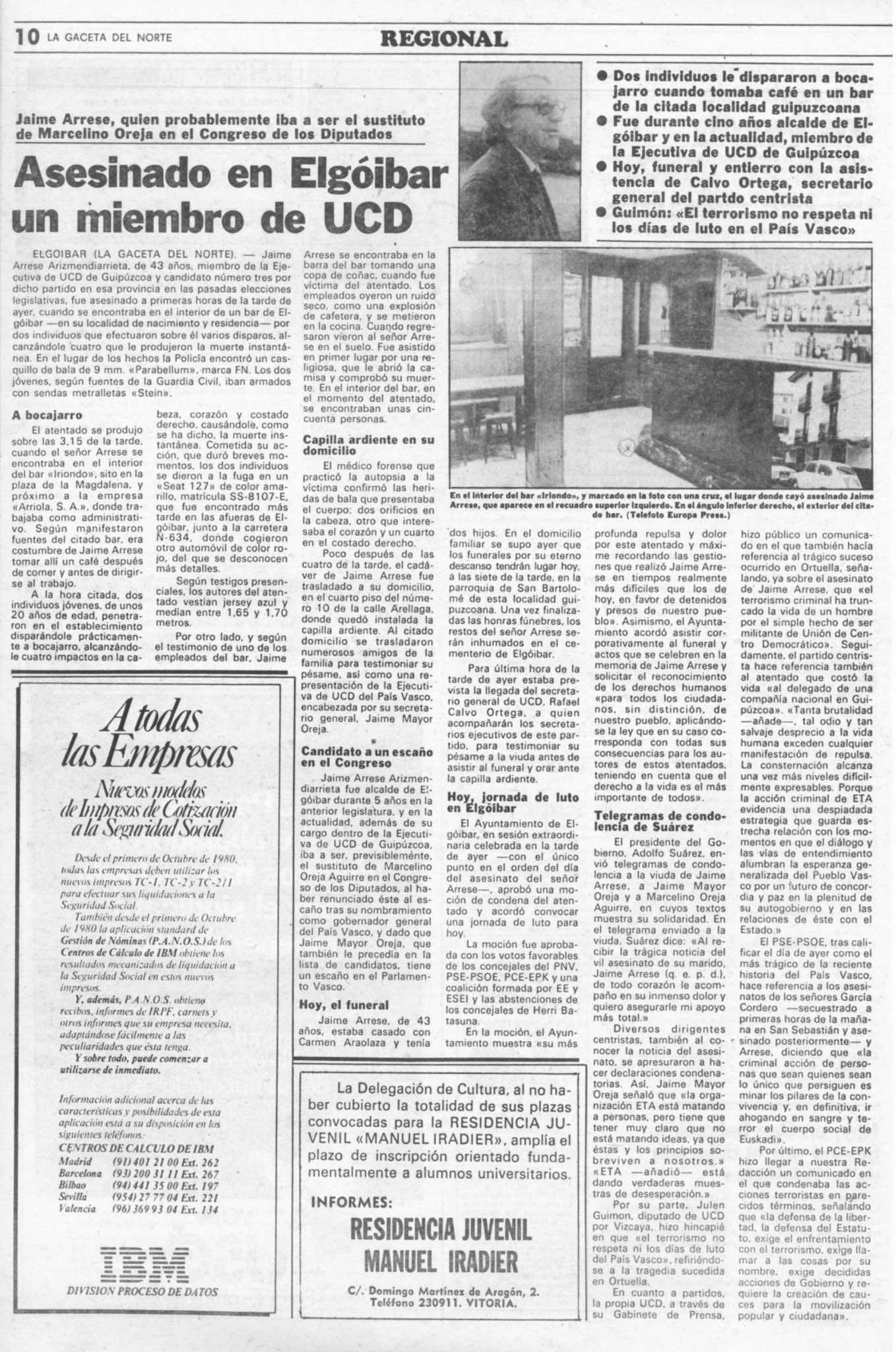