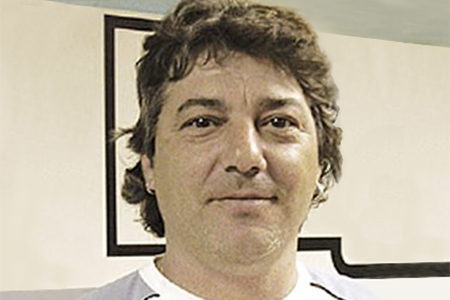 Born in: Euskadi
Age: 42
Offspring: 3
Marital status: Married
Job: Former councilman of the socialist party in Mondragón, worked at the highway toll
Date of the attack: 07/03/2008
Place of the attack: Arrasate
Weapon: Gun
Killed by: ETA

Isaías Carrasco Miguel had just got into his car to go to work when an individual shot him five times at point-blank range. Hearing the shots outside the main door of their building, his wife María Ángeles and their eldest daughter Sandra went to the scene, where they found Isaías lying on the ground. He was taken to the Alto Deba Hospital in Mondragon, where he died an hour after being admitted.
The attack took place two days before the 2008 general elections. Isaías Carrasco had been a PSOE councillor in Mondragón from 2003 to 2007, but at the time of the murder he was working for the public company Bidelan, which ran the toll plaza on the AP-1 road. After failing to be elected in the 2007 municipal elections, Carrasco gave up his bodyguard, against the advice of colleagues and friends.