Ignacio Montes Abad was a sailor. After having a few drinks in a number of bars in Lequeitio, he was on his way home to change before heading out fishing. He noticed that someone was following him and took shelter in the doorway to his apartment block, but it was too late and he was shot eight times.
Ignacio Montes was of Galician parents. In all, fewer than a dozen people attended his funeral, including his family, his ex-wife, the mayor and two PNV councillors from the town.
In his last years, Montes Abad had been hounded by left-wing nationalist groups. In 1978, slogans had appeared daubed on the streets of the town reading: “Montes: ETA is going to kill you”. 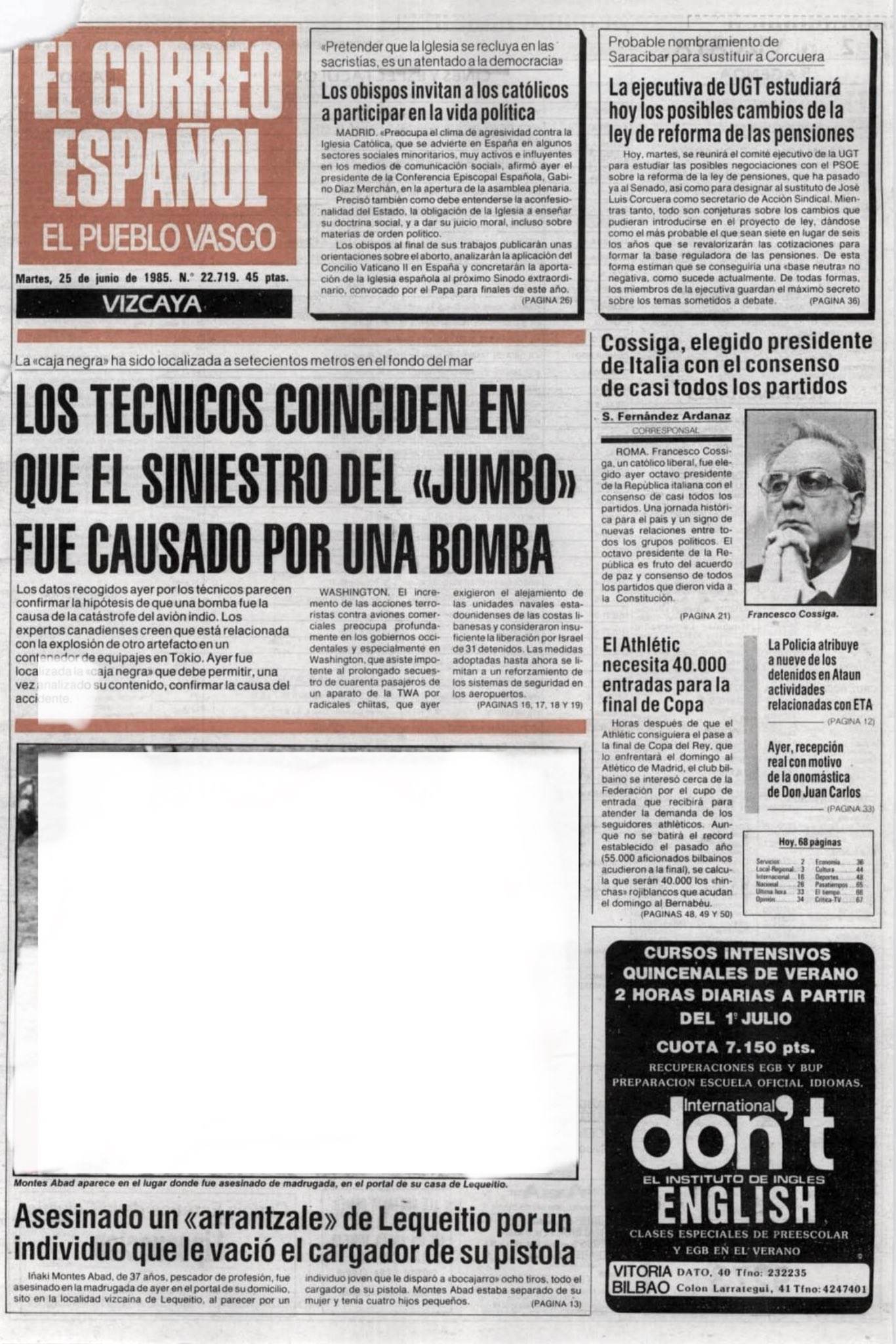 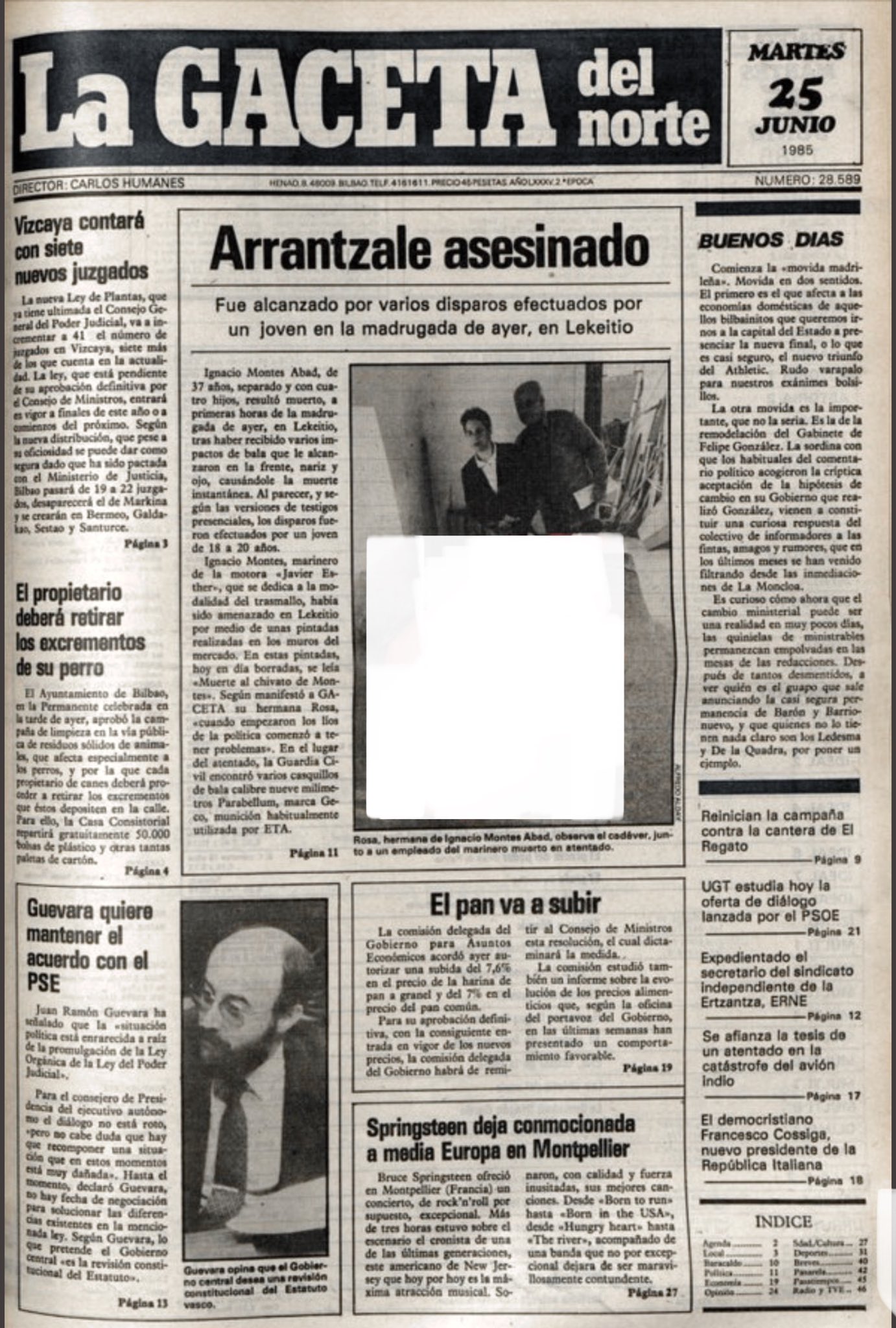 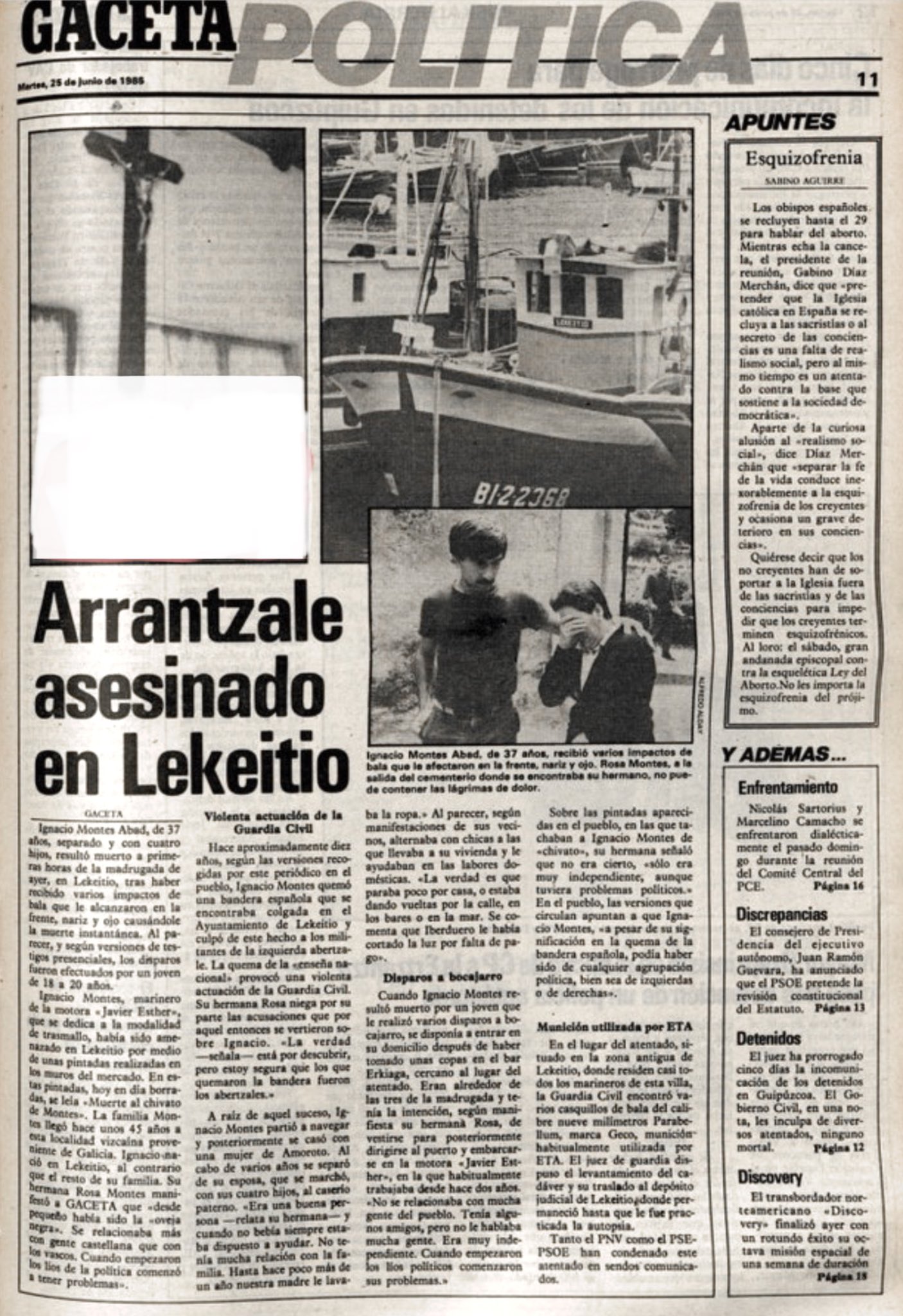 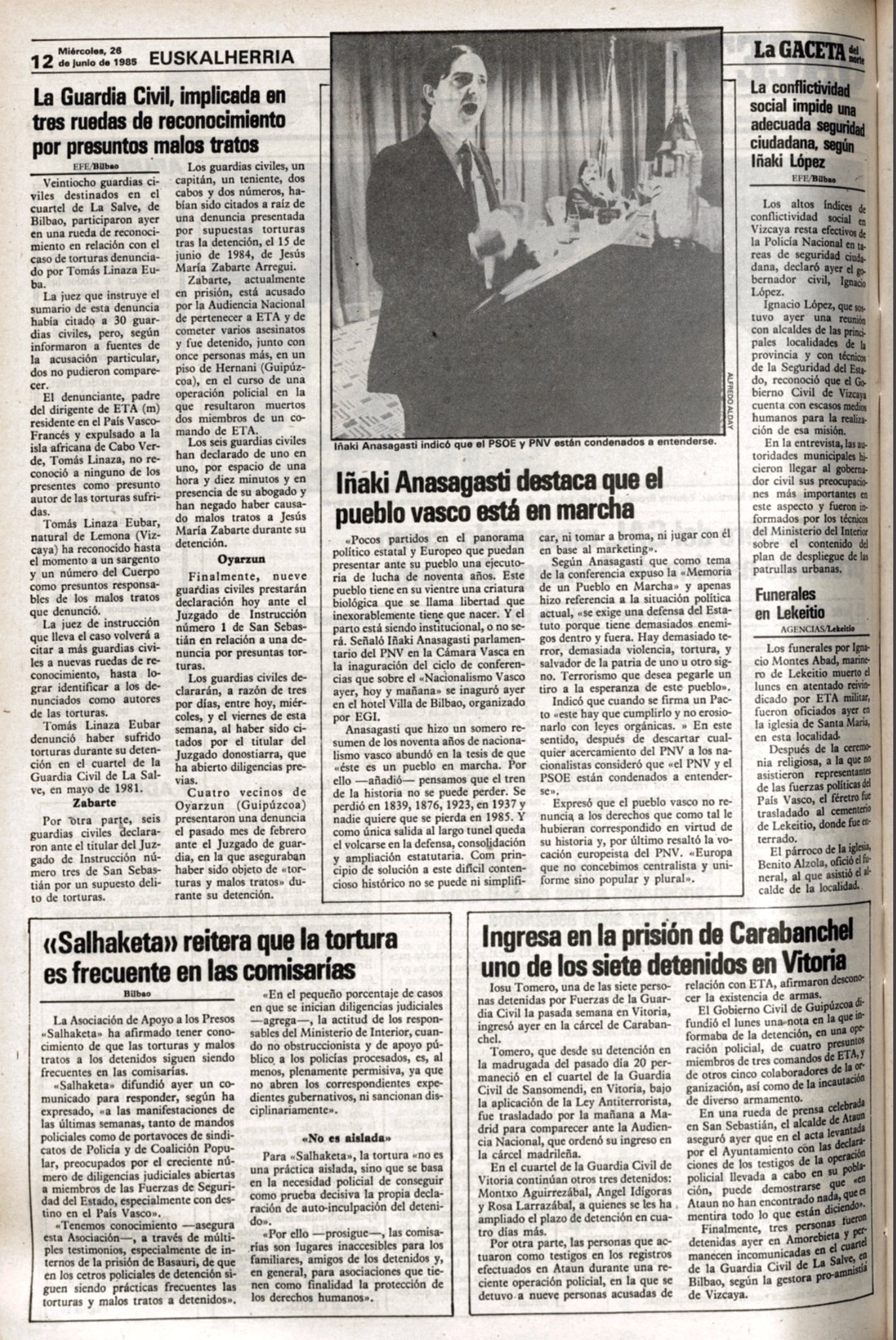