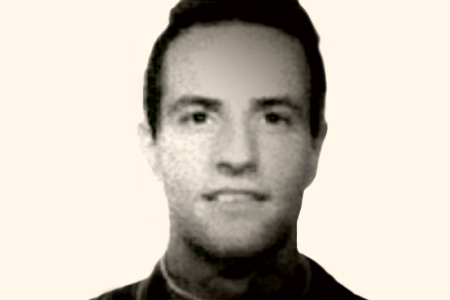 Officers Ignacio Mendiluce and Luis González Villanueva of the Basque autonomous police were on a routine patrol on a road close to the Oteizabal farmhouse when they noticed a car being driven at excessive speed. When the killer saw the two officers entering the farmhouse, he shot them in the back from a distance of less than two metres with a hunting shotgun. They were killed instantly. Some hours earlier, the perpetrator of the double killing, Mikel Otegui, had been engaged in an altercation in a bar with another police officer, whom he had struck. 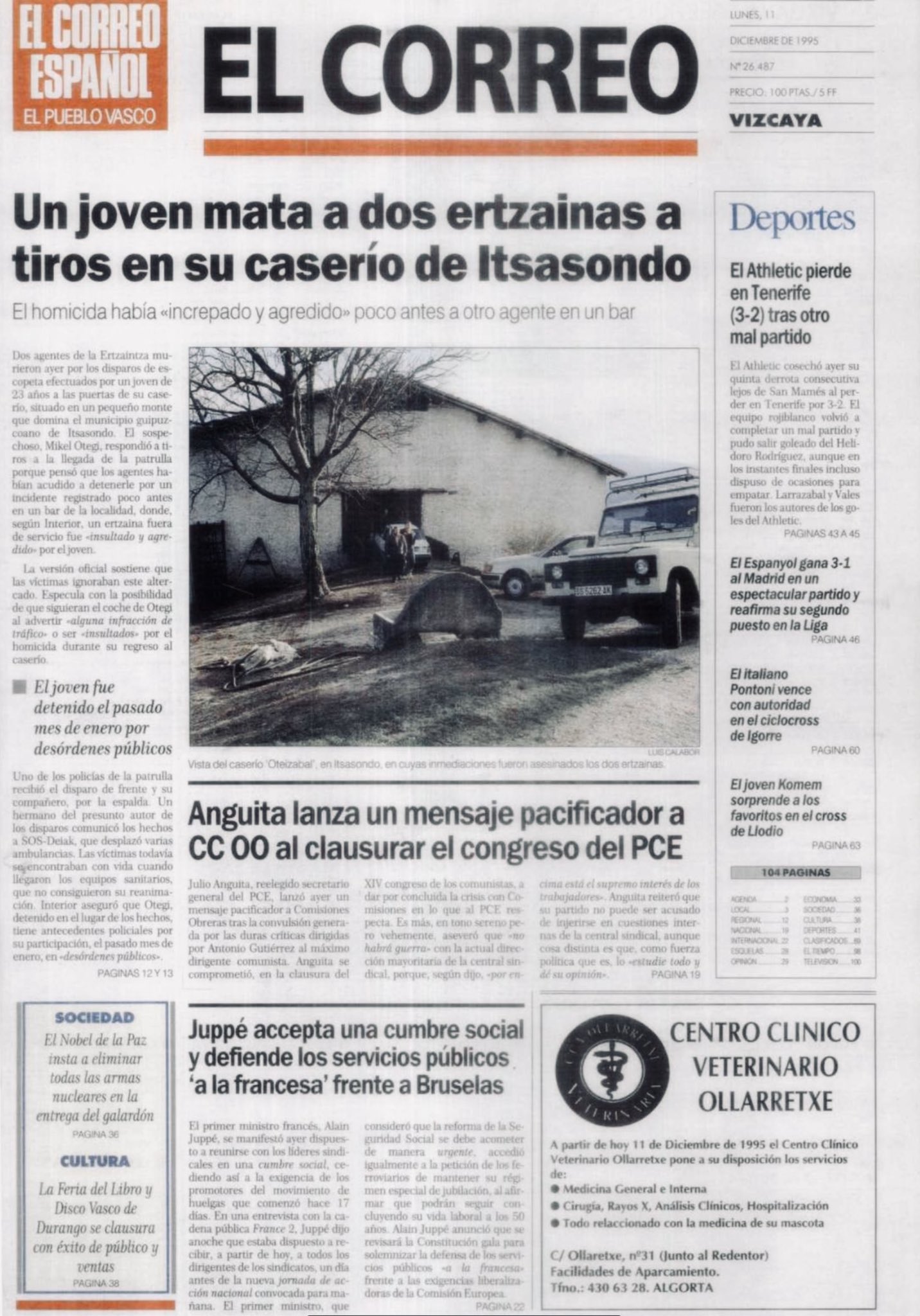 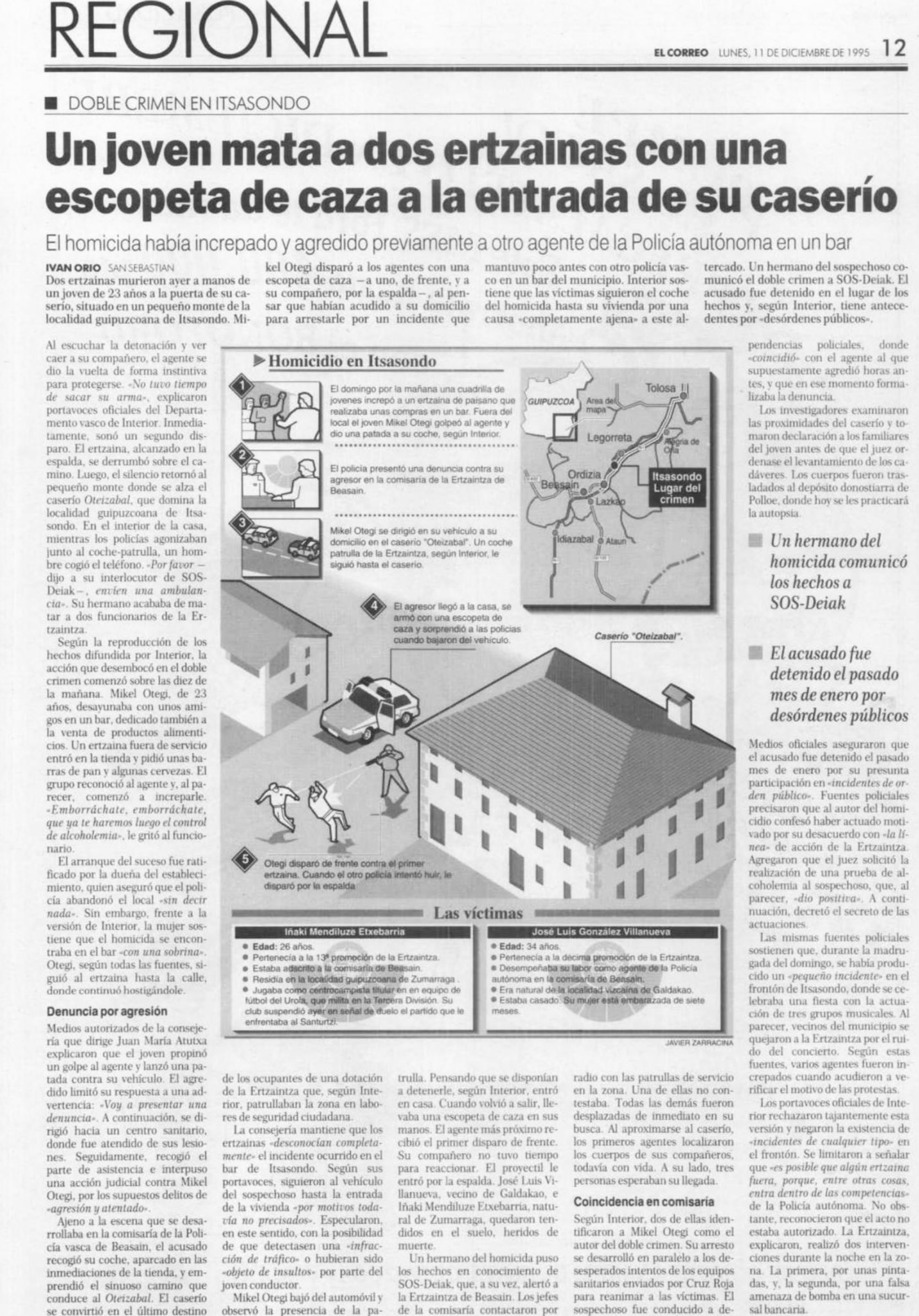 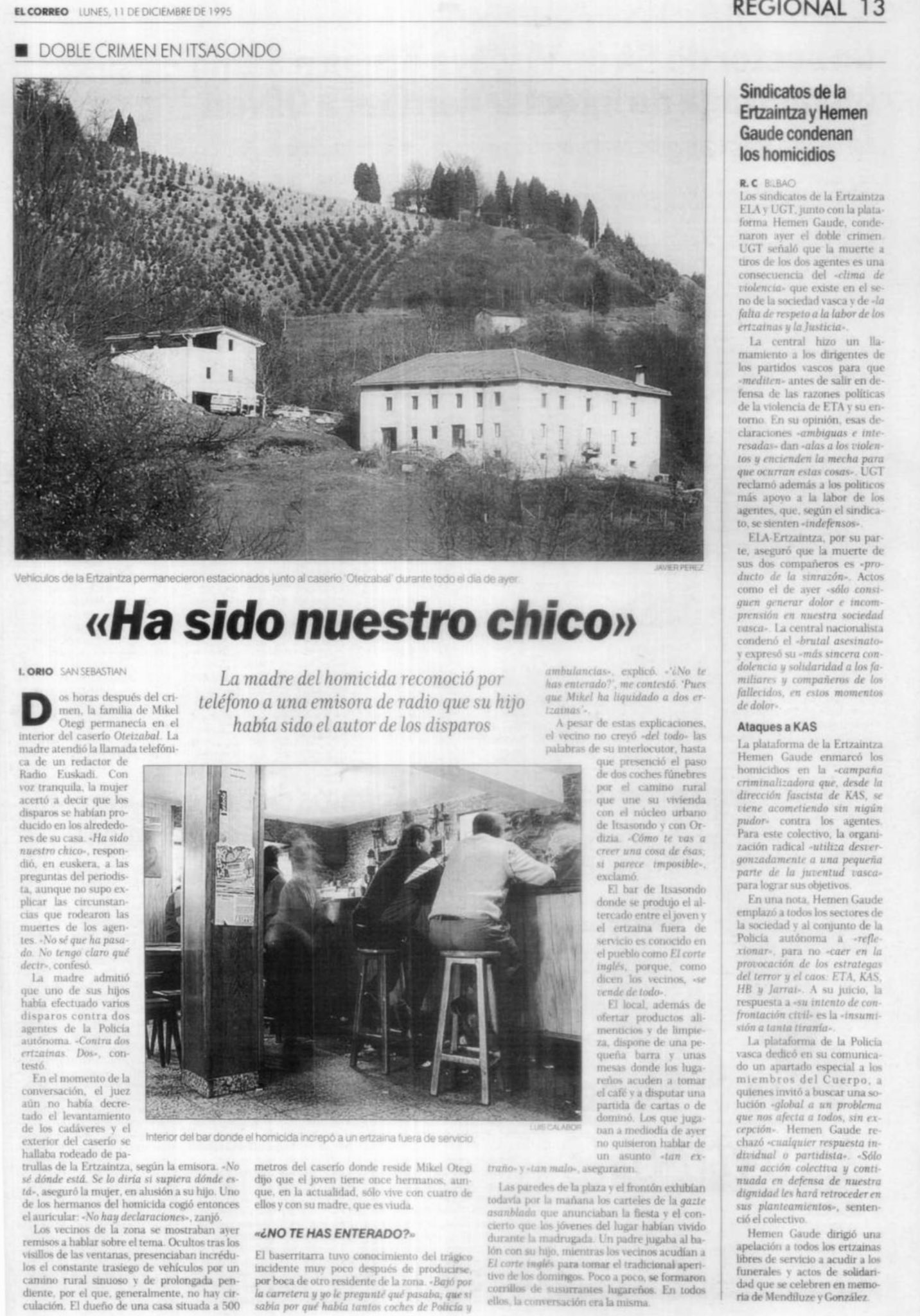 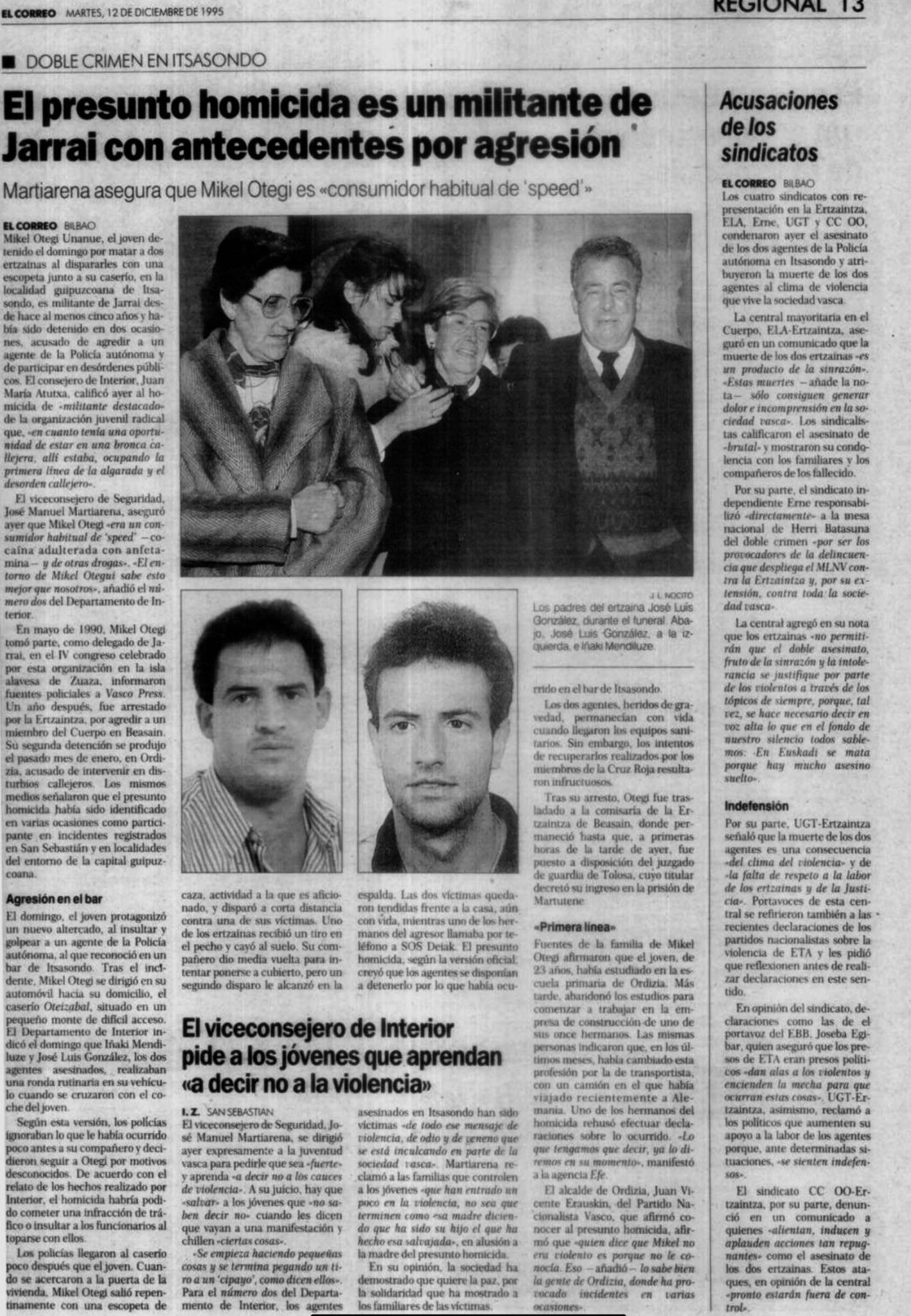 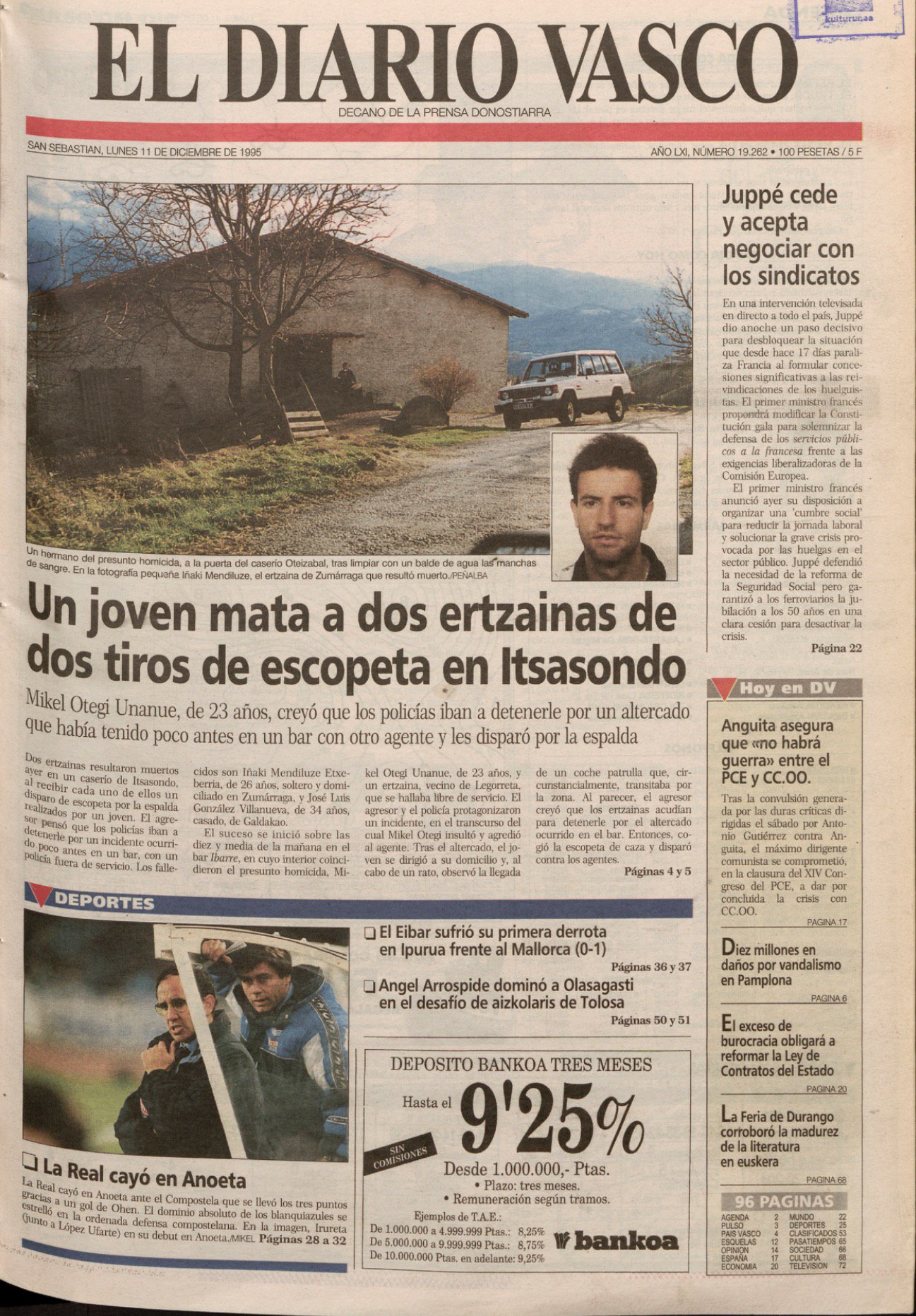 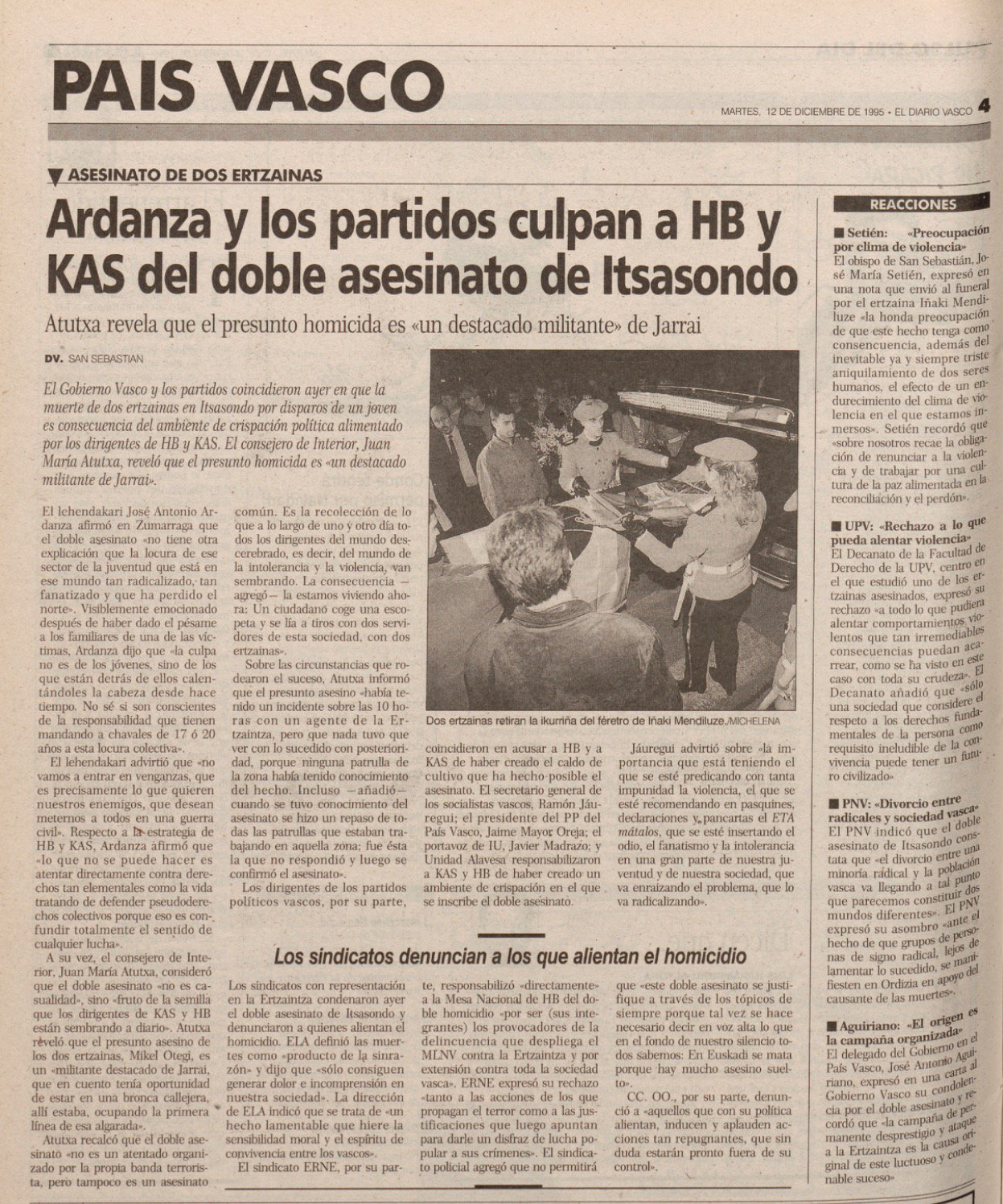 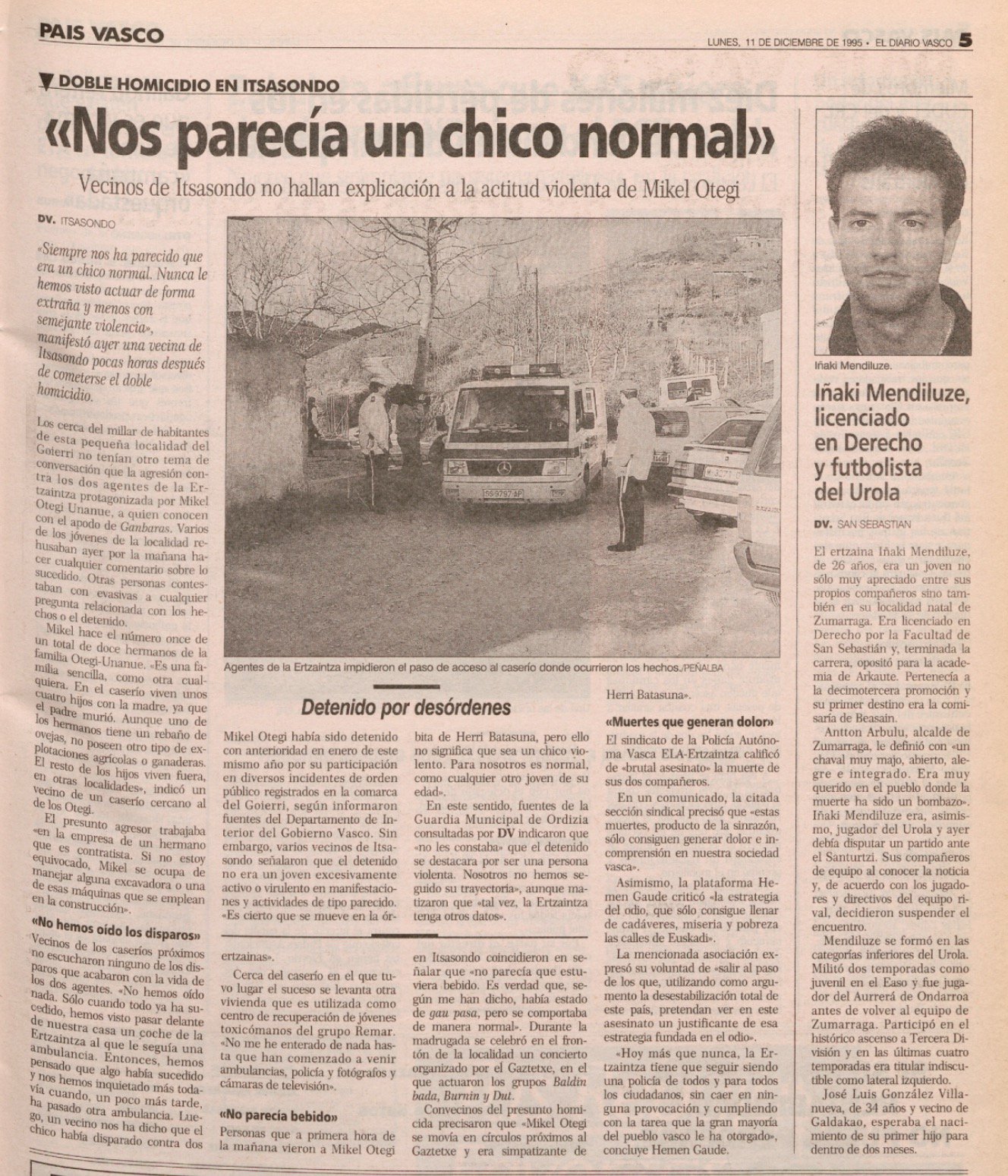 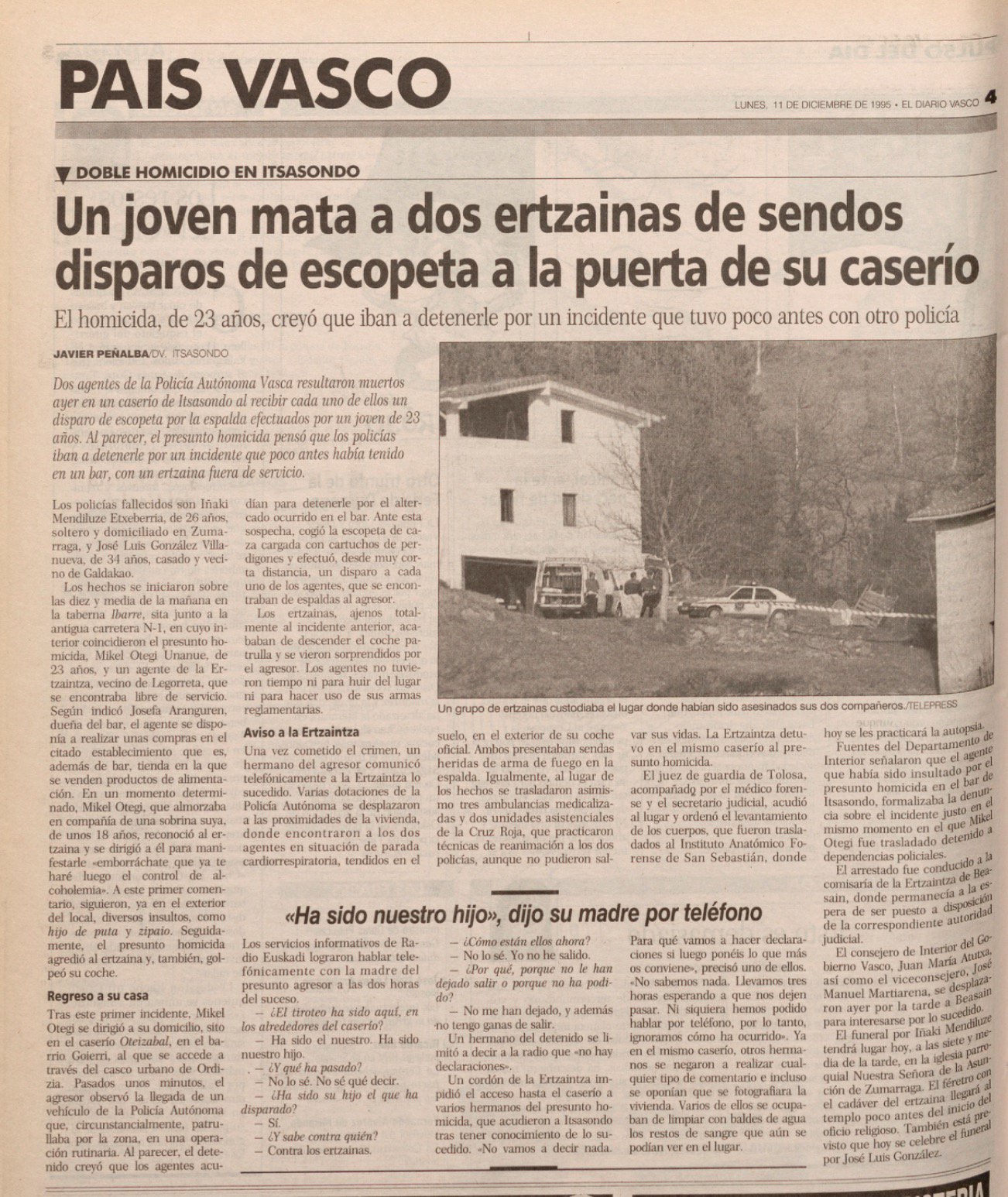