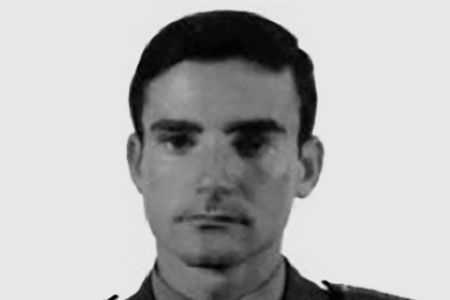 Born in: Madrid
Age: 27
Offspring: 0
Marital status: Single
Job: Lieutenant of the Civil Guard
Date of the attack: 26/07/1986
Place of the attack: Aretxabaleta
Weapon: Others explosives
Killed by: ETA

At around 8.00 am on 26 July 1986, ETA killed Civil Guard Lieutenant Ignacio Mateu Istúriz and officer Adrián González Revilla in the town of Arechavaleta in Gipuzkoa.
In the early hours of the morning, the terrorists planted a bomb in the grass in a field next to the Civil Guard barracks in the town. The two civil guards were notified and went to inspect the area and to locate and defuse the device However, the bomb went off, killing both men. González Revilla was killed instantly and Lieutenant Mateu died while being taken by ambulance to the Ortiz de Zárate hospital in Vitoria.
Ignacio Mateu was the son of the magistrate José Francisco Mateu, who was shot dead by ETA in 1978. According to ABC newspaper, his father had not been very happy about his son joining the Guardia Civil, telling him: “One person in the family with a death threat against them is more than enough”.
On the day of his father’s killing, Ignacio had been planning to travel to Madrid to take a language course. However, when he heard about the ETA attack, he decided to stay. 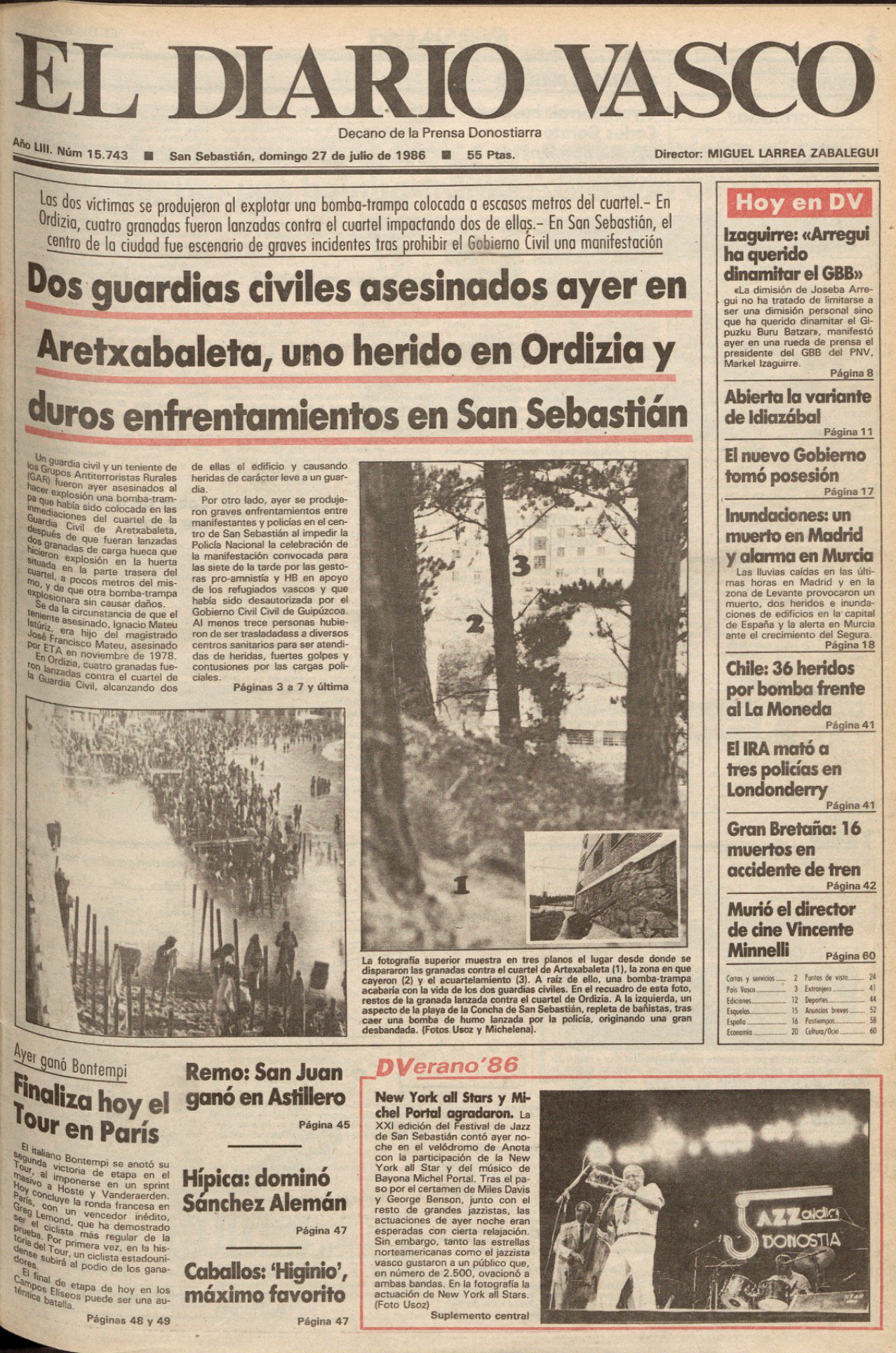 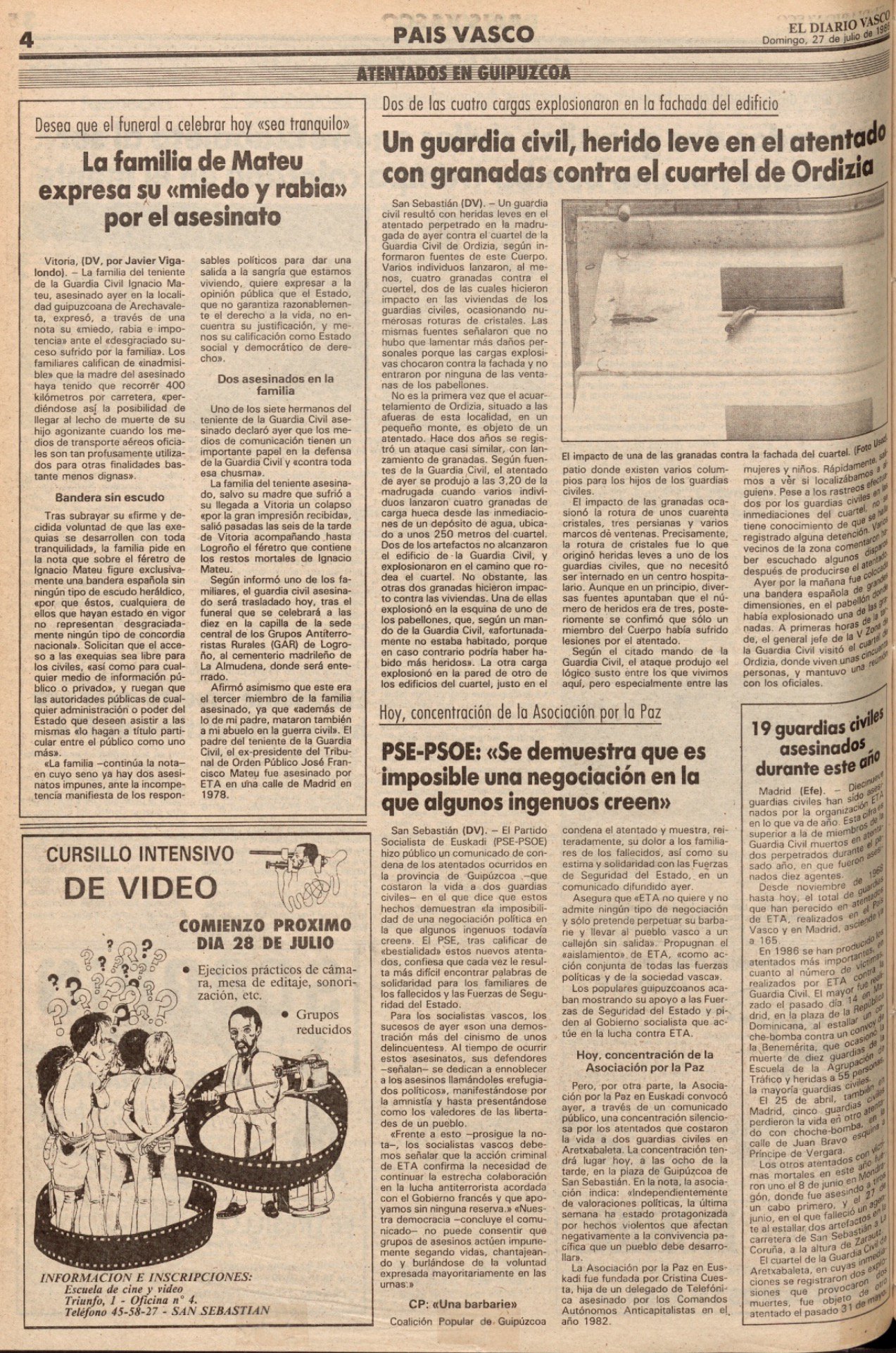 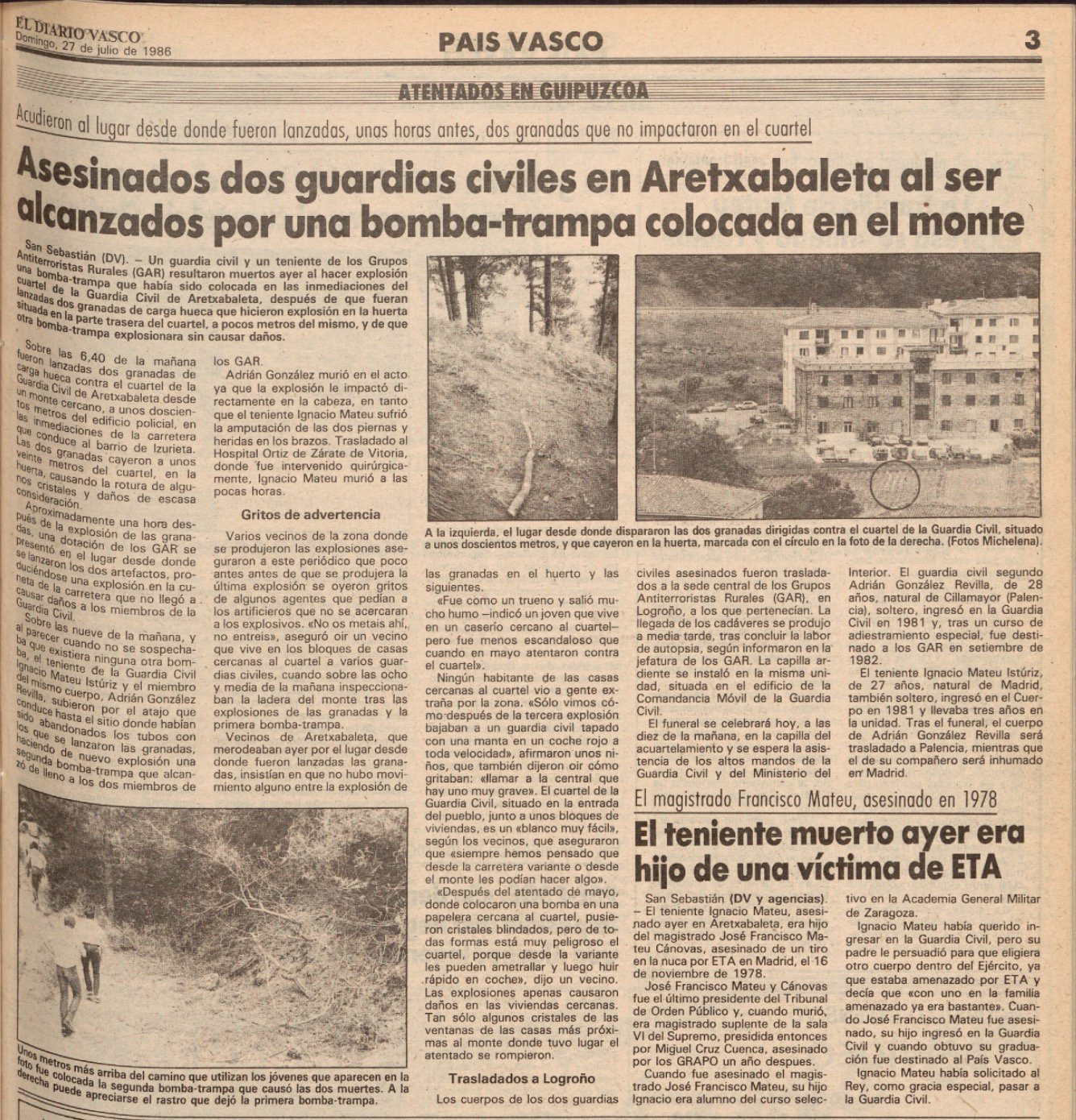