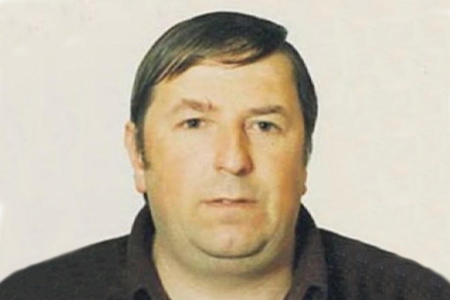 Ignacio Lasa de Rezola owned and ran a bar. At the time of the attack, the bar was quiet and he was reading a newspaper. The only other person there was his aunt. Two armed individuals entered the bar. They forced the woman into an adjoining dining room, and after asking Ignacio some questions and pulling out the phone wires, one of them shot him in the head. Ignacio died instantly.
The terrorists got away in a Renault 12 which had been stolen at gunpoint some hours earlier. They had forced the owner of the vehicle into the boot of the car, and he was still there as the attack was being carried out. 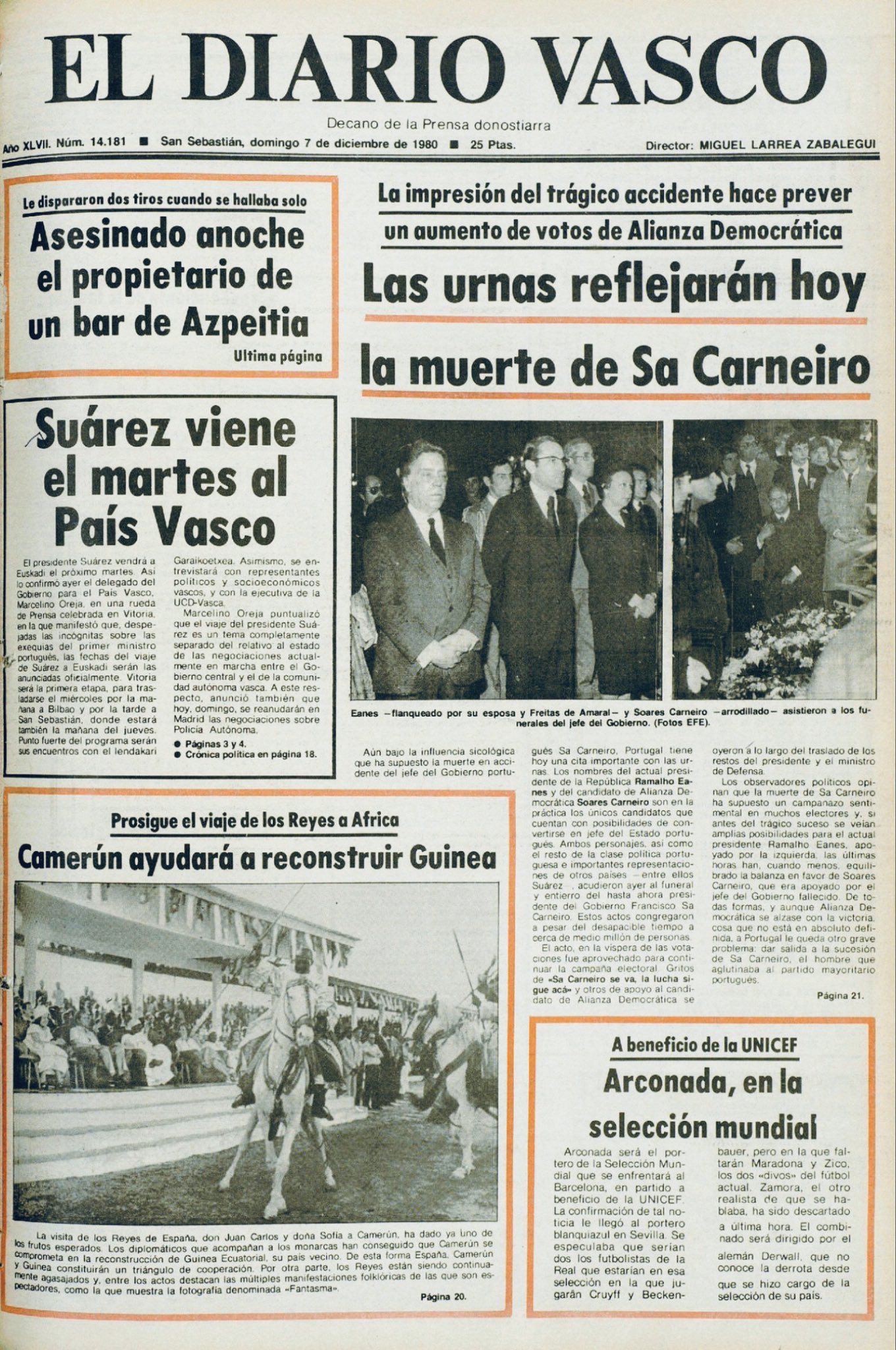 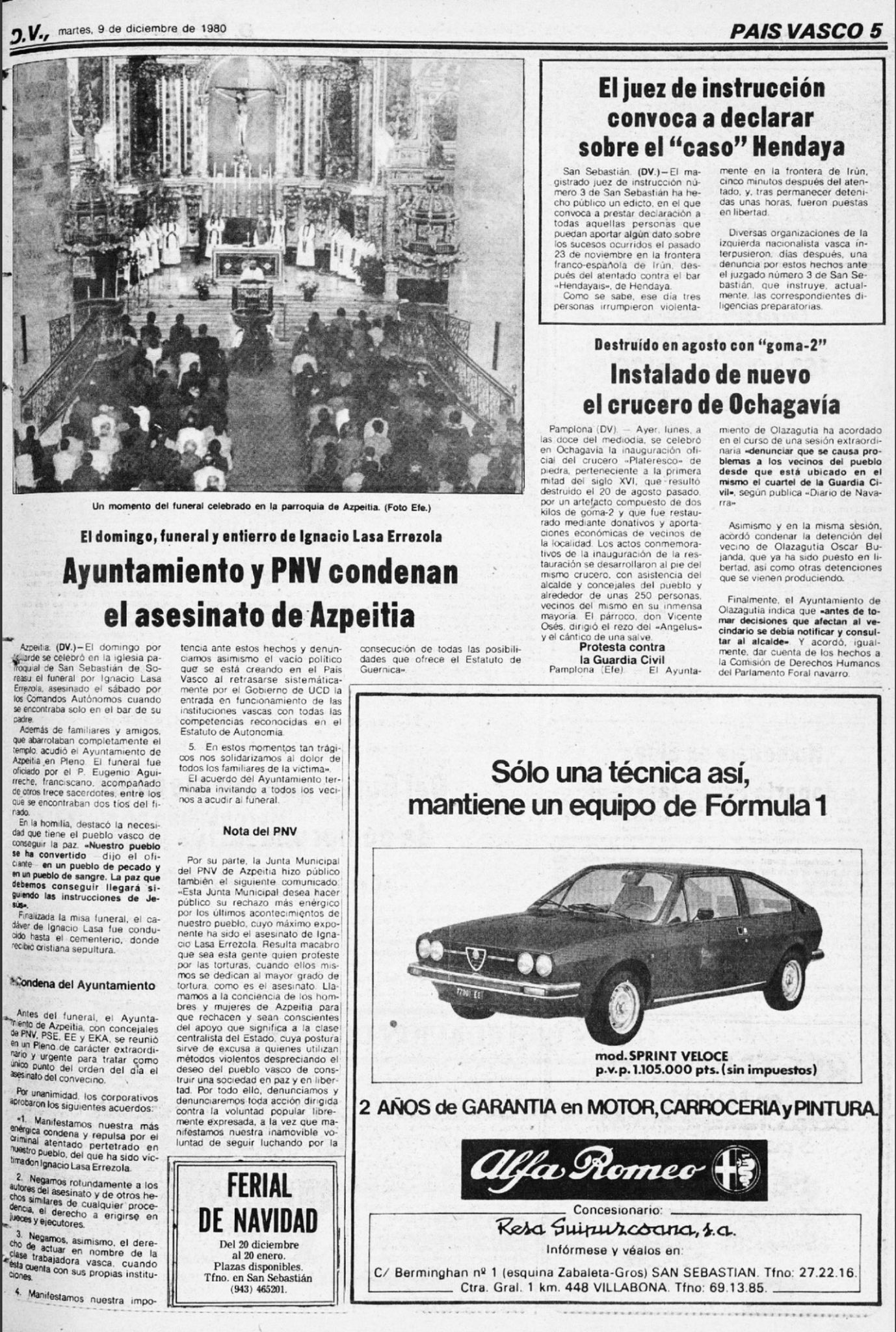 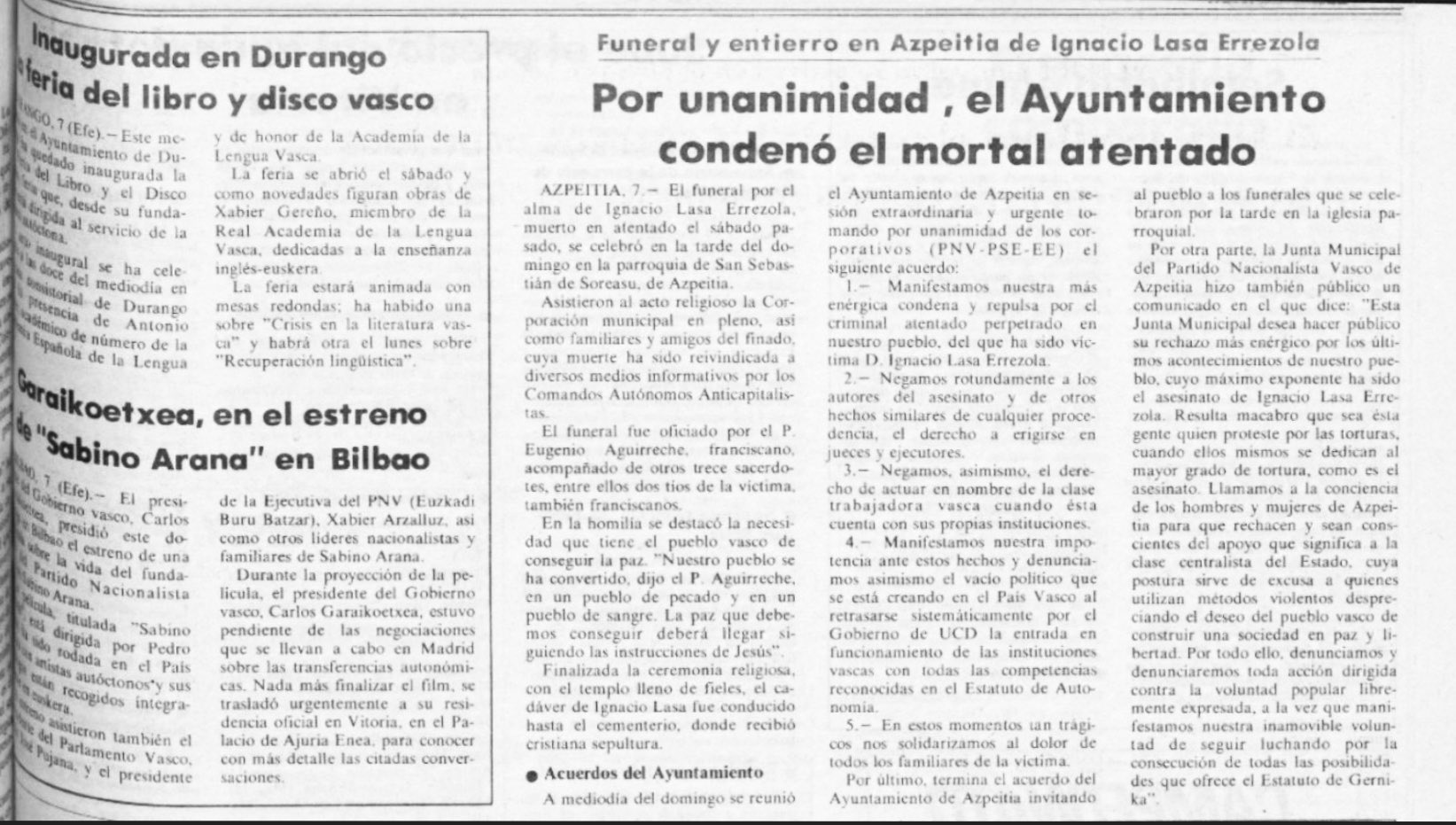 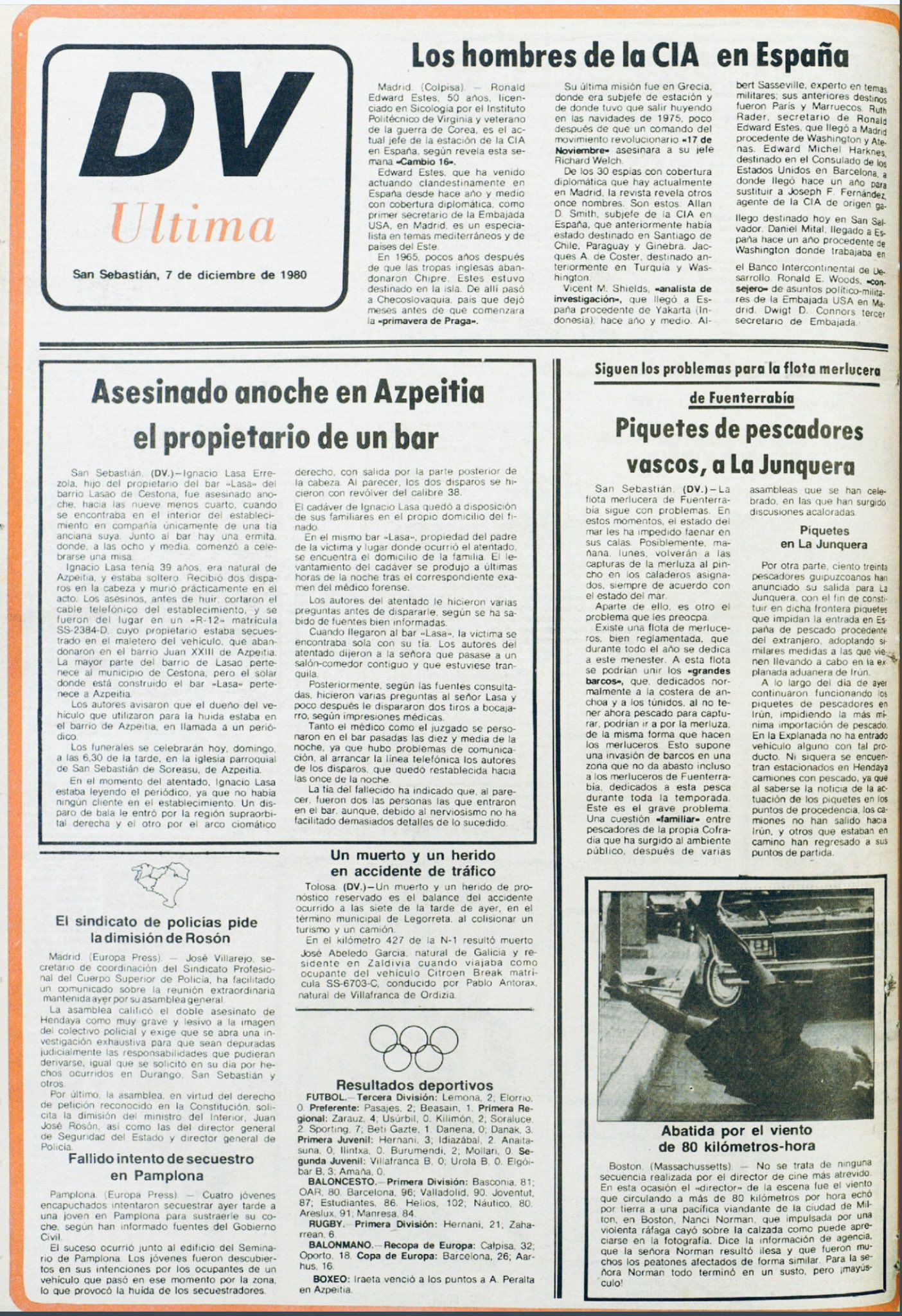