At 11.15 am on 19 July 1989, Colonel José María Martín-Posadillo Múñiz was travelling in an official car with Major Ignacio Julio Barangua Arbués and their driver, Private Fernando Vilches Herranz. They had just left the Army HQ and stopped at a RENFE office to do some business, when two ETA members drove past, strafing their vehicle with machine-gun fire. José María Martín-Posadillo Múñiz and Ignacio Julio Barangua Arbués were both hit in the head and died instantly. Private Fernando Vilches, aged 18, who was serving his first day as a chauffeur, was very seriously injured in the attack. Ignacio Julio Barangua Arbués, originally from Zaragoza, was married and had a 12-year-old daughter. He was buried in the cemetery in Valladolid. 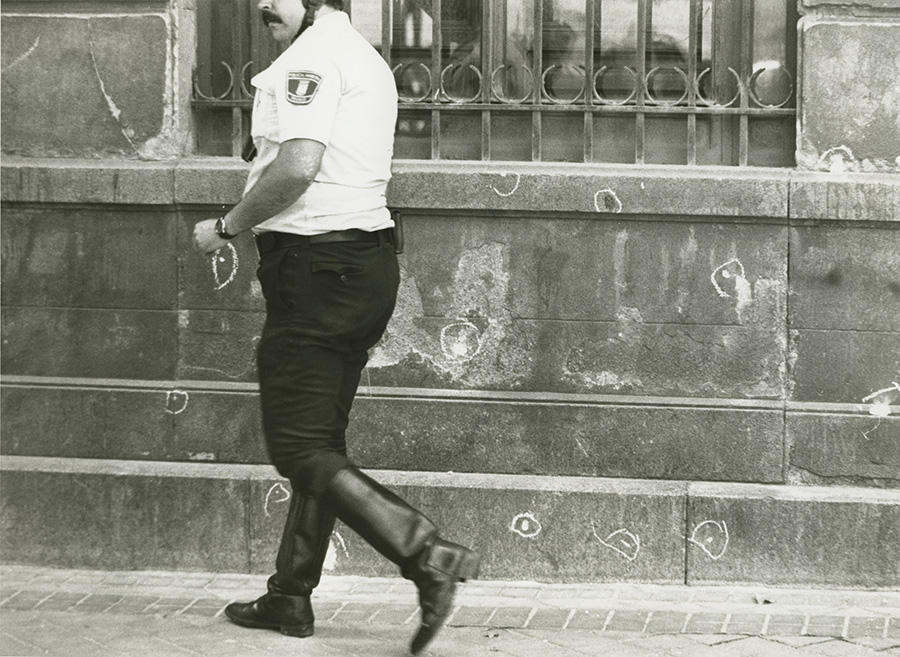