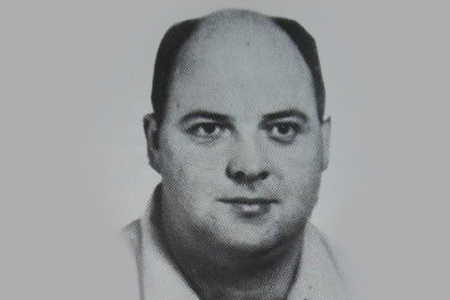 Born in: Euskadi
Offspring: 0
Job: Entrepreneur of the Hospitality sector
Date of the attack: 05/10/1975
Place of the attack: Elorrio
Weapon: Automatic Riffle
Killed by: Extreme Right

Ignacio Etxabe Orobengoa was in his guest house when he was shot and killed by three individuals with machine-guns who have never been identified. Ignacio was the brother of former ETA-militar leader Juan José Etxabe and his business had already suffered two attacks in the previous months, during waves of attacks by uncontrolled individuals. This was the first killing attributed to far-right pro-Franco terrorists in Spain, but no group ever claimed responsibility for the attack. 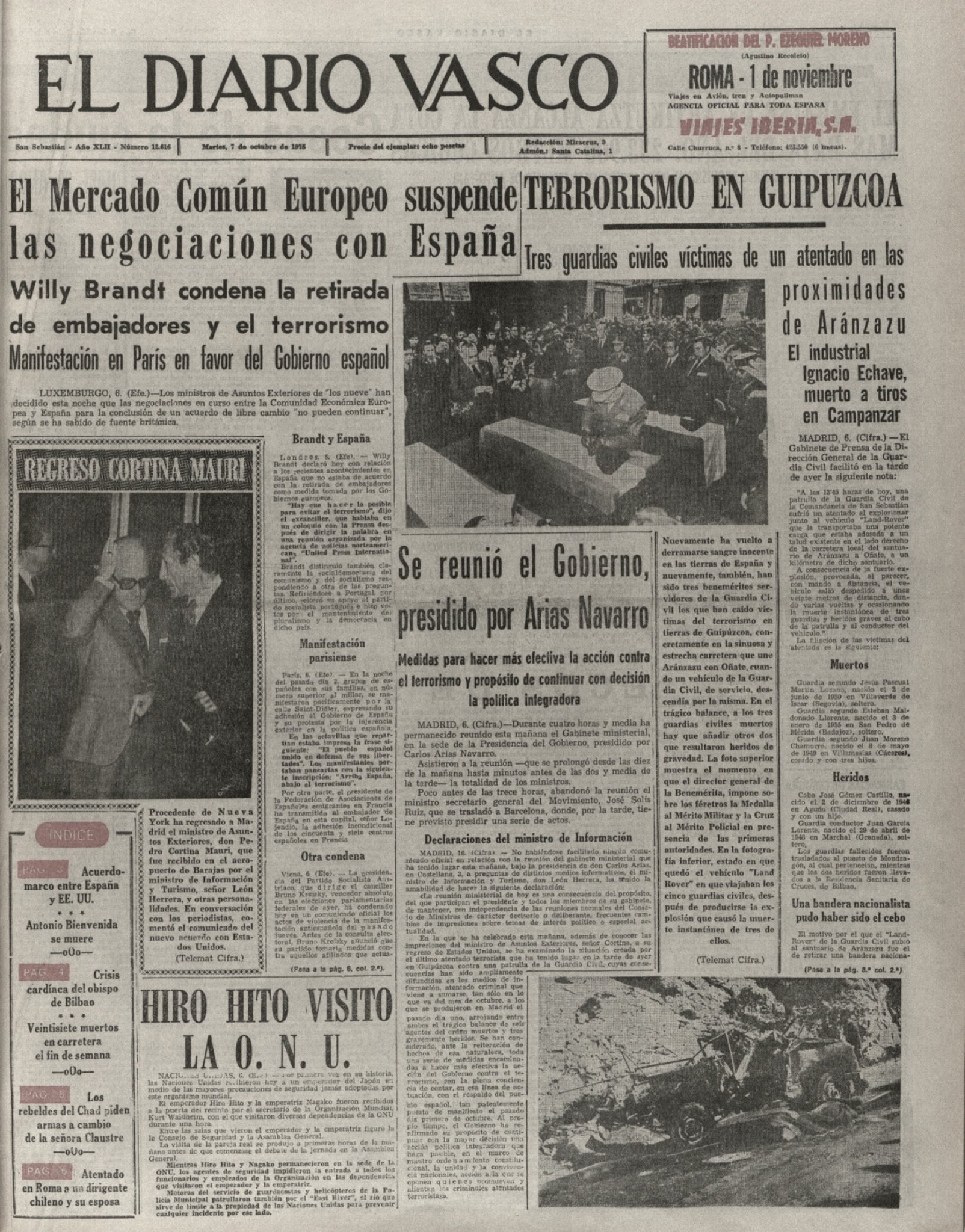 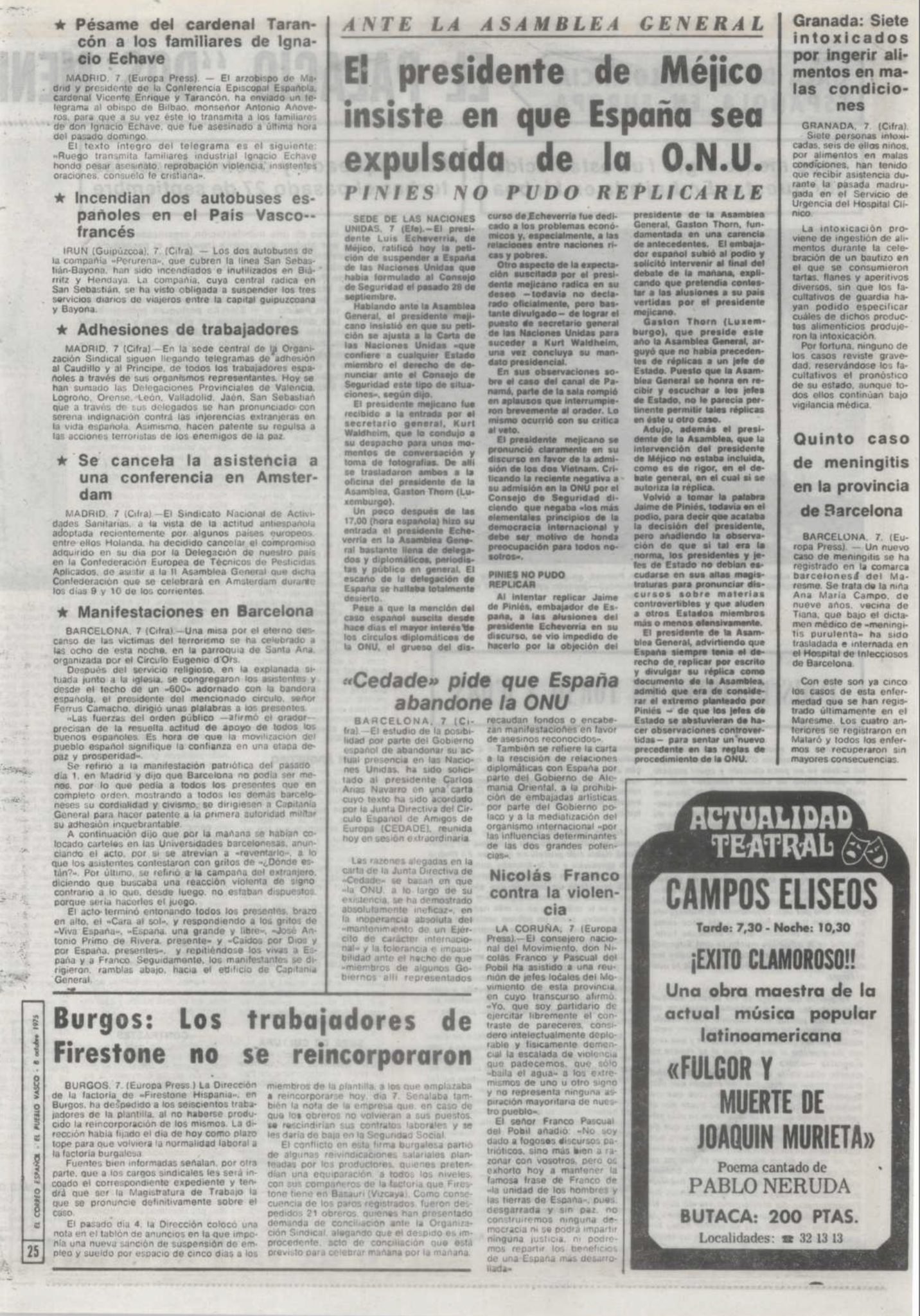 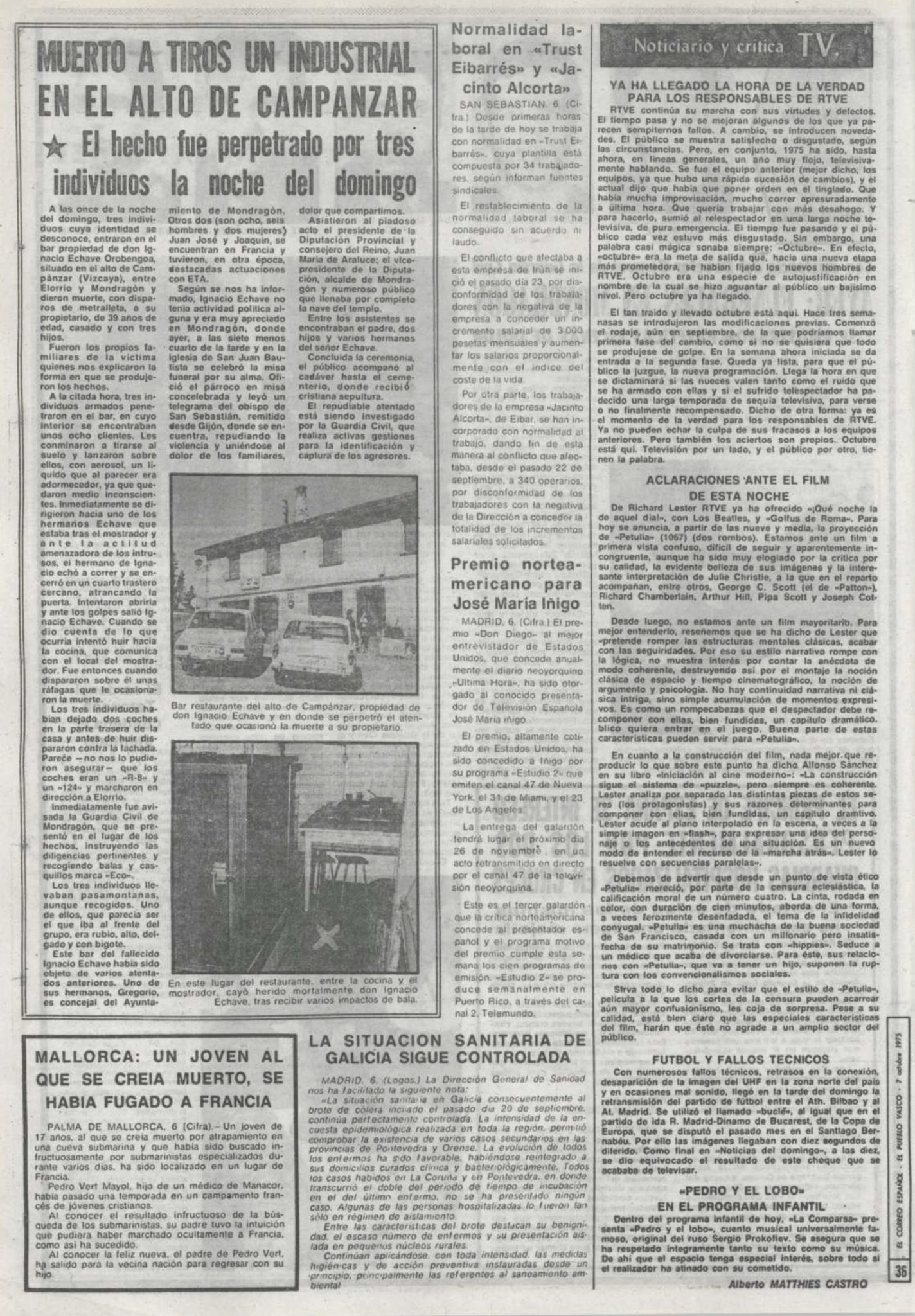 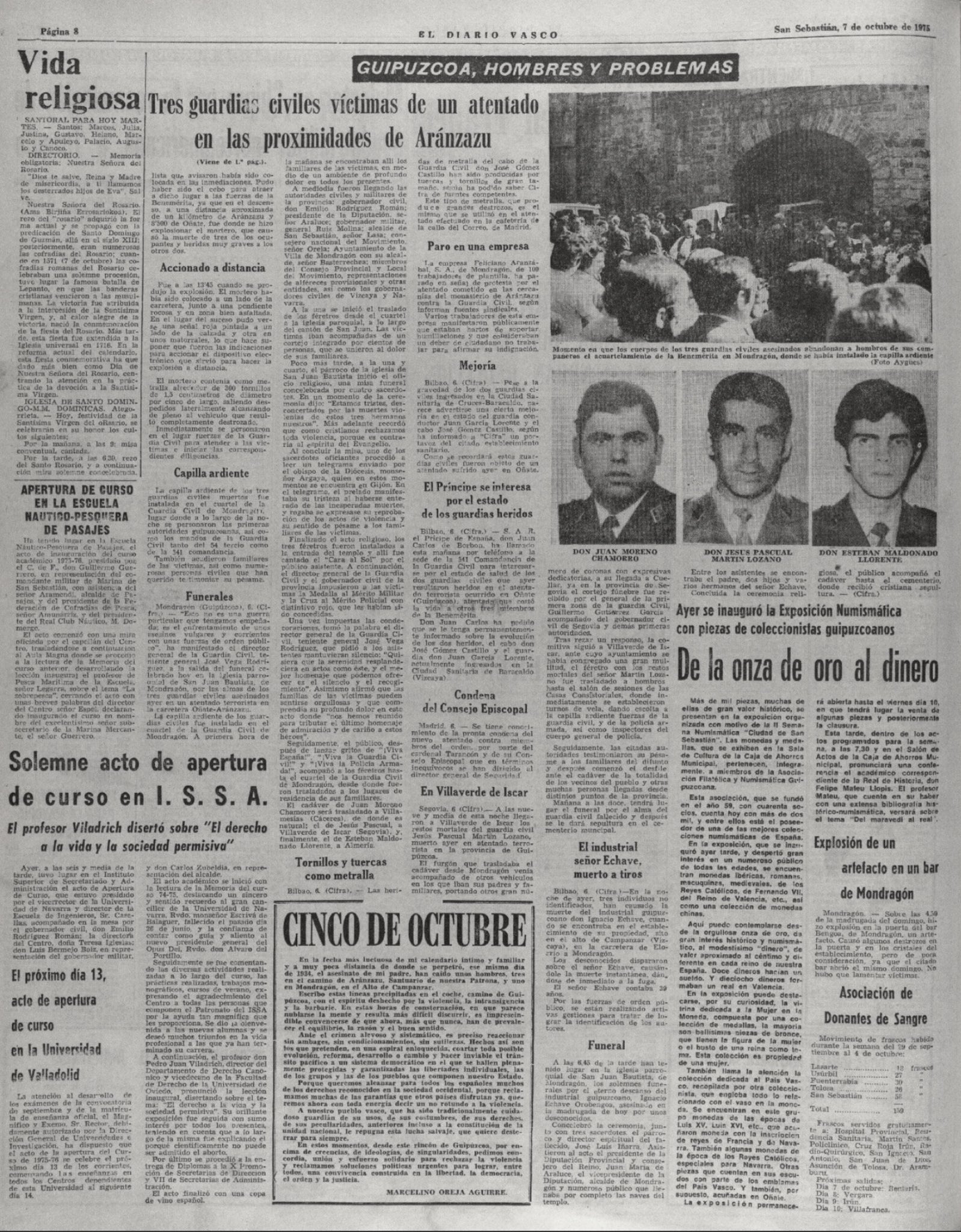