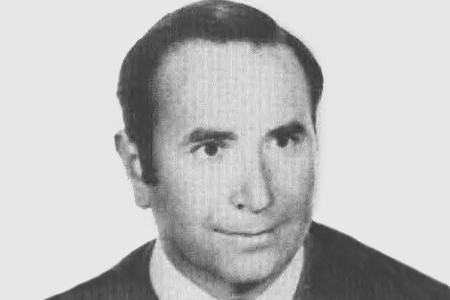 At around 6 pm, someone ordered a taxi on the excuse that their car had broken down in an area known as Castillo del Inglés. Taxi driver Ignacio Arocena Arbelaiz agreed to take the client to the area, but the client forced him to take a detour on a country road and eventually killed him.

When he had not returned home by the early hours of the morning, Ignacio’s family reported his disappearance to the Civil Guard. The taxi was found early the next morning with Ignacio’s body inside. He had been shot twice in the head.

ETA accused the victim of being “an informer of the state security forces”. 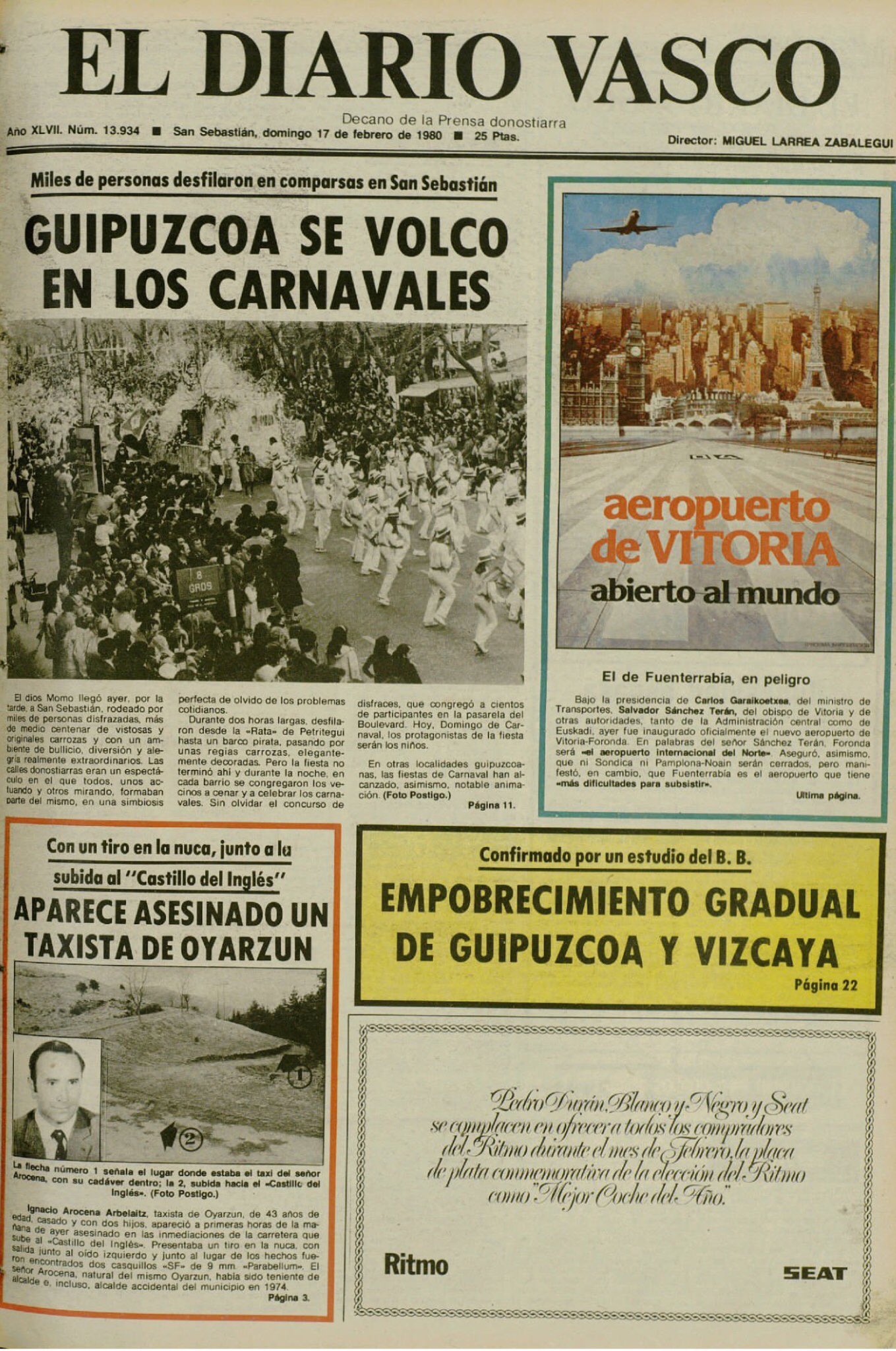 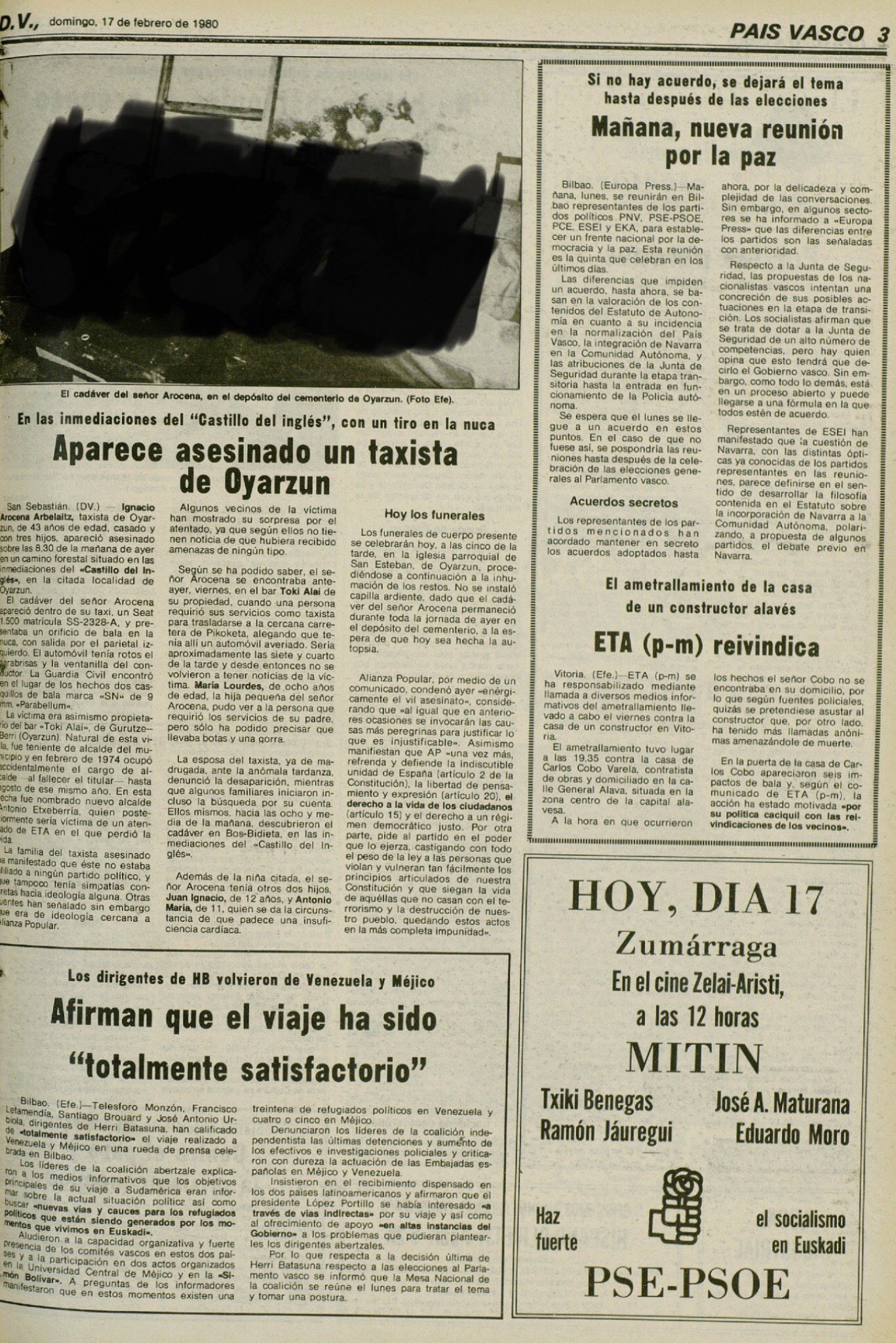 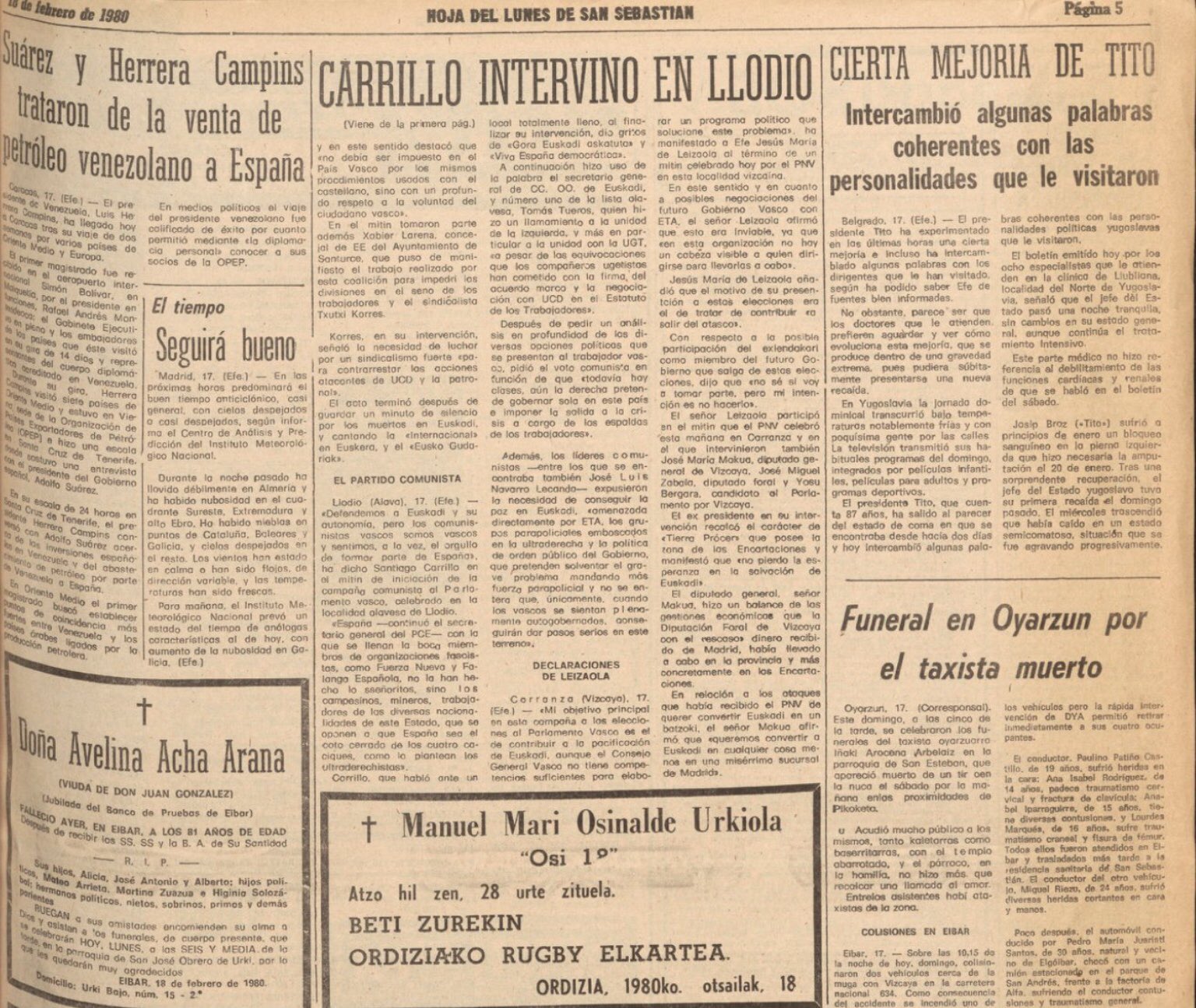