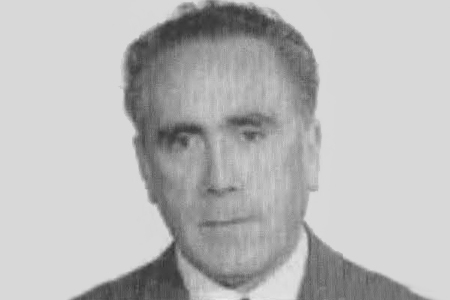 Heliodoro Arriaga Ciaurri left the Civil Guard in 1965 and went to work for a private company in Villabona. It was there that he met his wife, Natividad Aguirre Leustegui. At the time of Heliodoro’s death in 1978, their son was ten years old.
His widow knew of no reason why ETA chose to kill him. He had received no threats that she knew of, and yet he had already been sentenced to death by the organisation. Heliodoro left home at around 7.15 am. He was shot seven times by five ETA members who had been lying in wait for him. By the time a neighbour found him some minutes later, he was already dead. 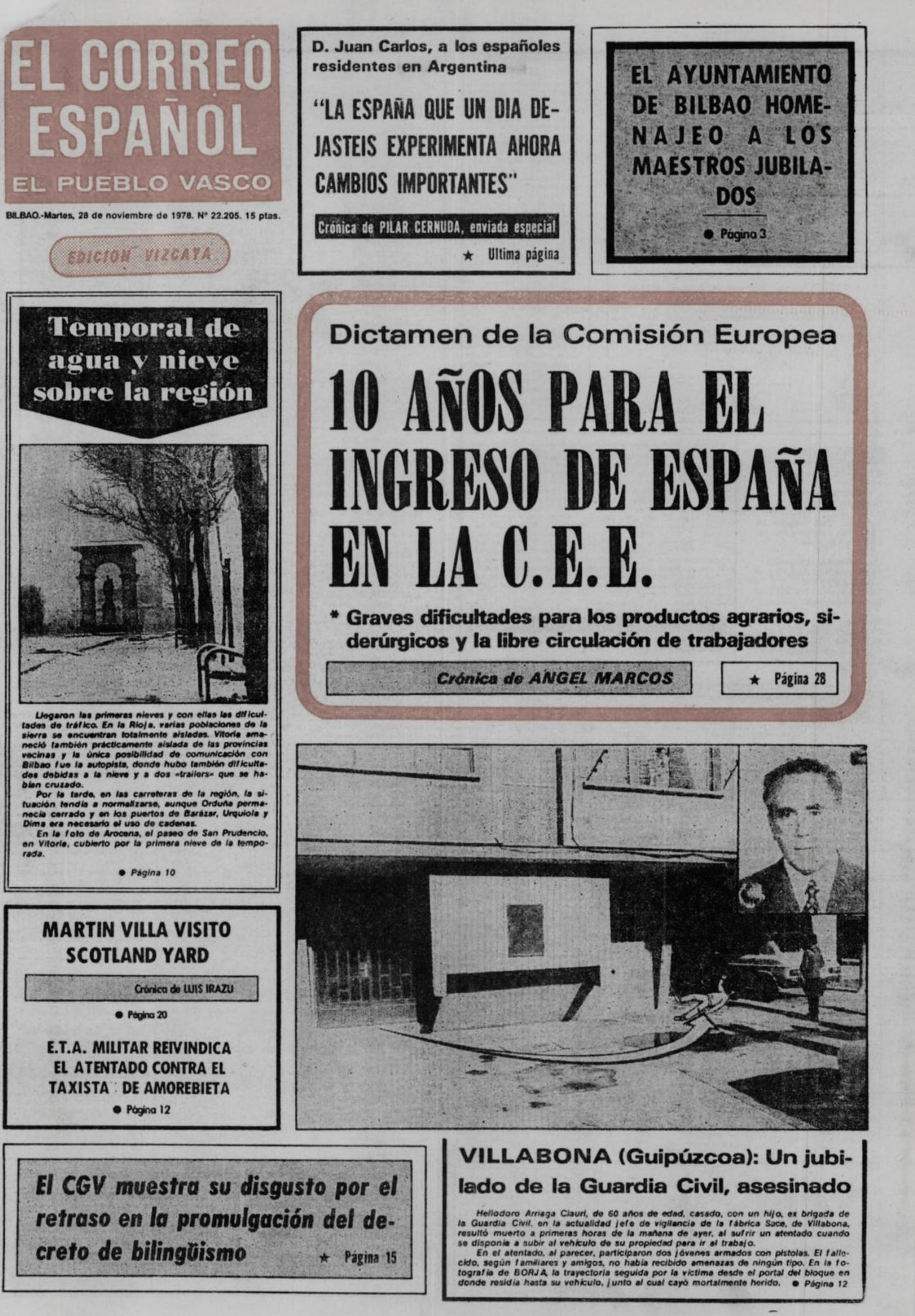 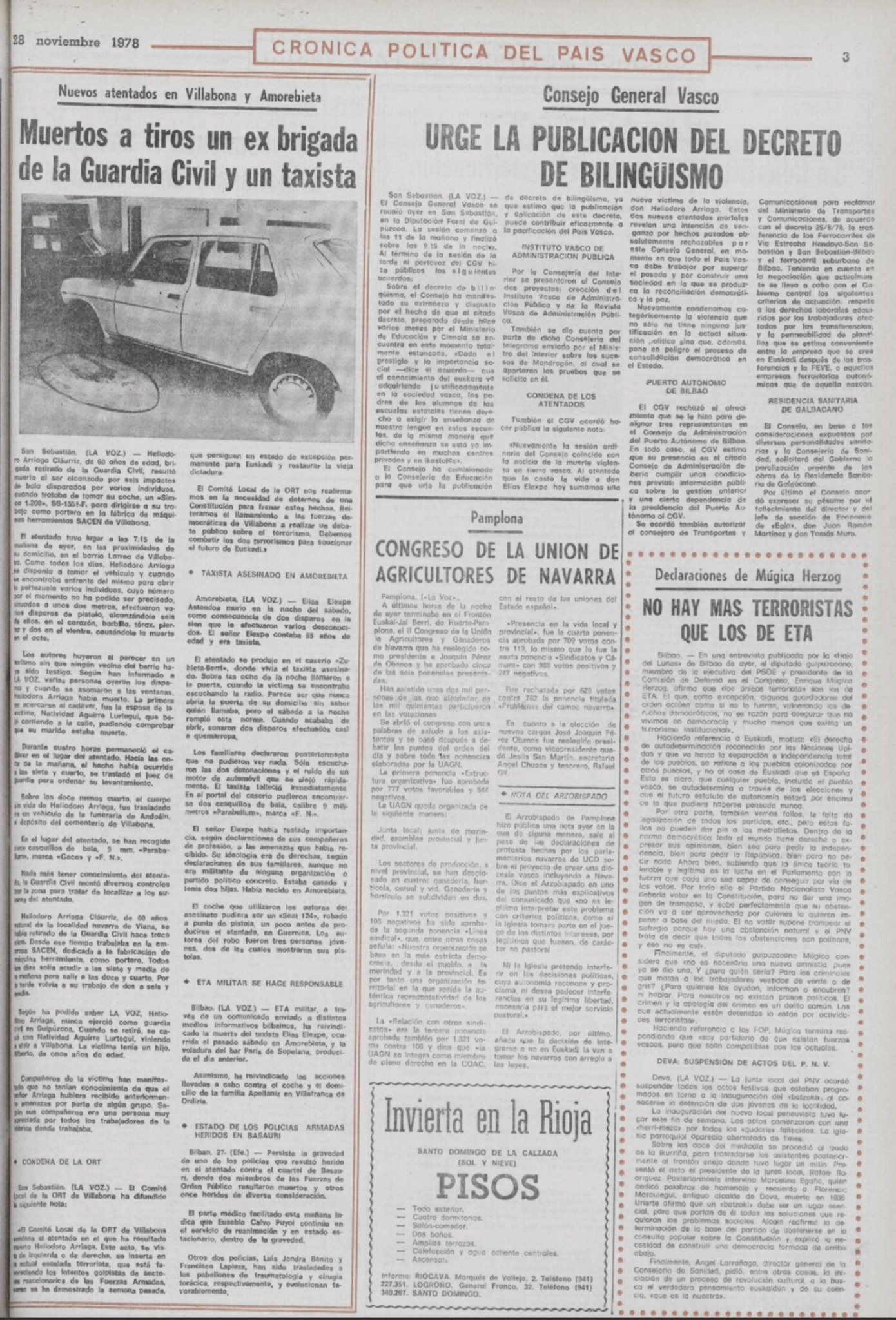 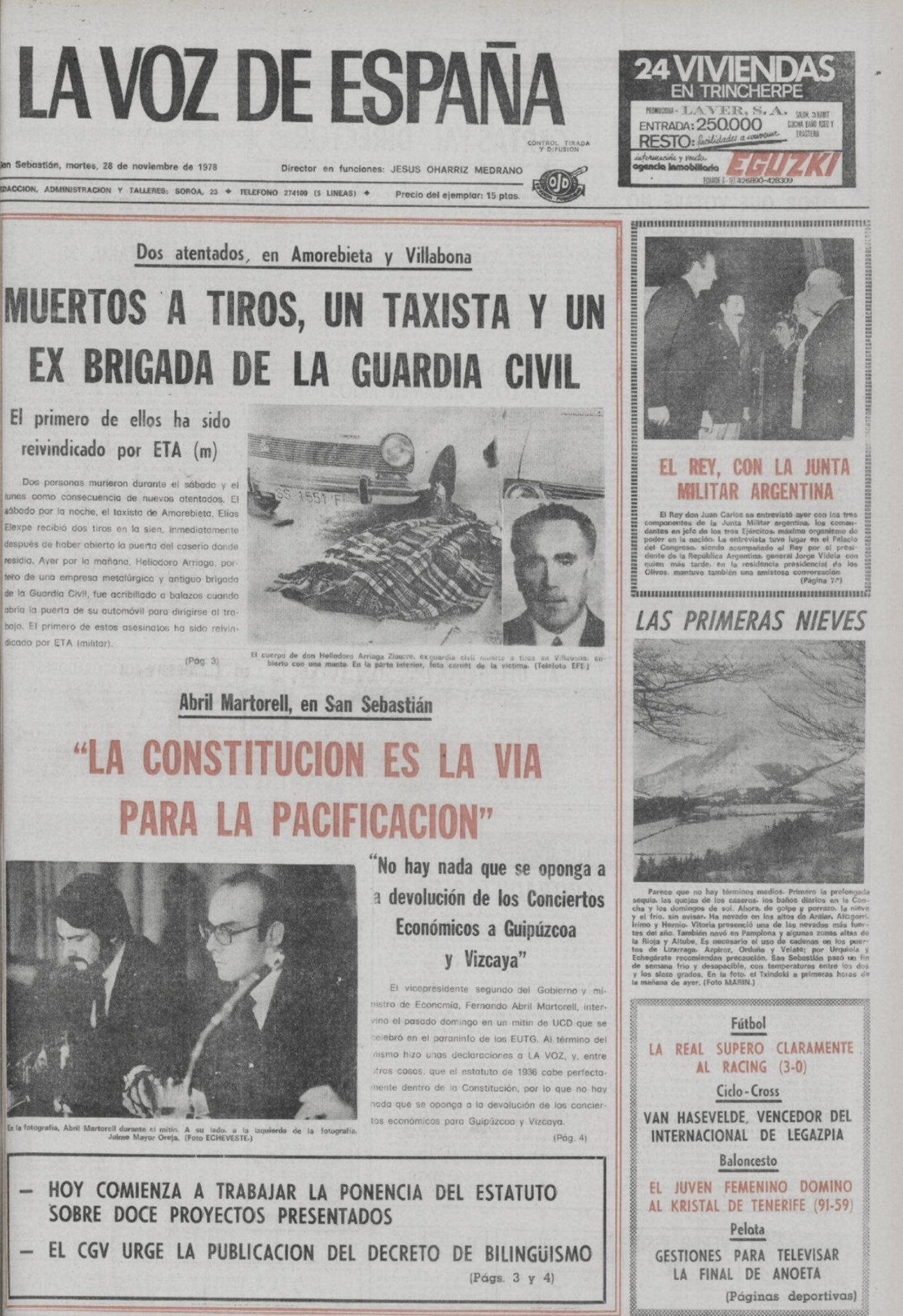 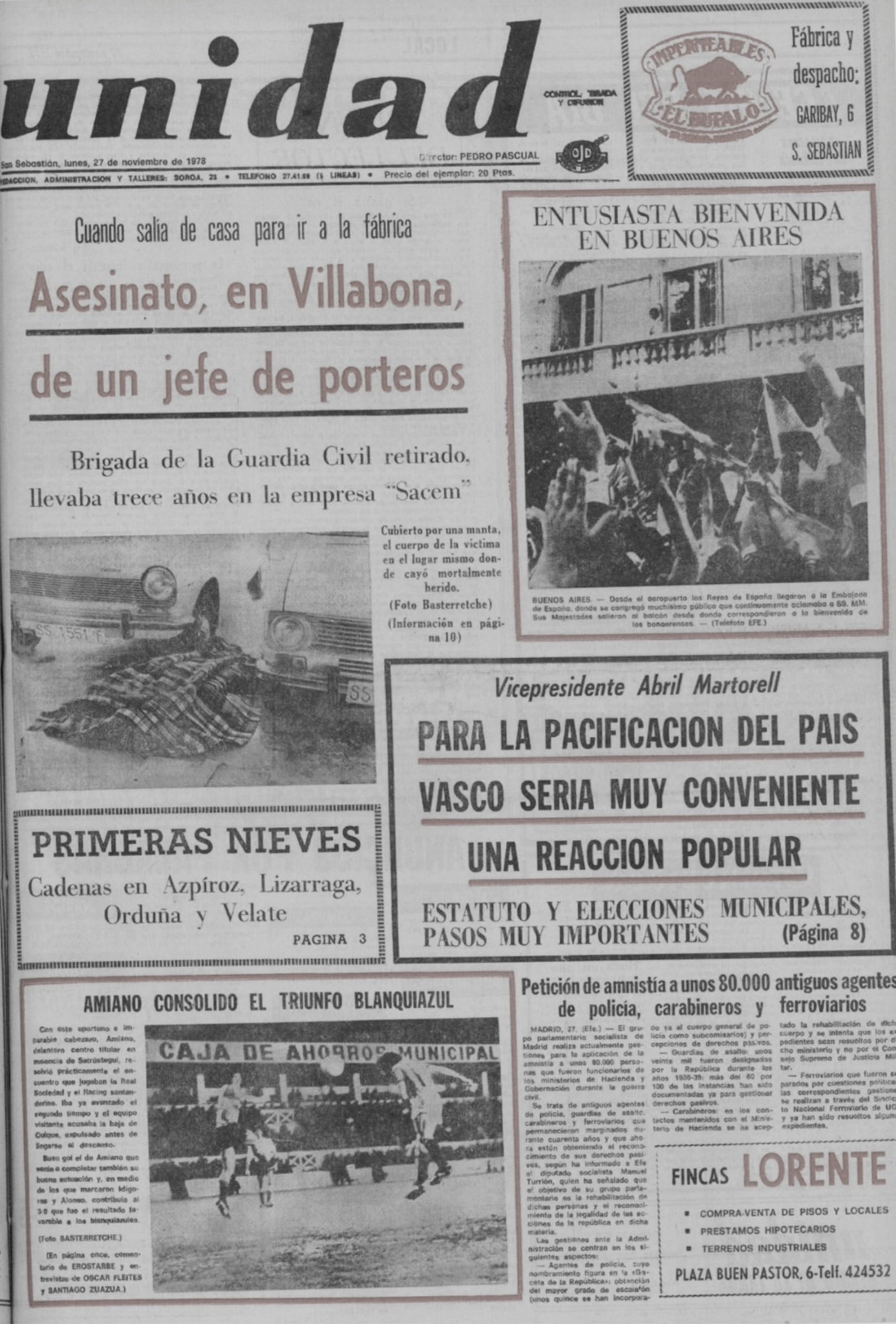