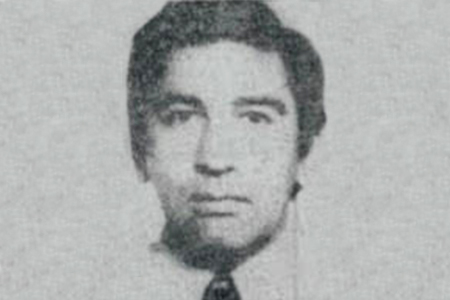 Héctor Abraham Muñoz Espinoza was sitting in an armchair in an antique shop on Calle Luis Mariano in Irún, one of two he had opened in the town, when two terrorists entered and shot him in the head, heart and neck. Mortally wounded, he tried to take refuge behind a desk, where the assailants fired on him again.
He had received death threats on several occasions, and was considering leaving the Basque Country, as he was closely linked to councillor Julio Martínez, who had been murdered by ETA in November 1977.