Gregorio Hernández Corchete was 27 years old and for five years had been living in Leitza (Navarre), his wife’s home town. Their three children, aged between one and three years old had all been born in the town. Gregorio had taken up traditional pigeon hunting and on 15 October 1982, he and his two brothers-in-law went to the local Civil Guard barracks for a mandatory inspection of their firearms. As the three men were leaving the barracks, several terrorists in a Renault 12 sped past the building. They opened fire with a machine-gun and threw a grenade at the building. Gregorio Hernández was fatally injured in the attack. His death was certified by the local doctor on the scene. 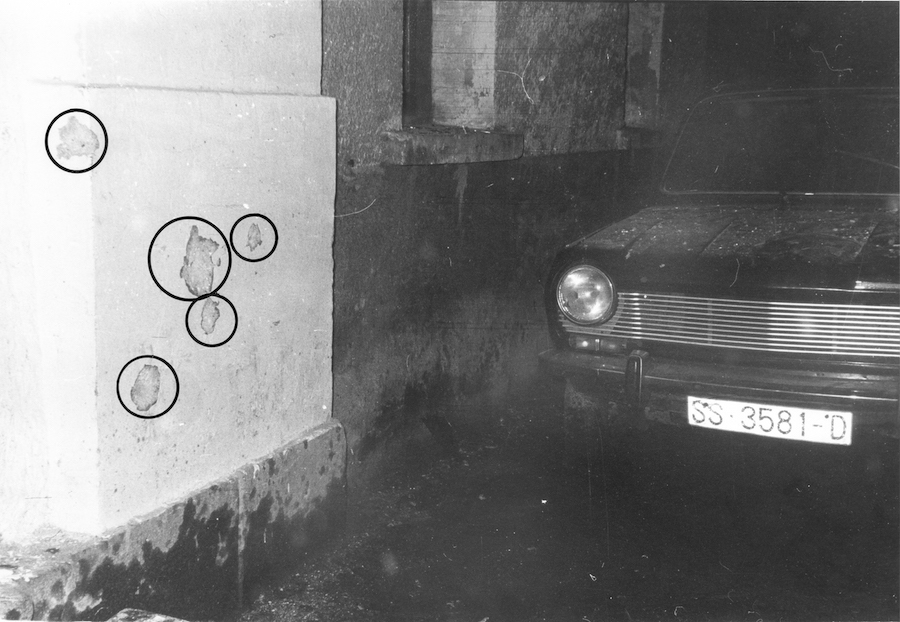 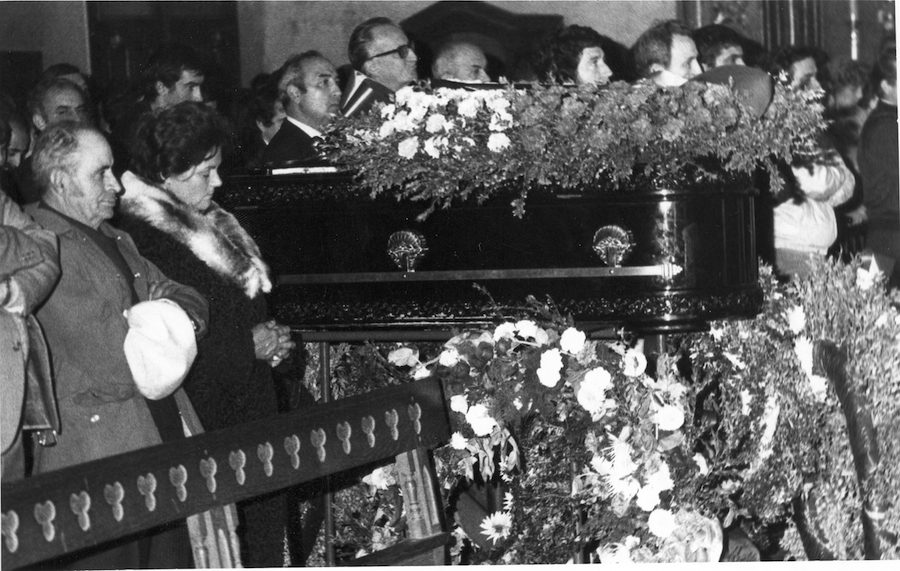 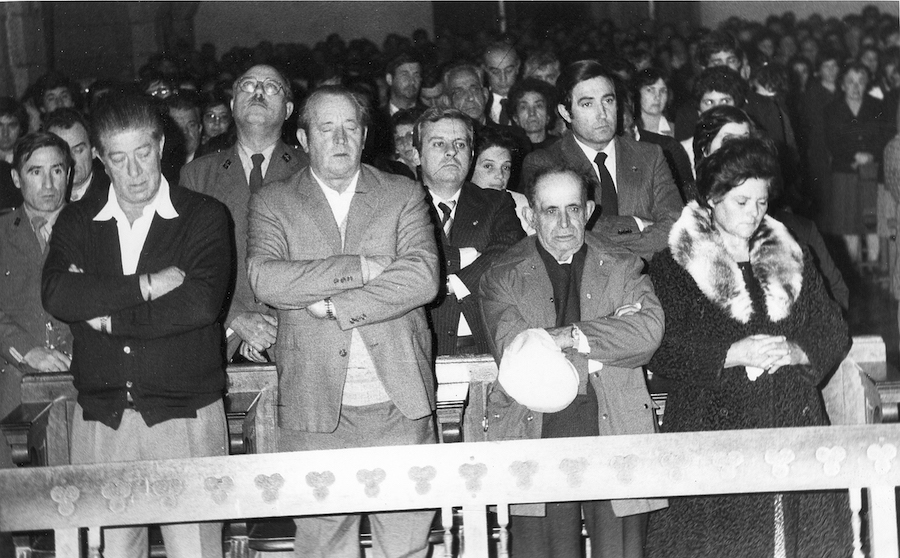 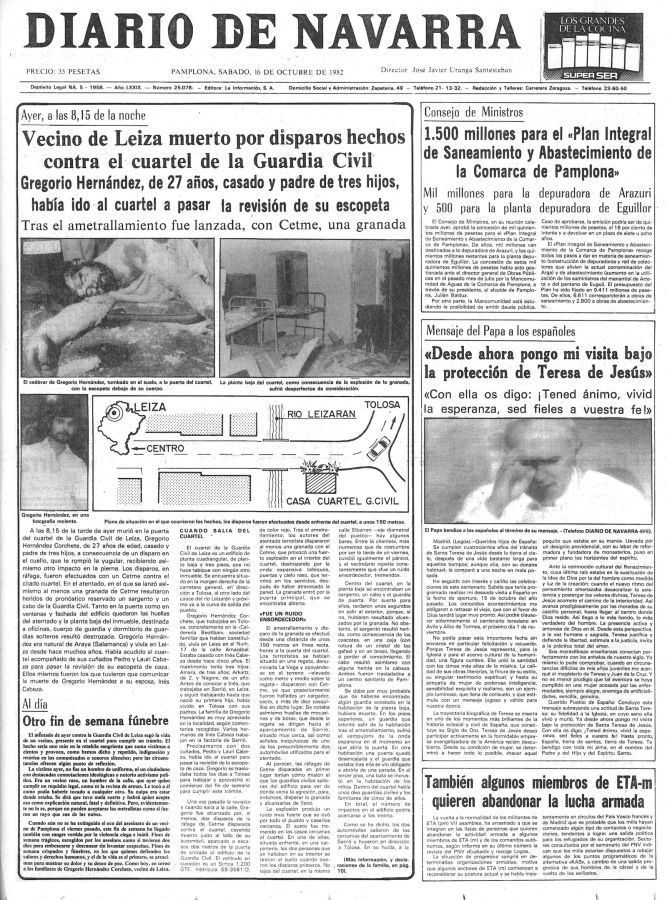