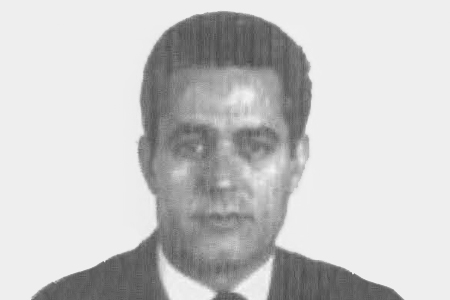 As he did every morning, Gregorio Caño García parked his car next to the door of the apartment block on Calle Zubieta to wait for Joaquín Aperribay, chairman of Sociedad Anónima Placencia de las Armas and vice-president of the Real Sociedad football club. On that particular morning, he noticed one of the terrorists, an employee from Herri Batasuna’s San Sebastián municipal group, walking up to the door. Gregorio realised what was happening and spoke to the man, who pulled out a gun and shot him. He was hit five times and died in the ambulance as he was being taken to hospital.
On 9 July 1989, Egin newspaper published a statement from ETA regretting the attack on Gregorio Caño and stating that the intended target was Joaquín Aperribay. Aperribay subsequently decided to move away from the Basque Country.