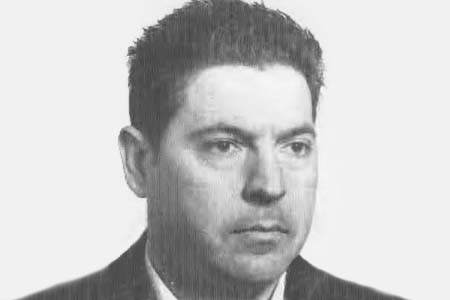 Taxi driver Germán Aguirre Irasuegui, was killed by ETA in Legutiano on 12 October 1975. At around dusk, several shots were heard in the town. Local people initially thought it was the Civil Guard firing salvos to celebrate their patron saint’s day. However, the force was in mourning because three officers had been killed a few days before at the sanctuary of Our Lady of Aránzazu. They soon went to try to determine where the shots had come from.
Shortly afterwards, they found Germán Aguirre’s body in a dead-end track leading to an area close to the Santa Engracia reservoir. The terrorists had shot him three times in the back of the head, killing him instantly. Although ETA did not initially claim responsibility for the killing, many years later documents were seized from ETA leader José Luis Álvarez Santacristina, alias Txelis, accusing the victim of being a police informer.