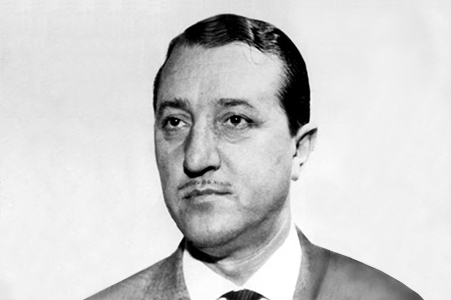 On the evening of 5 December 1978, just a few hours before the referendum on the new Spanish constitution was due to be held, National Police Deputy Commissioner Gabriel Alonso Perejil, Commissioner José María Sarrais Llasera and municipal policeman Ángel Cruz Salcines were having a drink at the Urgull bar in San Sebastián, near the Aldapeta barracks and the San Sebastián police station.
At around 2:20 pm, three members of ETA entered the bar. One of the terrorists ordered customers and staff to lie on the ground while the other two opened fire on the officers. Gabriel Alonso was killed instantly; José María Sarrais was injured and tried to hide, but he was shot again as he lay on the floor; and Ángel Cruz died as he was being taken to Nuestra Señora de Aránzazu Hospital. The three terrorists got away in two cars that were waiting for them outside. At midnight, ETA managed to hack into the broadcasts of Spanish state television, TVE. They read out a statement denouncing the constitution and played the Basque anthem, “Eusko Gudariak”. 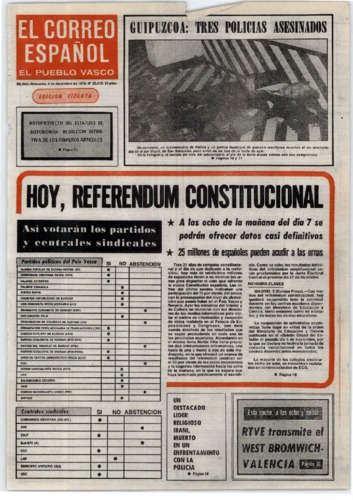 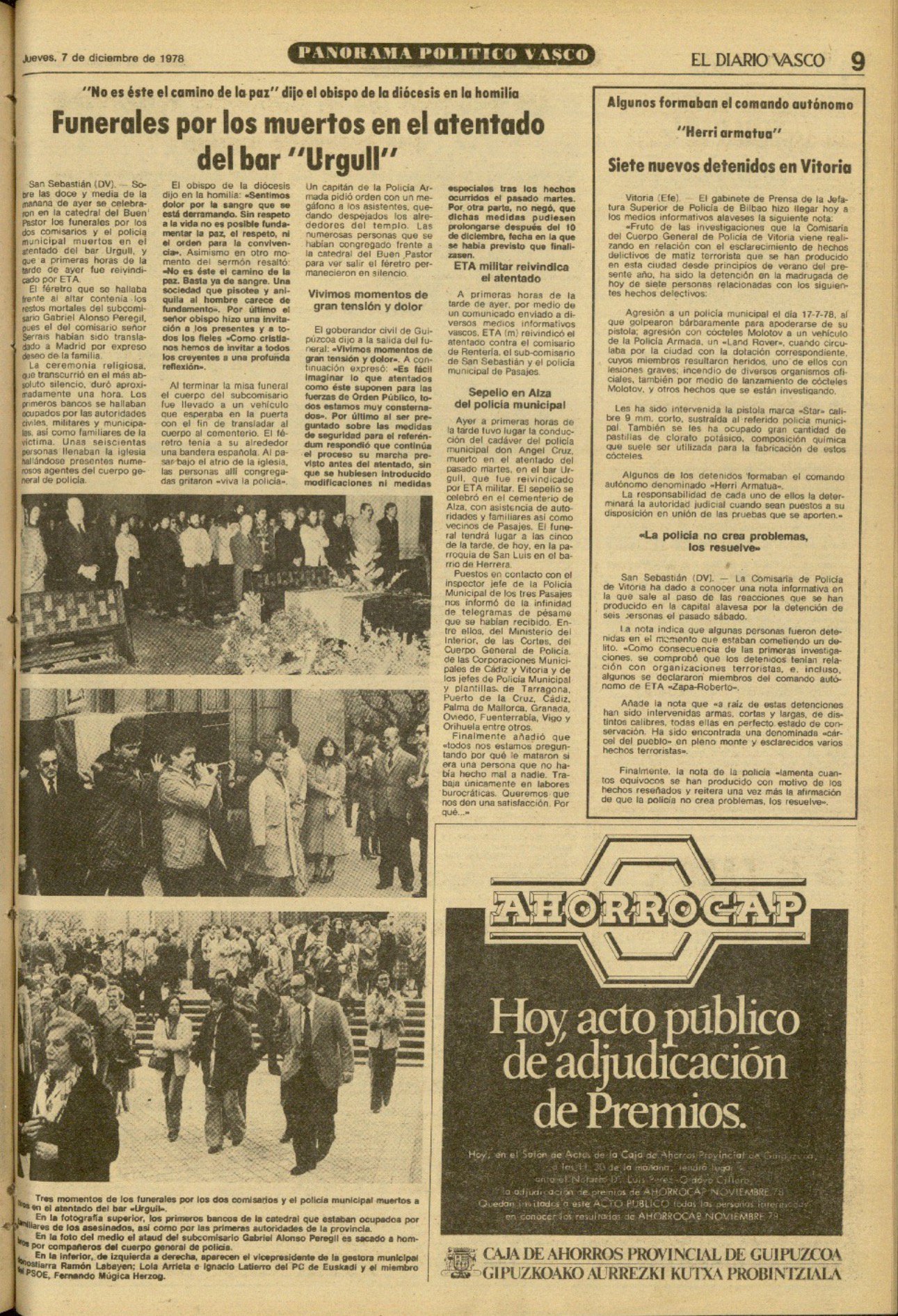 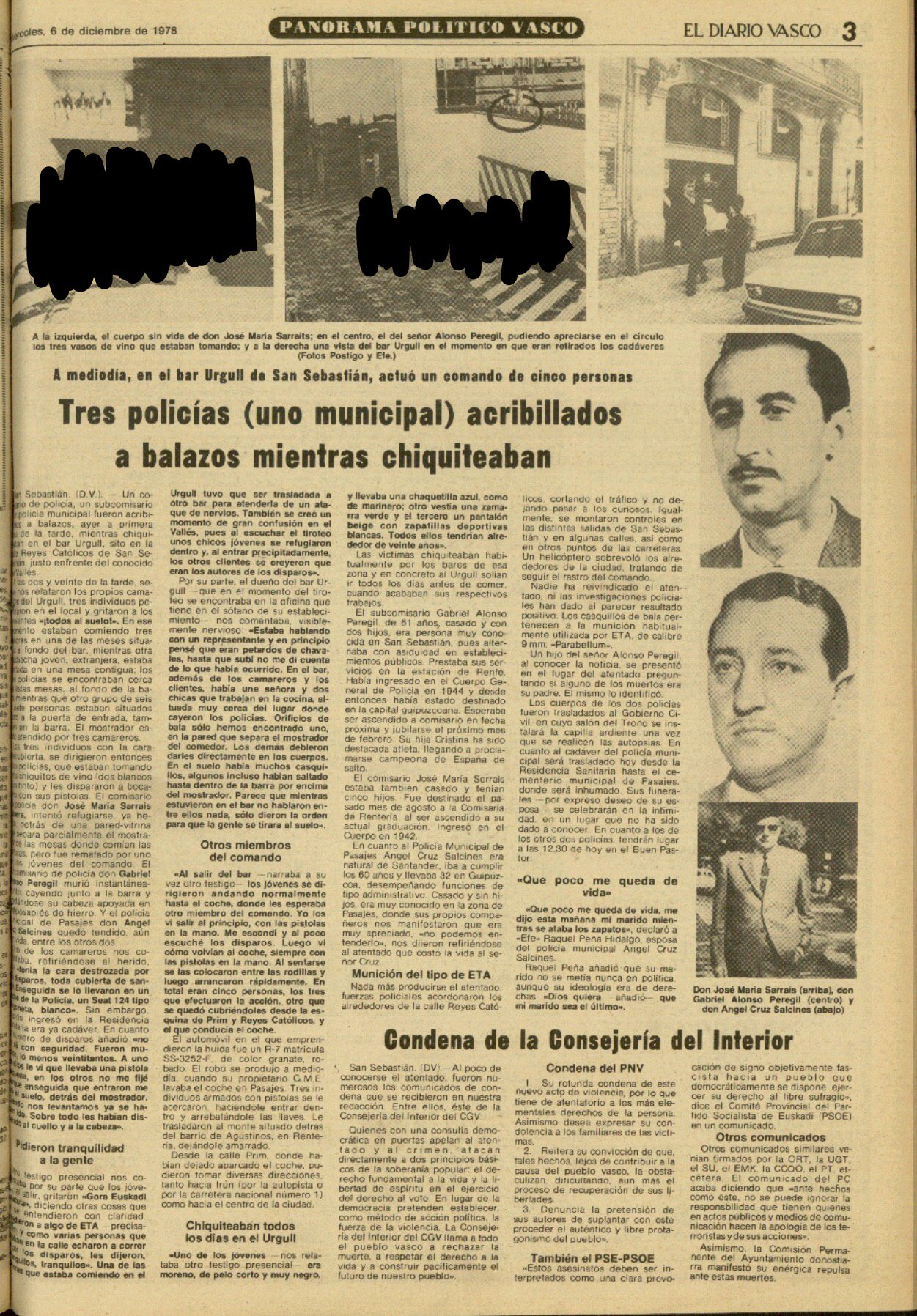 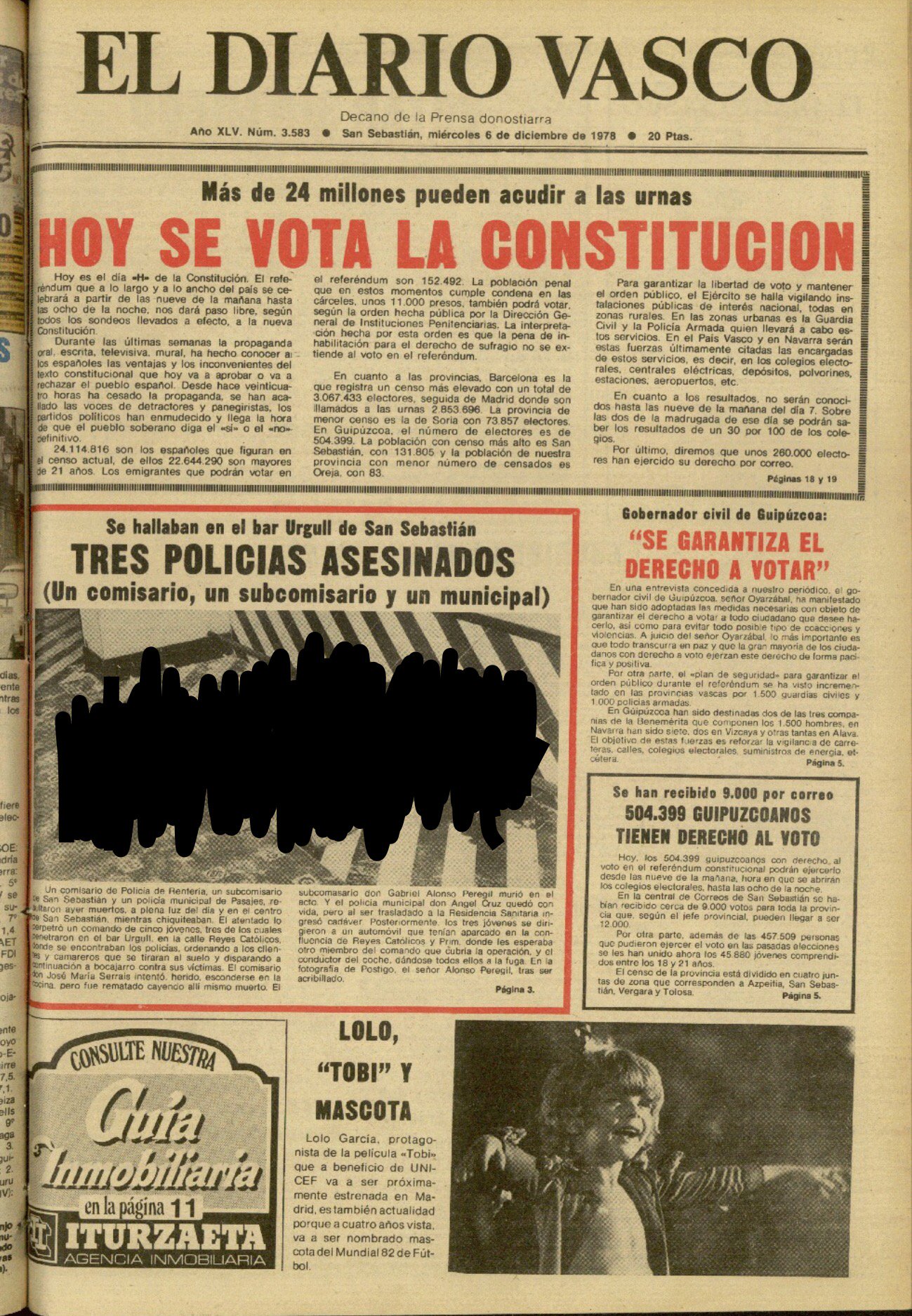