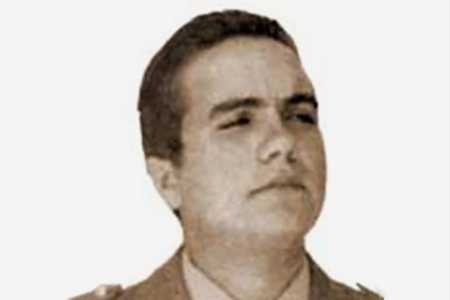 Civil Guard Francisco Pascual Andreu was having a drink with fisherman Florentino Lopetegui at the Biotza nightclub. This fisherman was looking for information on a motorboat licence he had applied for. While the civil guard and the fisherman were chatting, an unknown man approached them and opened fire on them with a submachine gun. The two victims fell to the ground and the terrorist got away in a car with his accomplice.
The officer was serving in Orio, but was due to be transferred shortly to his home town of Ceuta. 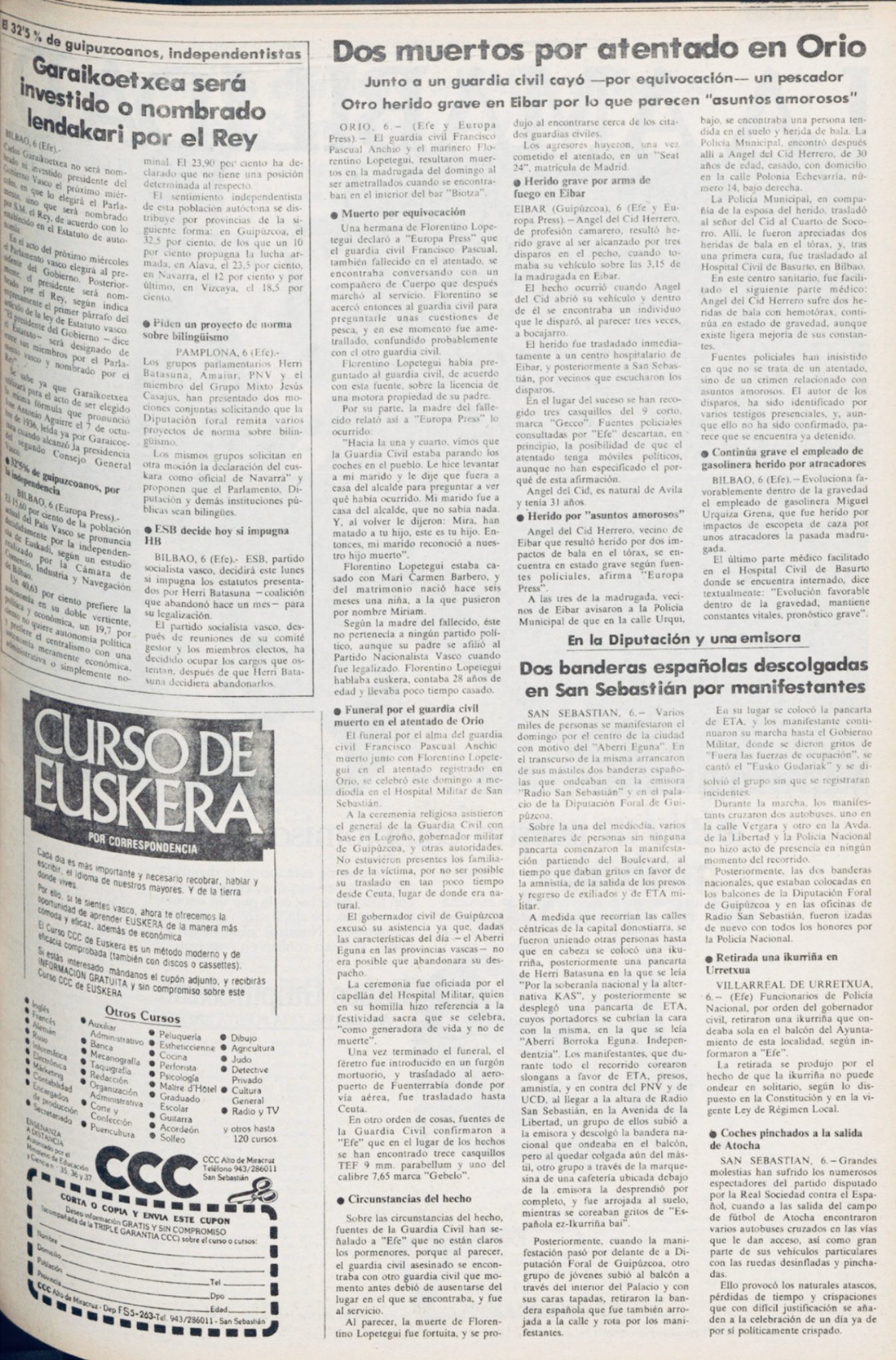 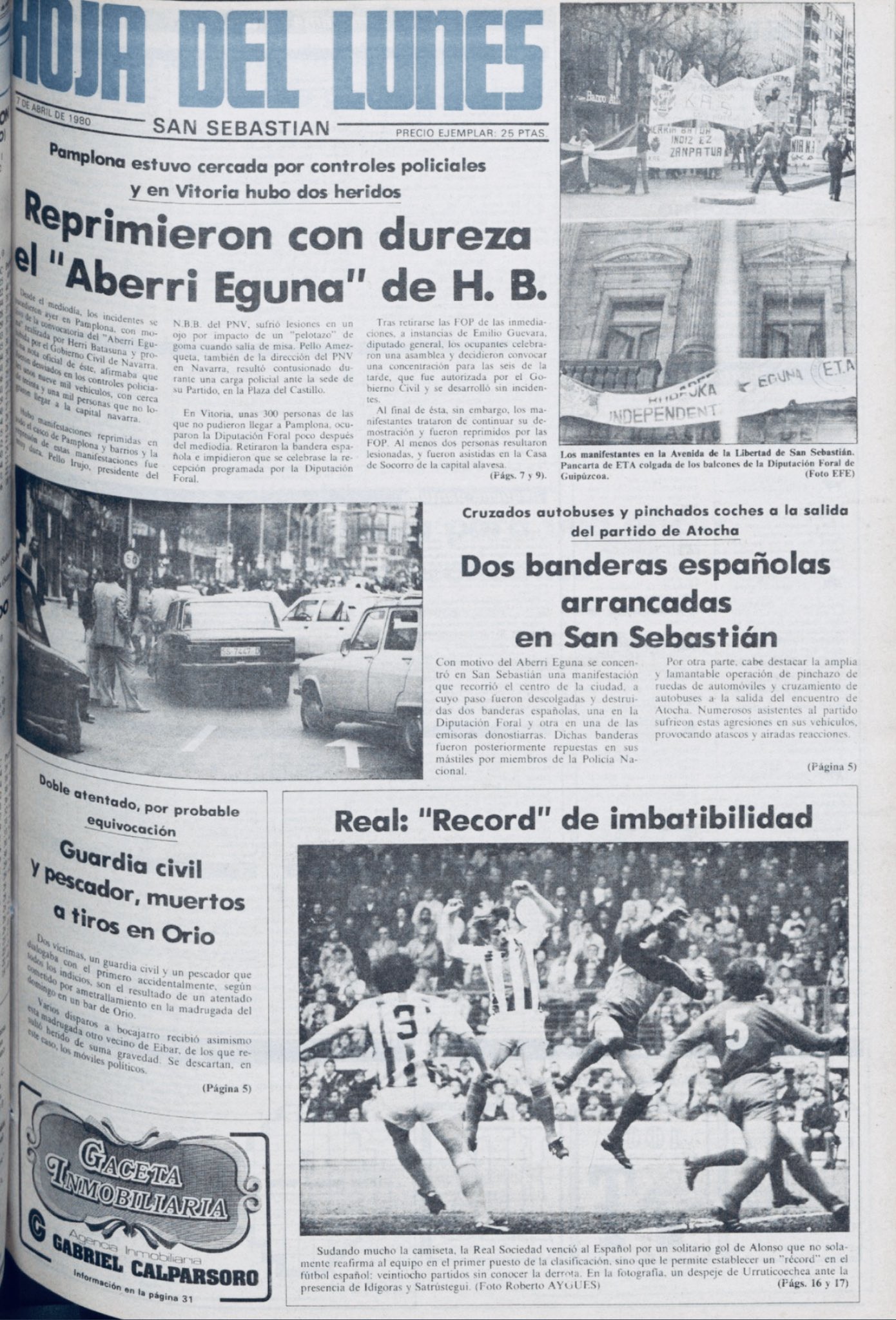 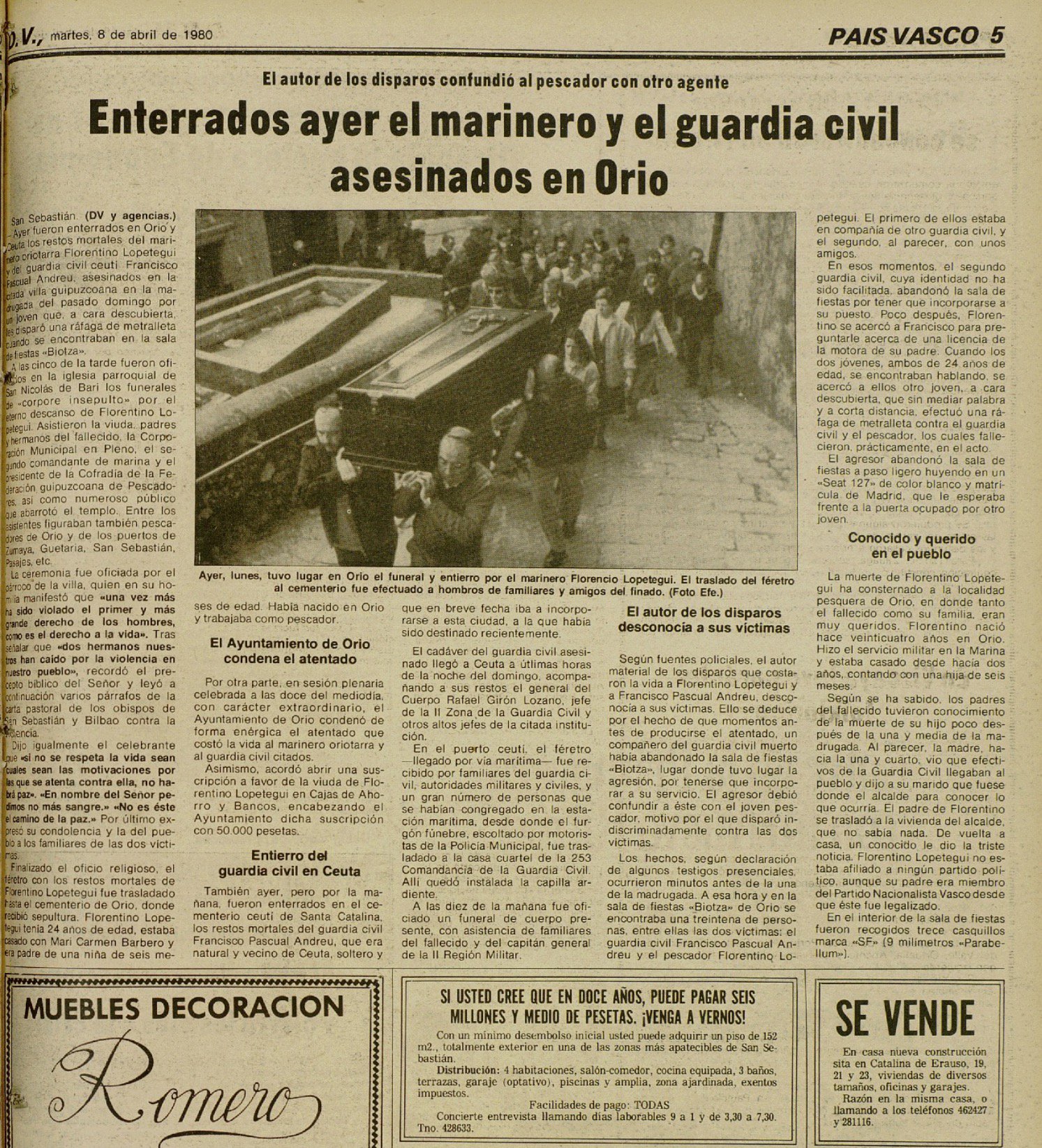 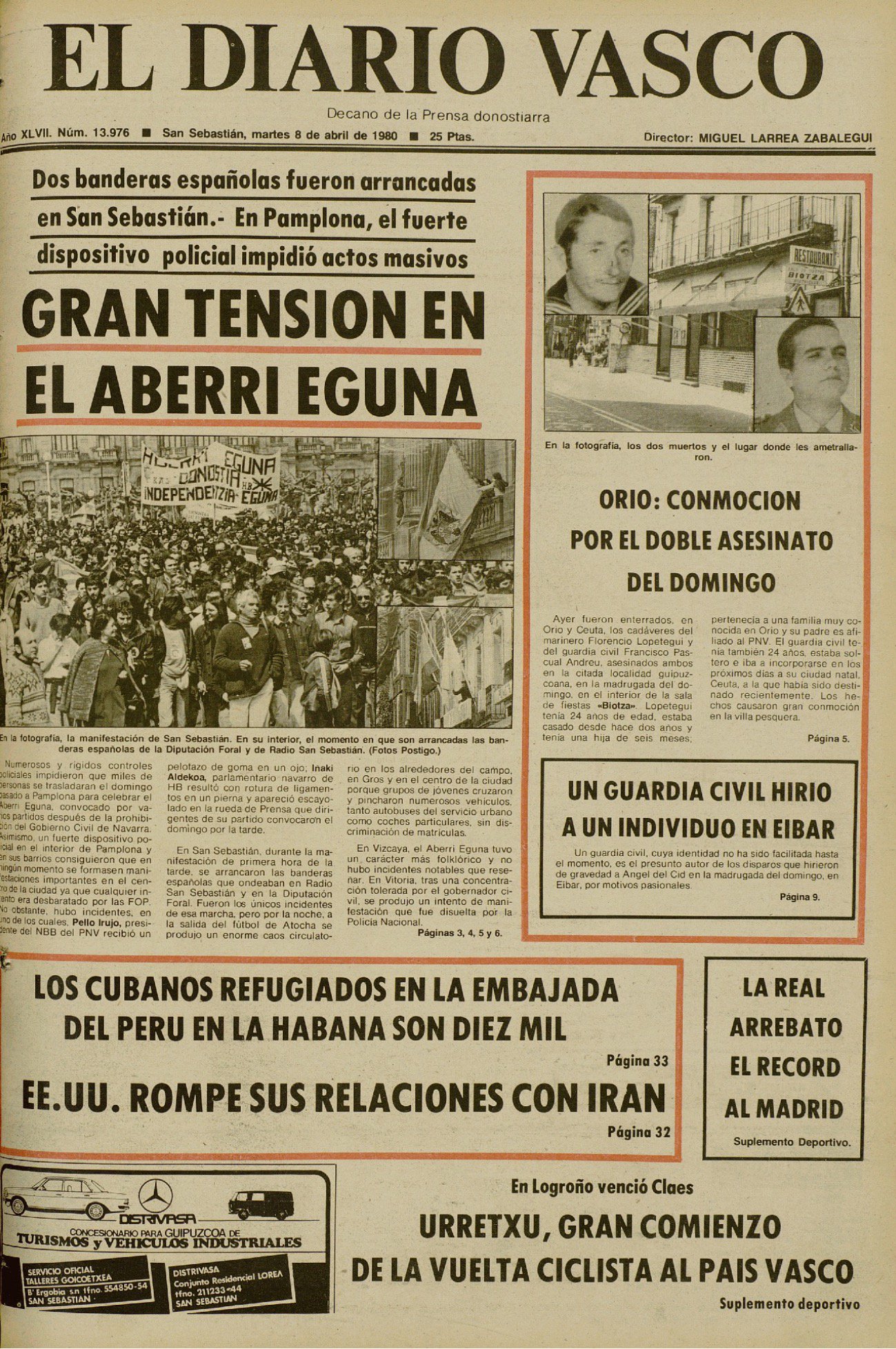