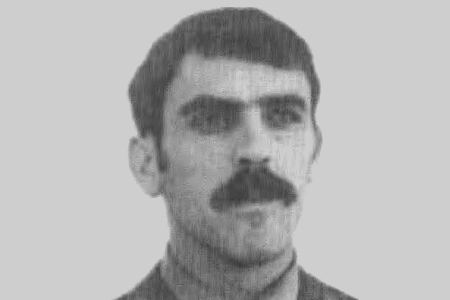 On 28 June 1986, a wave of terrorist attacks was launched against the state security forces in several locations in the Basque Country. At 7 am a bomb exploded in Orio, injuring Civil Guard José Luis Jiménez.
Responding to an earlier attack, the Rural Anti-Terrorist Groups had launched a search of the Meagas area. At around 8.30 am, a bomb exploded as one of the vehicles in the operation was passing. The device had been placed on an embankment beside the road and was detonated remotely. Agent Francisco Muriel Muñoz was killed almost instantly. Also wounded were civil guards José Carlos Marrero Sanabria —who died two years later in a psychiatric hospital as a result of the effects of the attack— Manuel Ángel Arenal Linares, Juan Carlos Carballo Gañán, José María Baltasar Gil, Ramón Perona Sánchez and Luis Pérez Bao. 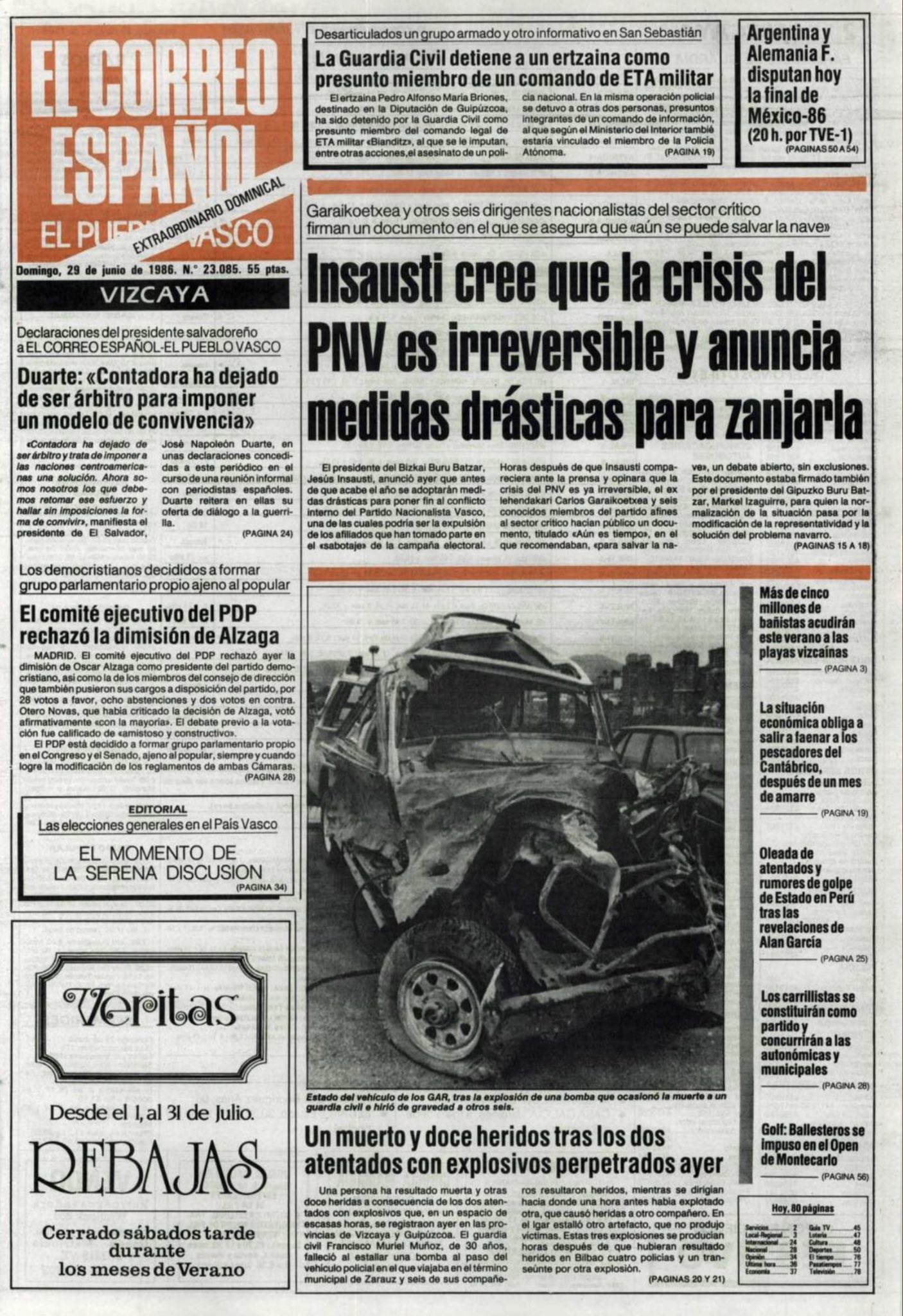 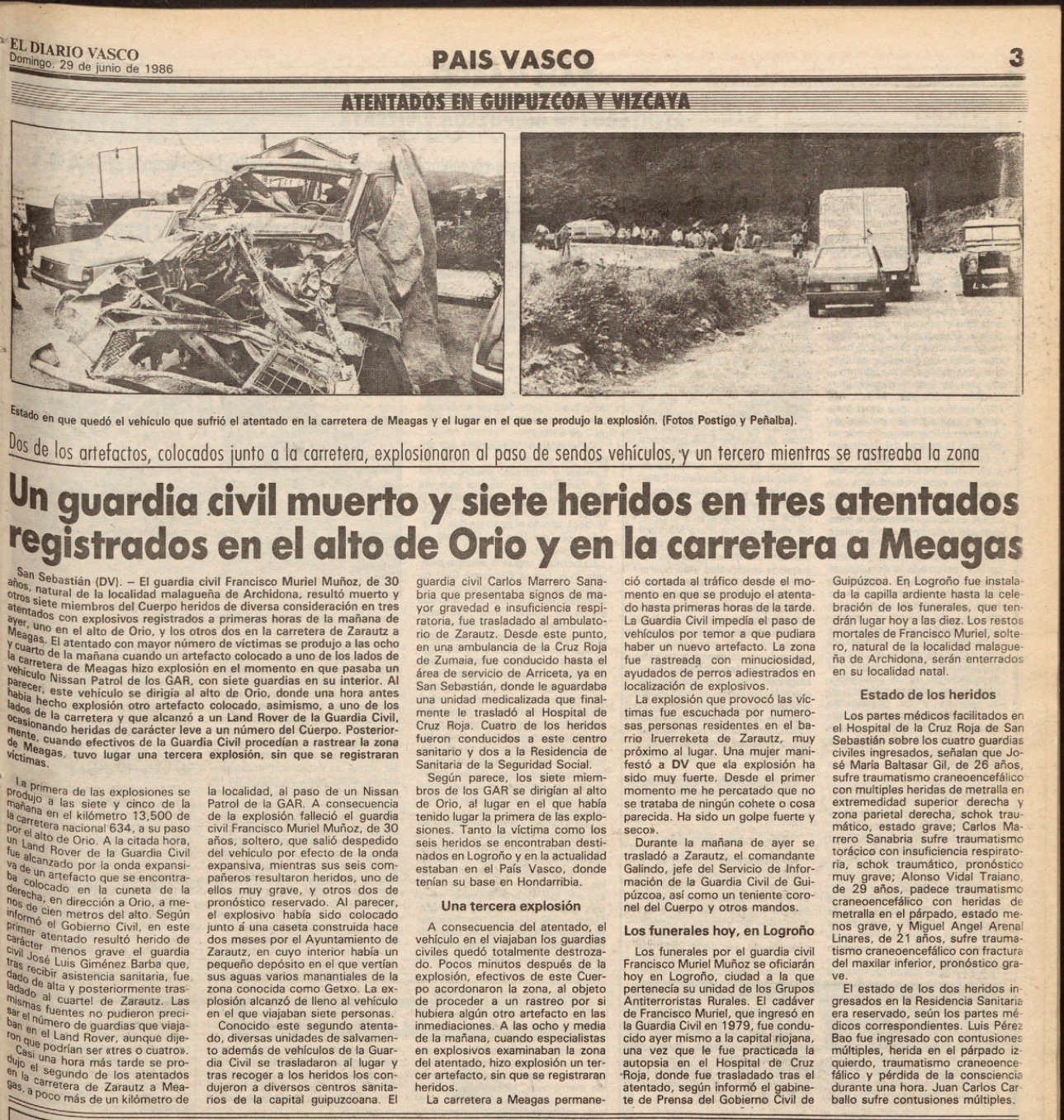 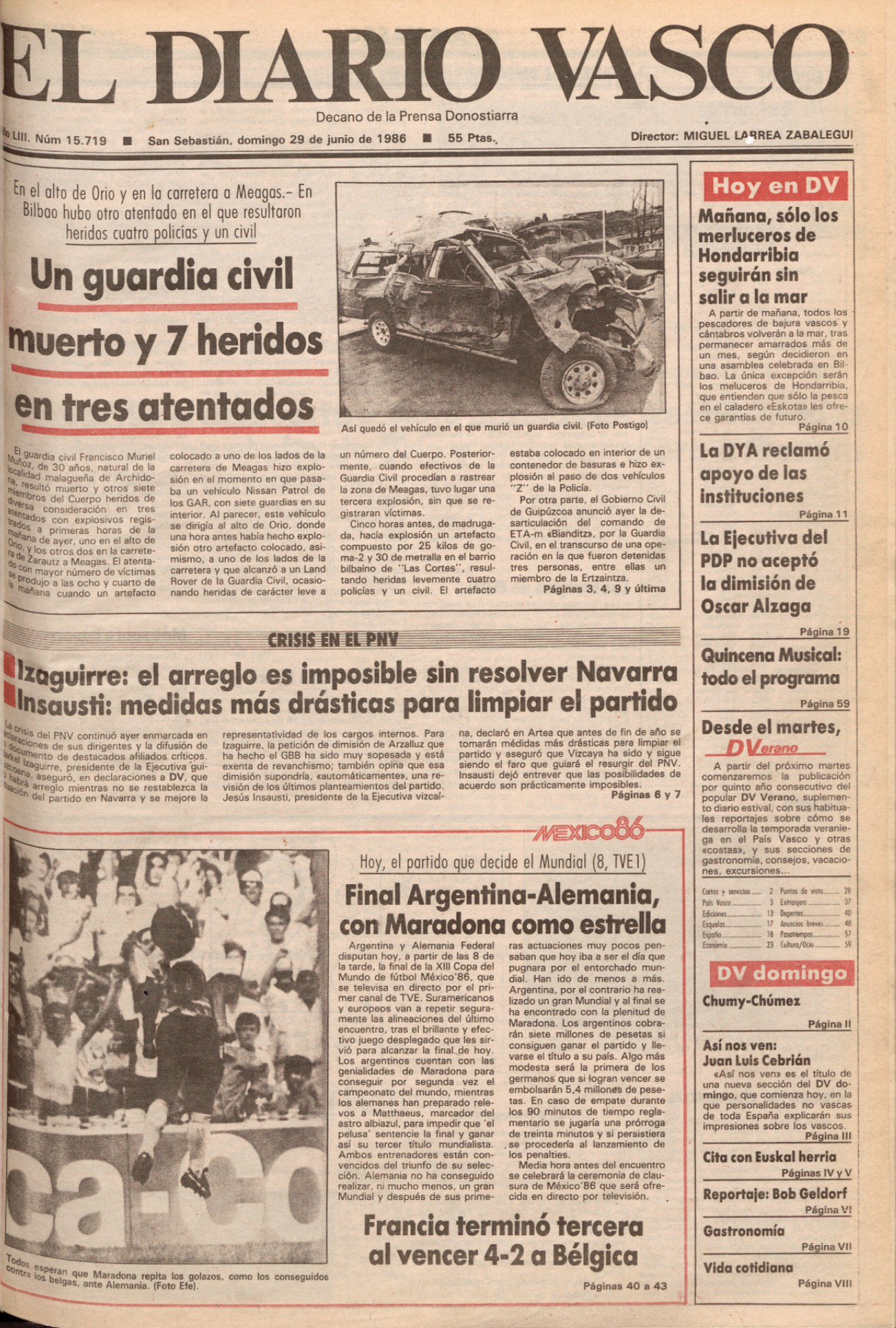