At three o’clock on the morning of Saturday, 13 January 1979, ETA member José María Zaldúa Corta remotely activated a large bomb, which was connected to the detonator by an electrical system connected to batteries and 150 meters of cable running across the hillside. The device was attached to the slope on the right-hand side of the road and went off as two Civil Guard Land Rovers were driving past on the road between the sanctuary of Loyola and the town of Azpeitia. It destroyed the front of the second vehicle, blowing it about 15 metres off the road. Francisco Gómez Gómez-Jiménez was killed instantly in the ETA attack. His colleague Juan Muñiz was seriously injured and spent fifteen months recovering from his wounds.

The tragedy did not end there. At first light, agents from the Bomb Disposal Squad of the Guipúzcoa Command went to inspect the area. They found a suspicious package. When they went to defuse it, the bomb exploded, killing Miguel García Poyo. His colleague Francisco Mota Calvo, from the Bomb Squad, died two days later. 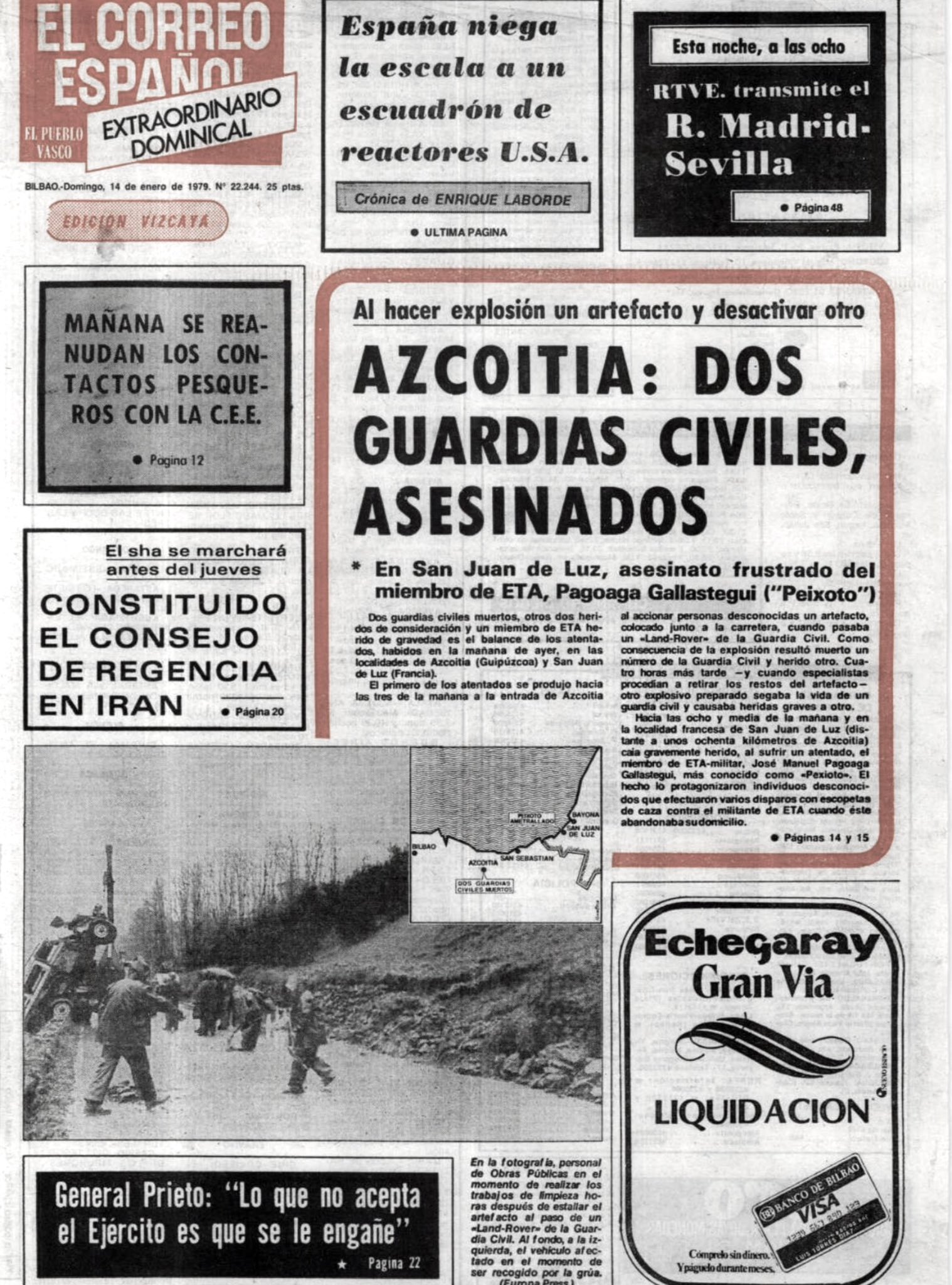 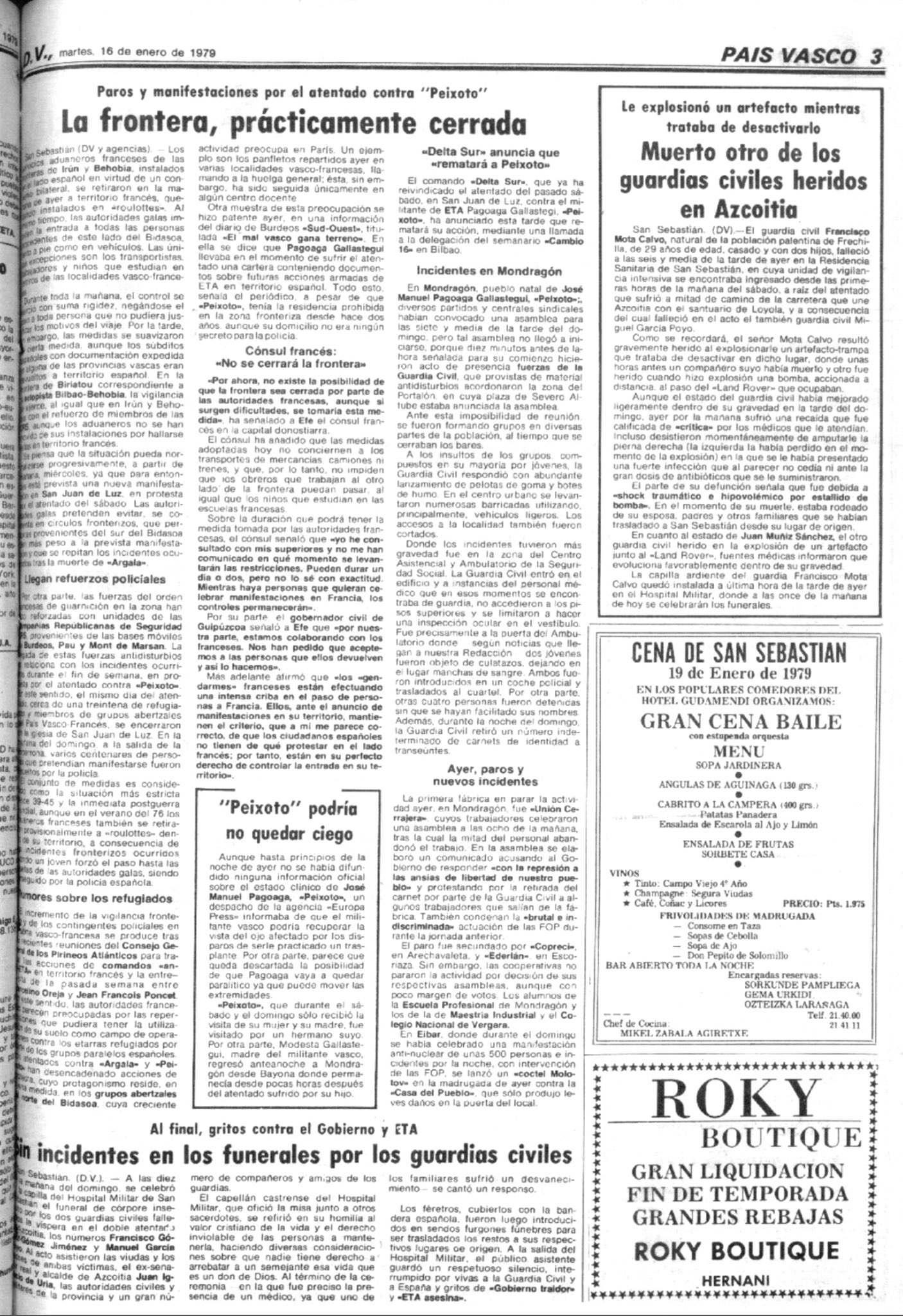 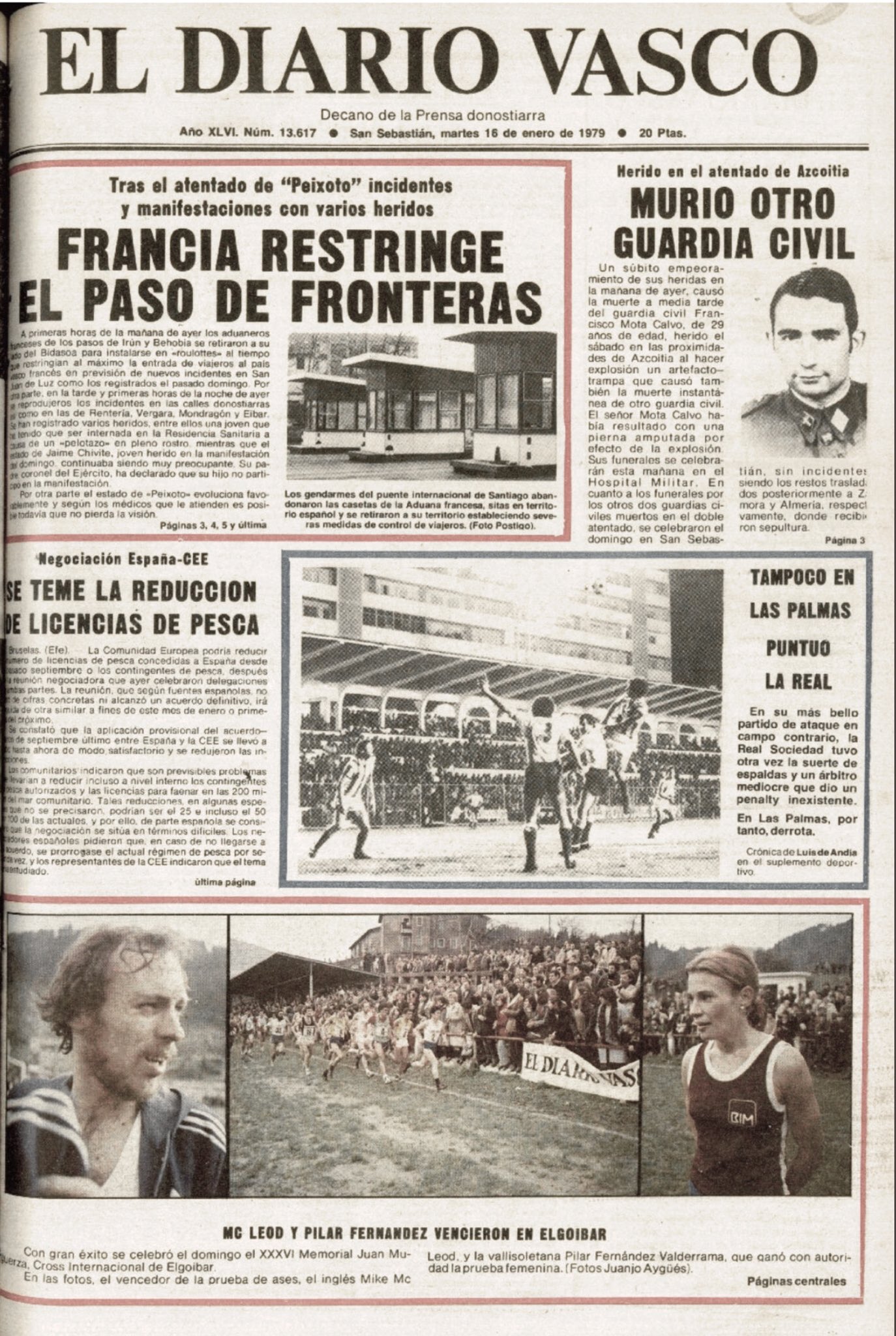