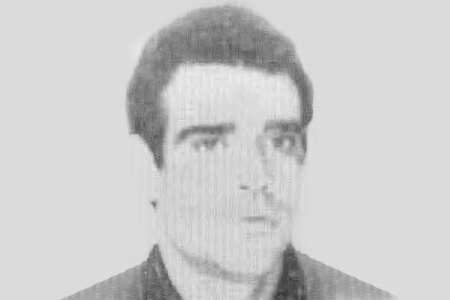 Francisco Medina Albala was a labourer who was working on the new apartment blocks being built for the Civil Guard at Inchaurrondo. He was riding his motorcycle to work through the Antiguo district of San Sebastian. As he reached No. 44 Avenida de Ametzagana, three terrorists in a car overtook him and blocked his way. They then opened fire on him with a machine-gun. He was hit three times. Francisco Medina was a member of the Comisiones Obreras trade union. 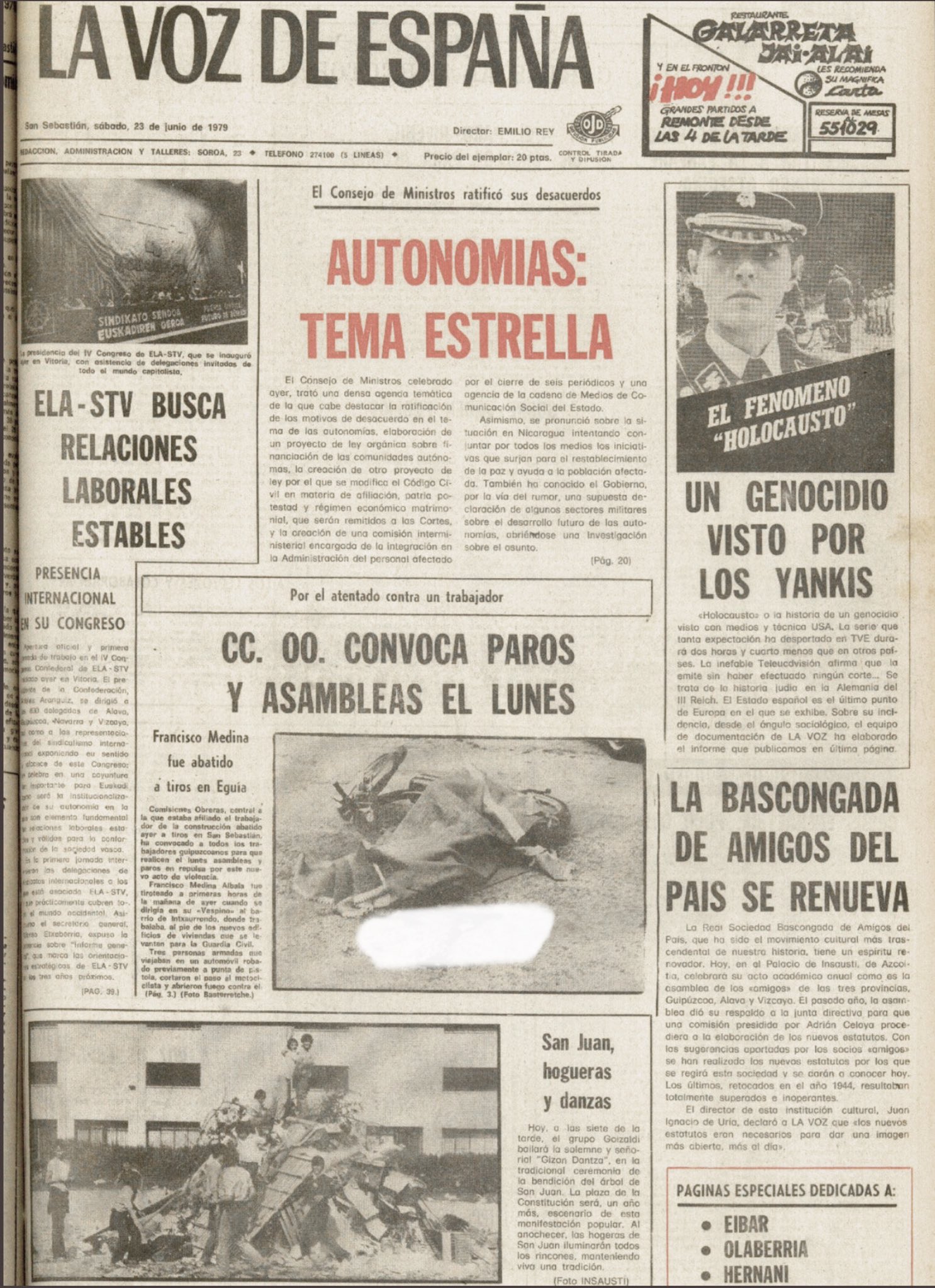 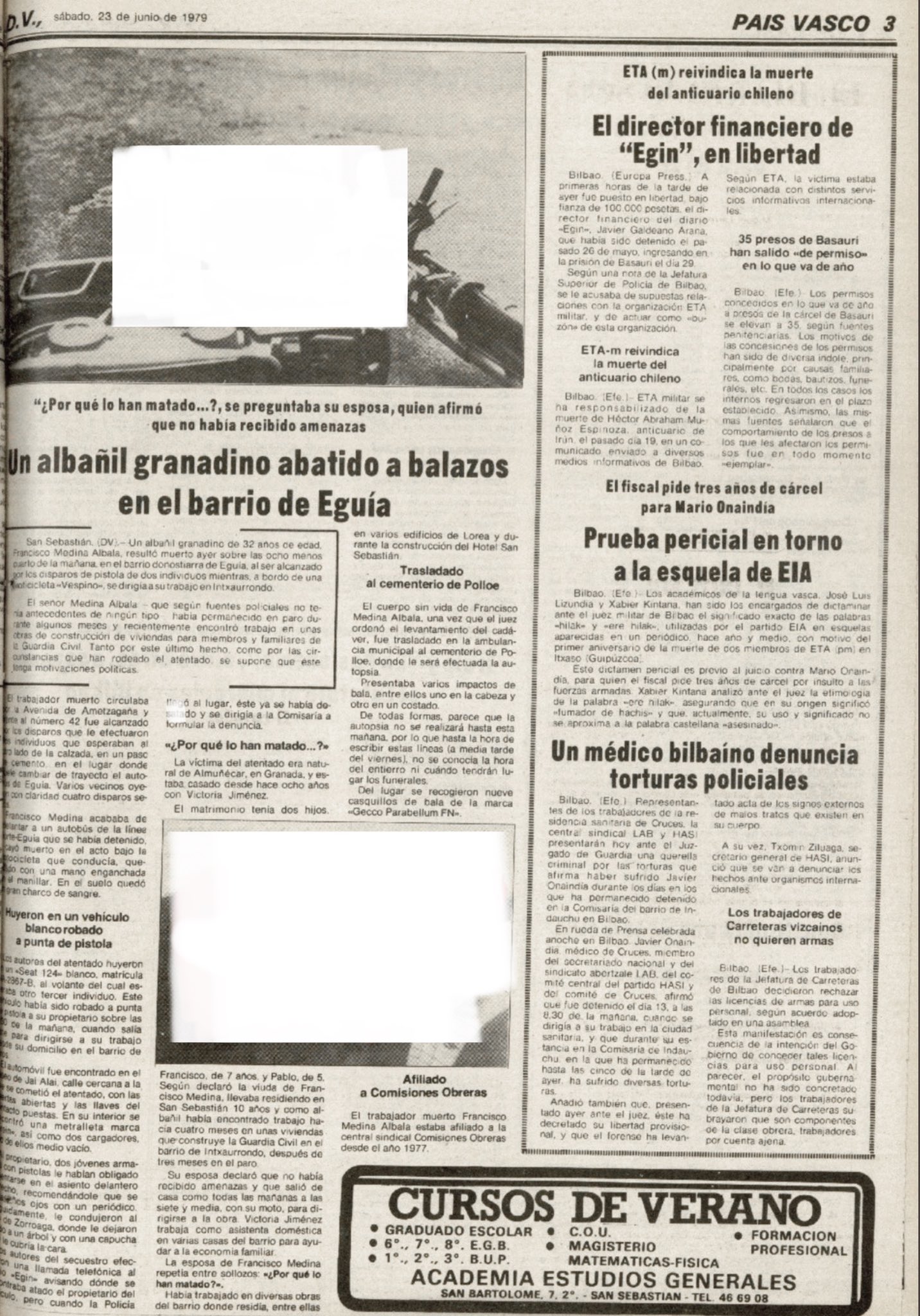 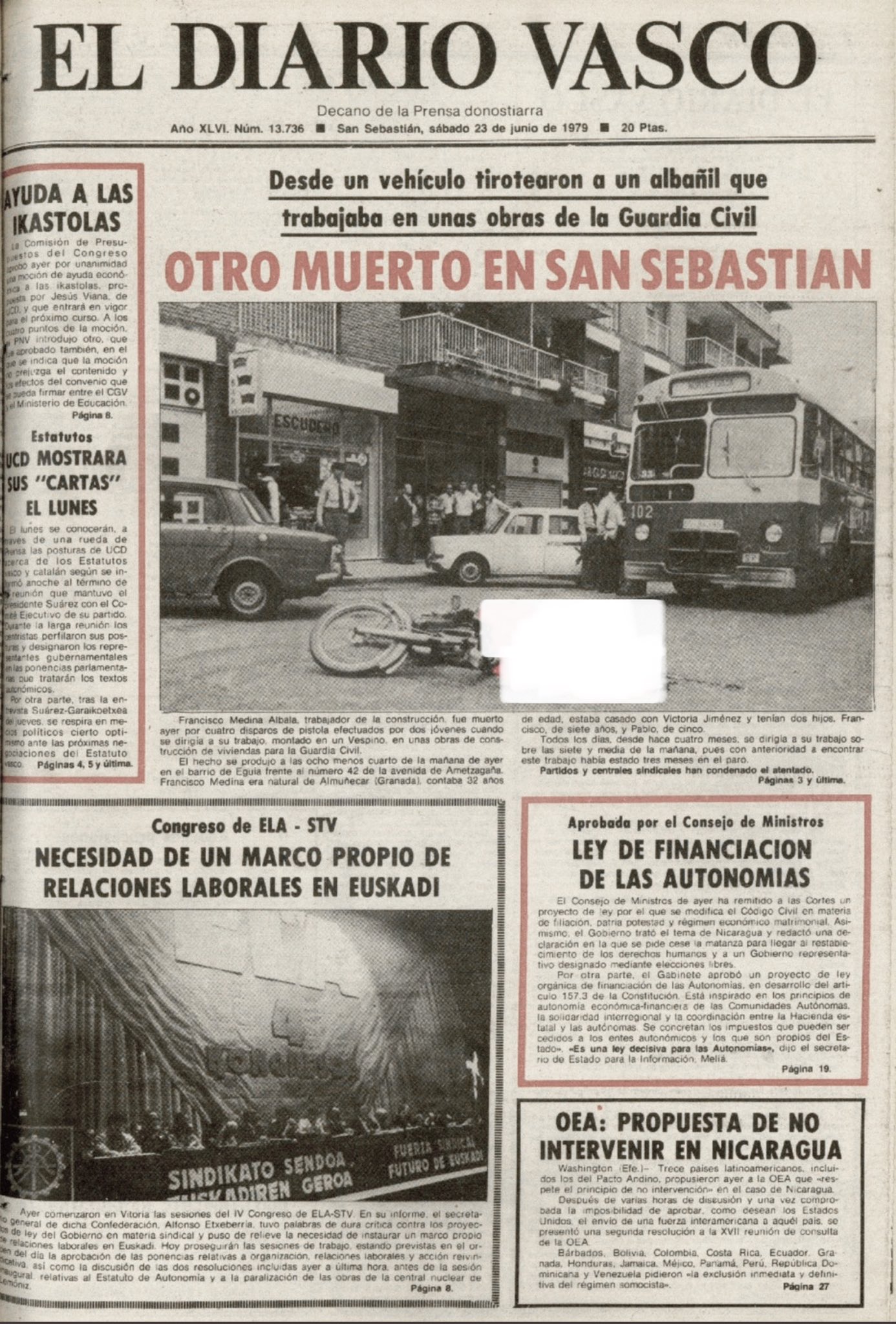