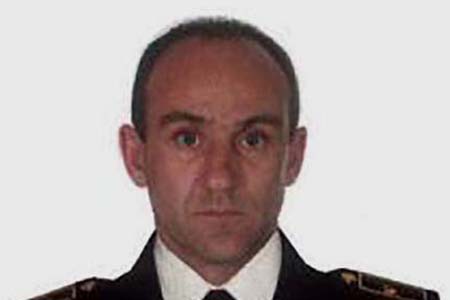 Born in: Madrid
Age: 42
Offspring: 2
Marital status: Married
Job: Agent of the Special Operations Group (GEO) of the National Police
Date of the attack: 03/04/2004
Place of the attack: Leganés
Weapon: Others explosives
Killed by: Islamic terrorism

On 3 April 2004, the police had surrounded an apartment in Leganés where they suspected that the perpetrators of the 11 March attacks, which had killed 191 people, where hiding.

Officers from the Special Operations Group (GEO) were about to move in. One of the officers was Francisco Javier Torronteras Gadea. Before they could storm the apartment, the terrorists committed collective suicide, detonating twenty kilograms of explosives. The GEO officer was killed in the ensuing blast, bringing the total number of people killed by the 11 March bombers to 192.

Francisco Javier Torronteras Gadea was born in Madrid in 1962 and had been in the service for 17 years. He lived with his wife and their two children in Guadalajara. He had taken part in several anti-terrorist operations and international missions in countries such as Algeria and Chile.