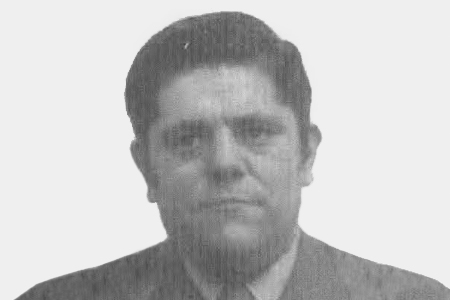 At around 3.30 pm on 7 December 1984, the eve of the Infantry’s patron saint day, ETA attacked a minibus carrying 14 military personnel and civilian employees, which was being escorted by two Military Police land rovers, one in front and the other behind.
The convoy was travelling from the barracks in Solleches to Bilbao along National Road 634. When they reached the El Gallo junction in Galdácano, a bomb exploded in a car parked on the kerb. The device, containing over 20 kilograms of Goma-2 explosives and a large quantity of shrapnel, was remotely detonated by ETA terrorists. The convoy had halted briefly at a Stop sign and was just moving off when the blast occurred.
Following the initial attack, the terrorists opened fire on the injured soldiers from close range with machine-guns, but were repelled by the military police in the escort cars. The right-hand side of the minibus took the full impact of the blast and shrapnel and was completely destroyed. Three people were killed, including Second Lieutenant Francisco Javier Fernández Lajusticia; A further eleven people were wounded, some very seriously. They were mostly soldiers doing their military service. Lieutenant Juan Enríquez Criado and civilian cook Luis Alberto Asensio Pereda died in hospital shortly afterwards.