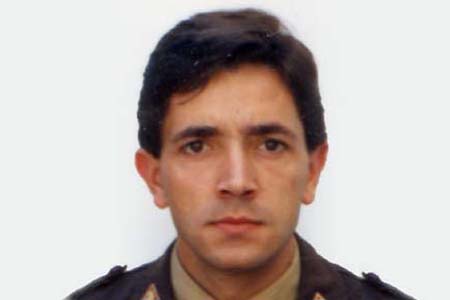 On 13 December 1991, National Police officer Francisco Javier Delgado González-Navarro and his colleague José Ángel Garrido Martínez were visiting a radio installation workshop on Calle Caballero in Barcelona on police business. While they were chatting to the owner of the workshop, two ETA terrorists, José Luis Urrusolo Sistiaga and Juan Jesús Narváez Goñi, walked up to them and shot them from point-blank range, killing them.

Francisco Javier Delgado was married to a civil servant from Valencia who was working for the criminal investigation department (judicial police). Barcelona had been his first posting. He was living in an apartment on the same street in which he was murdered.

The owner of the workshop told El País the officers had been talking to him and his colleague for about five minutes. He went to a desk at the back of the premises to get a pack of cigarettes out of his jacket. In the mirror, he noticed two individuals entering at a rapid pace; they took out two guns and began firing from point-blank range.