At 1:45 pm on 8 December 1983, ETA assassinated businessman Francisco Javier Collado Azurmendi in Cegama (Guipúzcoa). A few minutes before, two members of the organisation entered the Bastacho Bar, where Francisco Javier was playing pool with some friends. Having made sure that he was there, they left again and waited until he had finished his game. At 1.45 pm, when Collado Azurmendi left the bar, the terrorists shot him at point-blank range. One of the shots ricocheted off the wall and hit another patron in the leg. 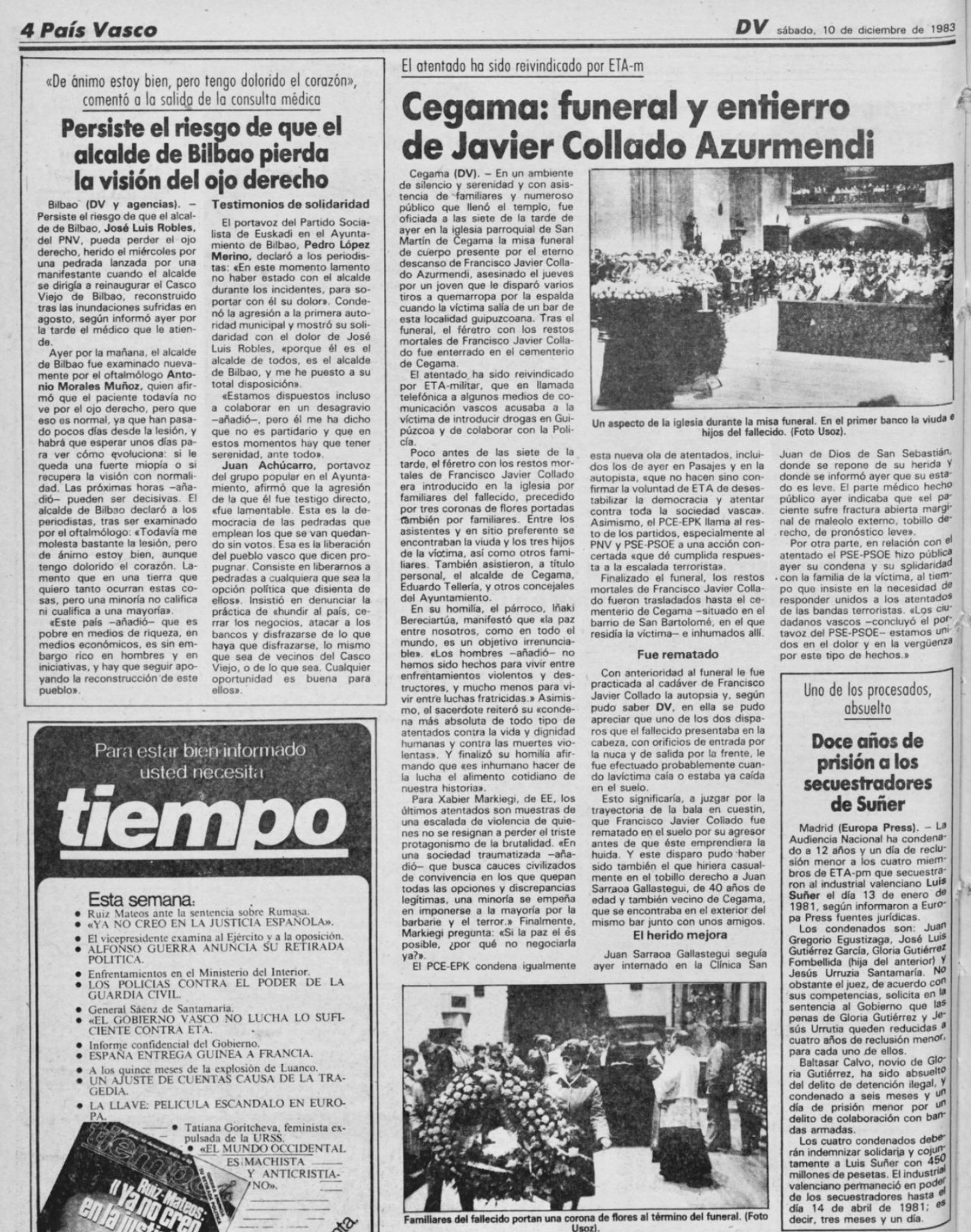 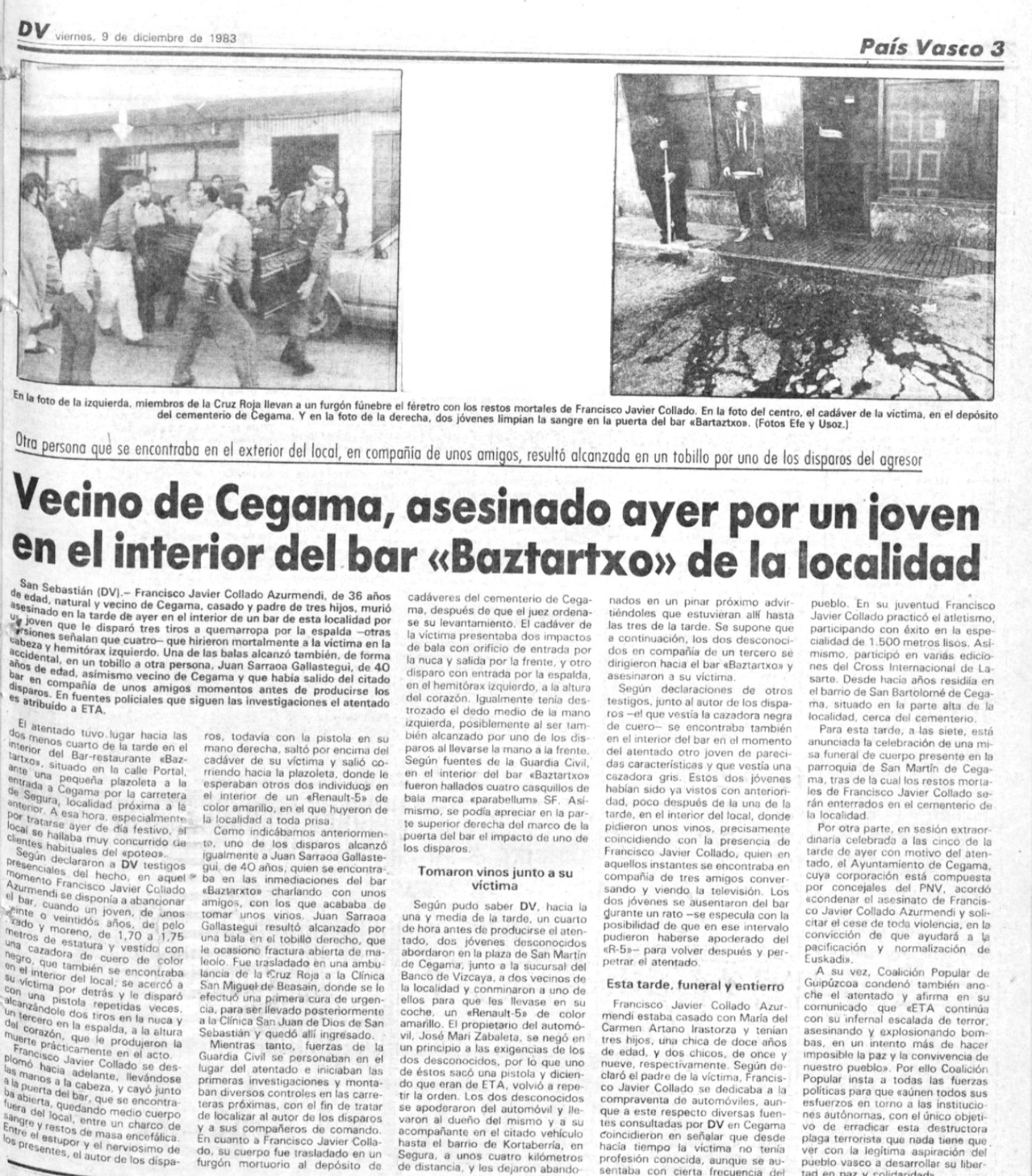 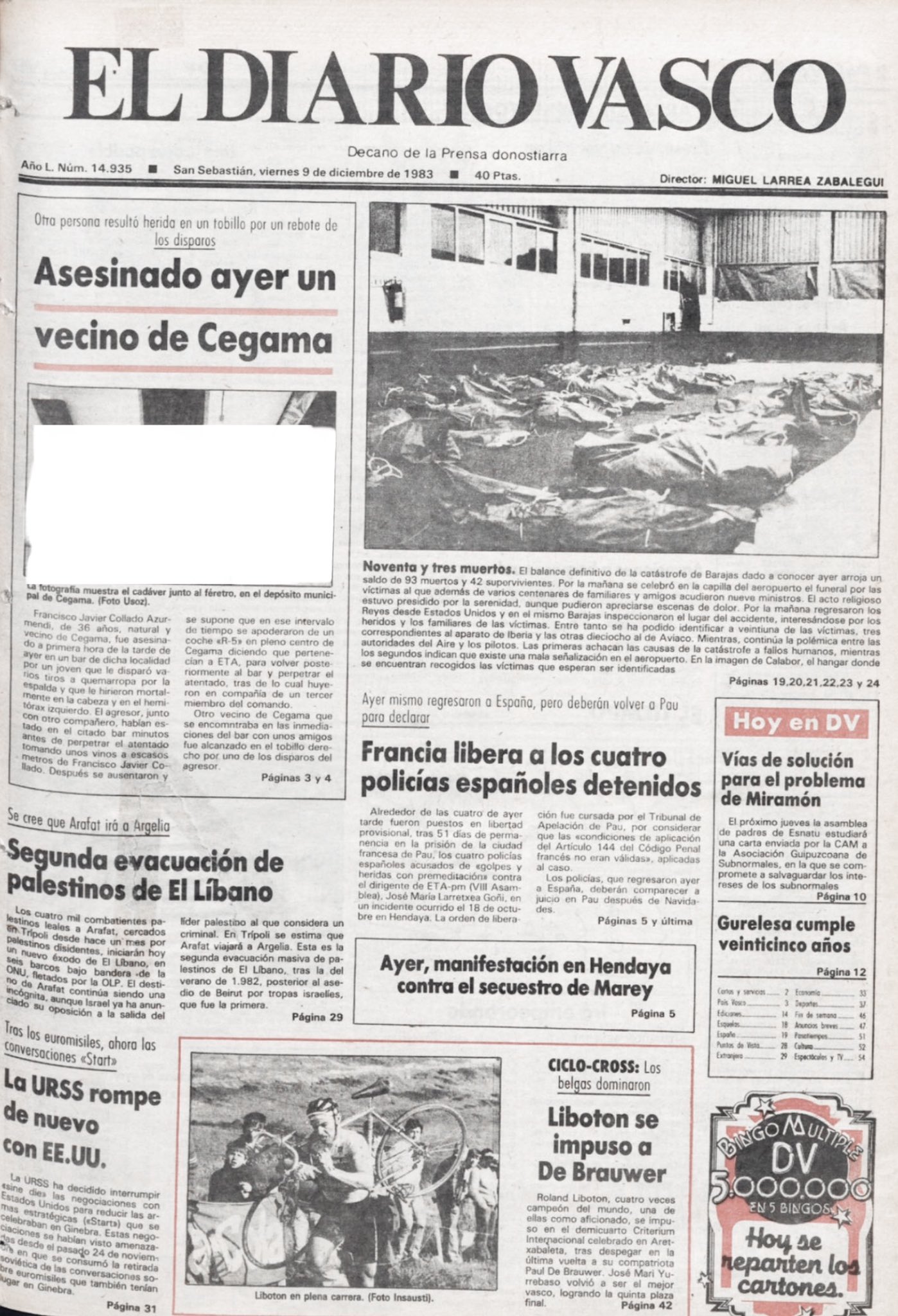 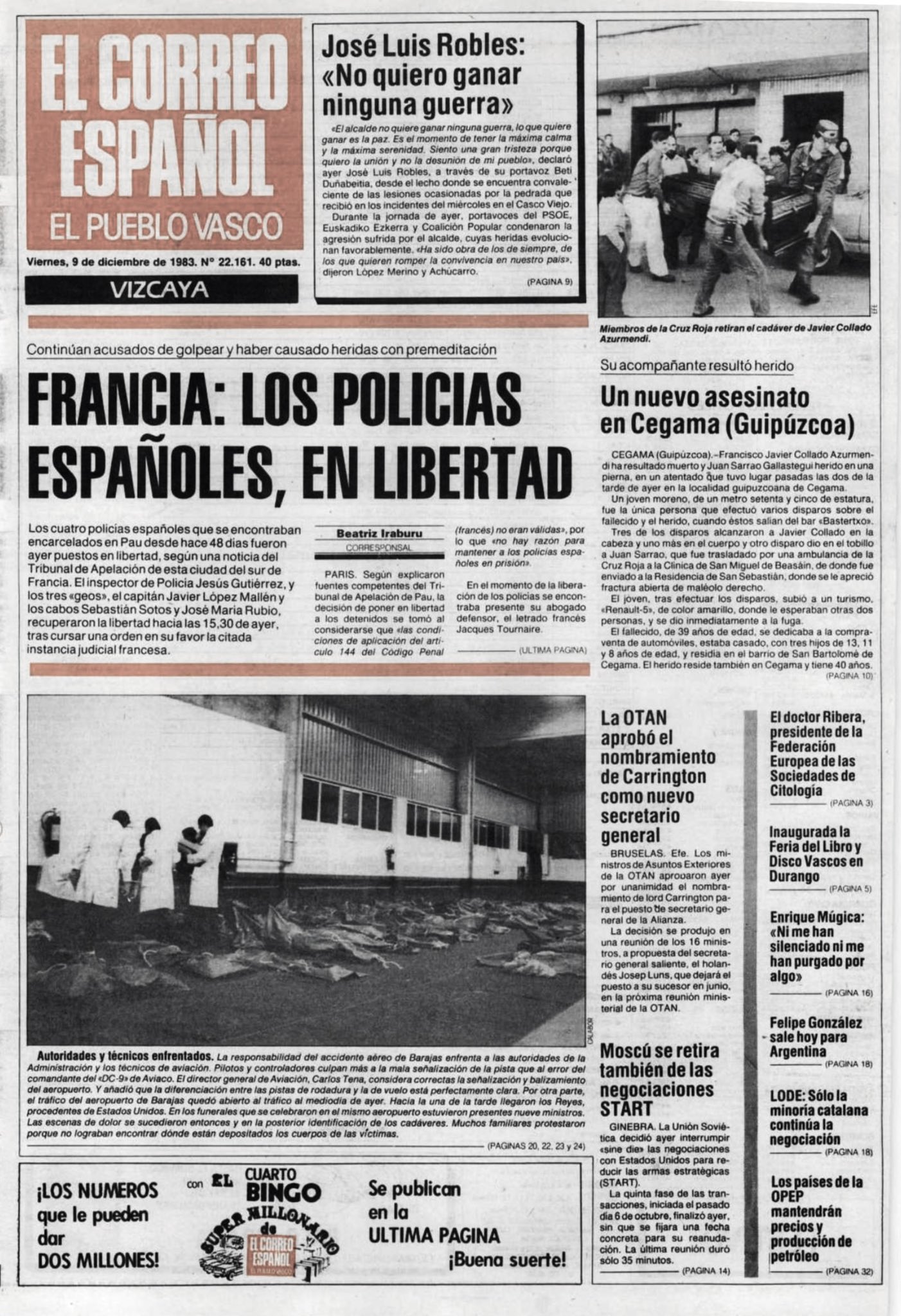