Francisco Gil Mendoza was killed shortly after 10.30 pm on 7 August 1991 in Irún by ETA member Juan Ramón Rojo González, who was hooded and armed with an automatic rifle. His brother Alfredo was with him, but managed to get away, as he had seen an armed ETA terrorist heading towards them. Francisco Gil died some hours later in a health centre.
There were some young people at the scene of the crime and Alfredo Gil asked them to come to his brother’s aid, but none of them wanted to help. He then went into the bar opposite, which was frequented by Herri Batasuna sympathisers. On seeing Alfredo asking for help for his brother, one of the barmaids threw the contents of a glass at him and turned up the music.
ETA justified the killing by claiming that the Gil Mendoza brothers were linked to drug trafficking. However, the victim’s family issued a letter saying that, although Francisco bought some doses for his own consumption, he was not a dealer. 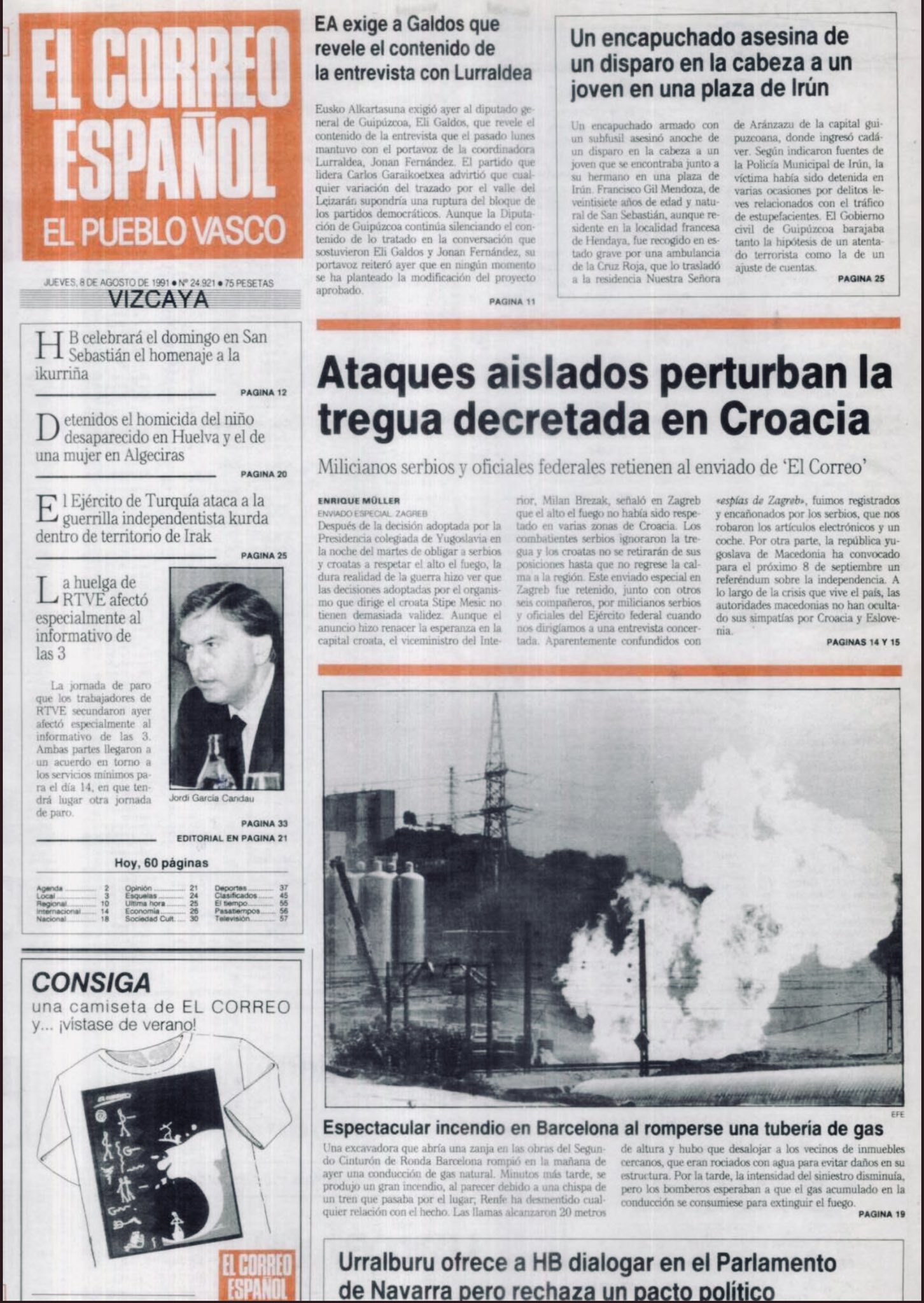 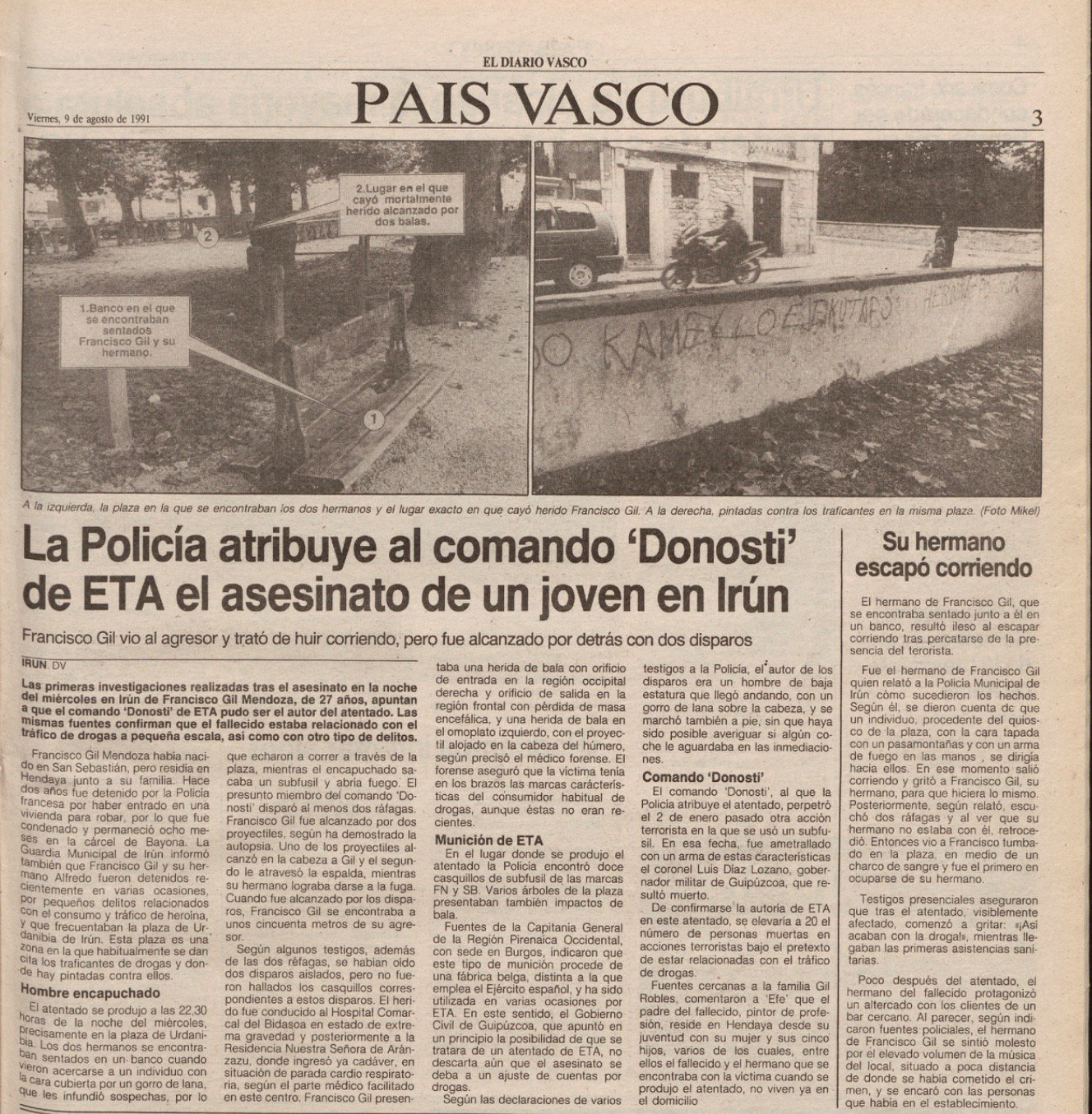 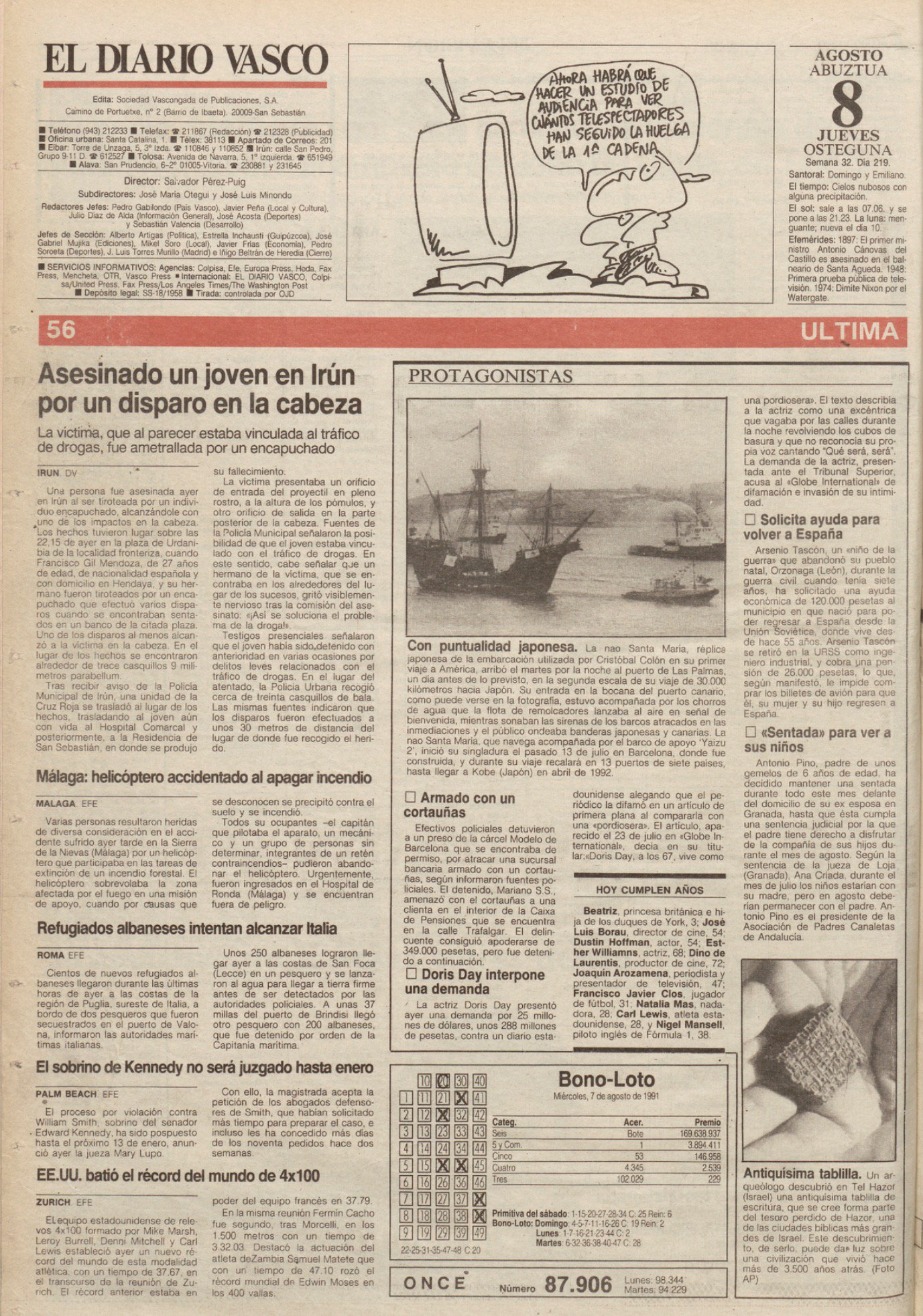 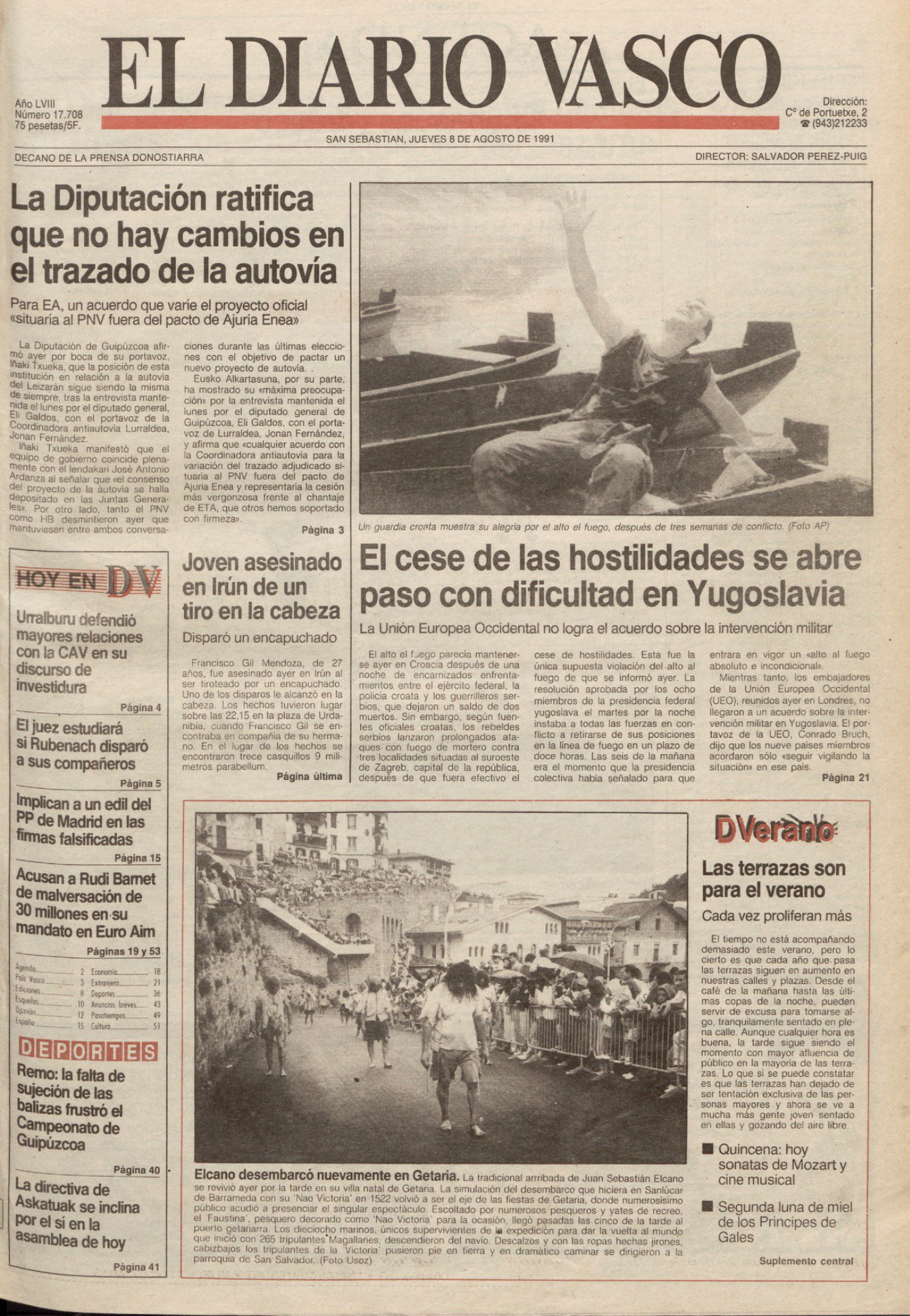