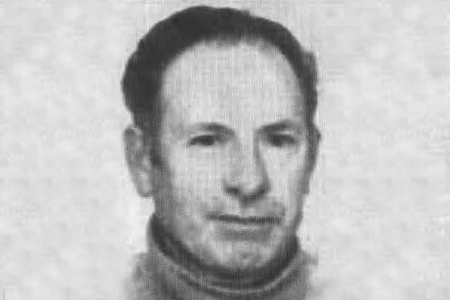 On 31 July 1975, ETA killed Francisco Expósito Camio at the taxi rank in the town of Usurbil (Guipúzcoa). Francisco had been a professional cyclist from 1942 to 1953, and had won fourteen victories in different competitions. He won the Spanish cross-country cycling championships in San Sebastian in 1951, and was a three times runner-up for the title.

After retiring from his sporting career, he earned a living as a taxi driver in Usurbil. At 11:45 am on Thursday, 31 July 1975, two ETA terrorists approached him from either side of the vehicle and shot him dead. It was due to be his last day at work. He was scheduled to travel to Germany the following day, where his daughter had just had a baby boy.

As they fled, the terrorists scattered pamphlets accusing the victim of being a Civil Guard informer.