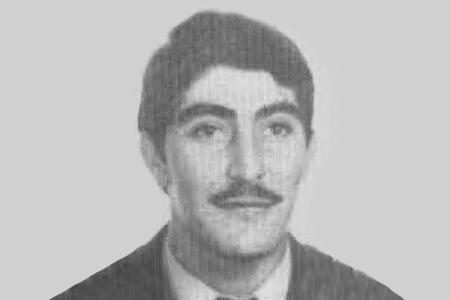 Francisco Espina Vargas and Antonio Gómez Osuna were part of a motorcycle patrol. They were shot dead as they were checking the IDs of a number of people in Calle Heraclio Fournier, in the centre of Vitoria. An ETA collaborator had previously called the National Police station to complain that there were youths shooting up drugs in the area. When they reached the site, three ETA members emerged from a bar and opened fire on the policemen. 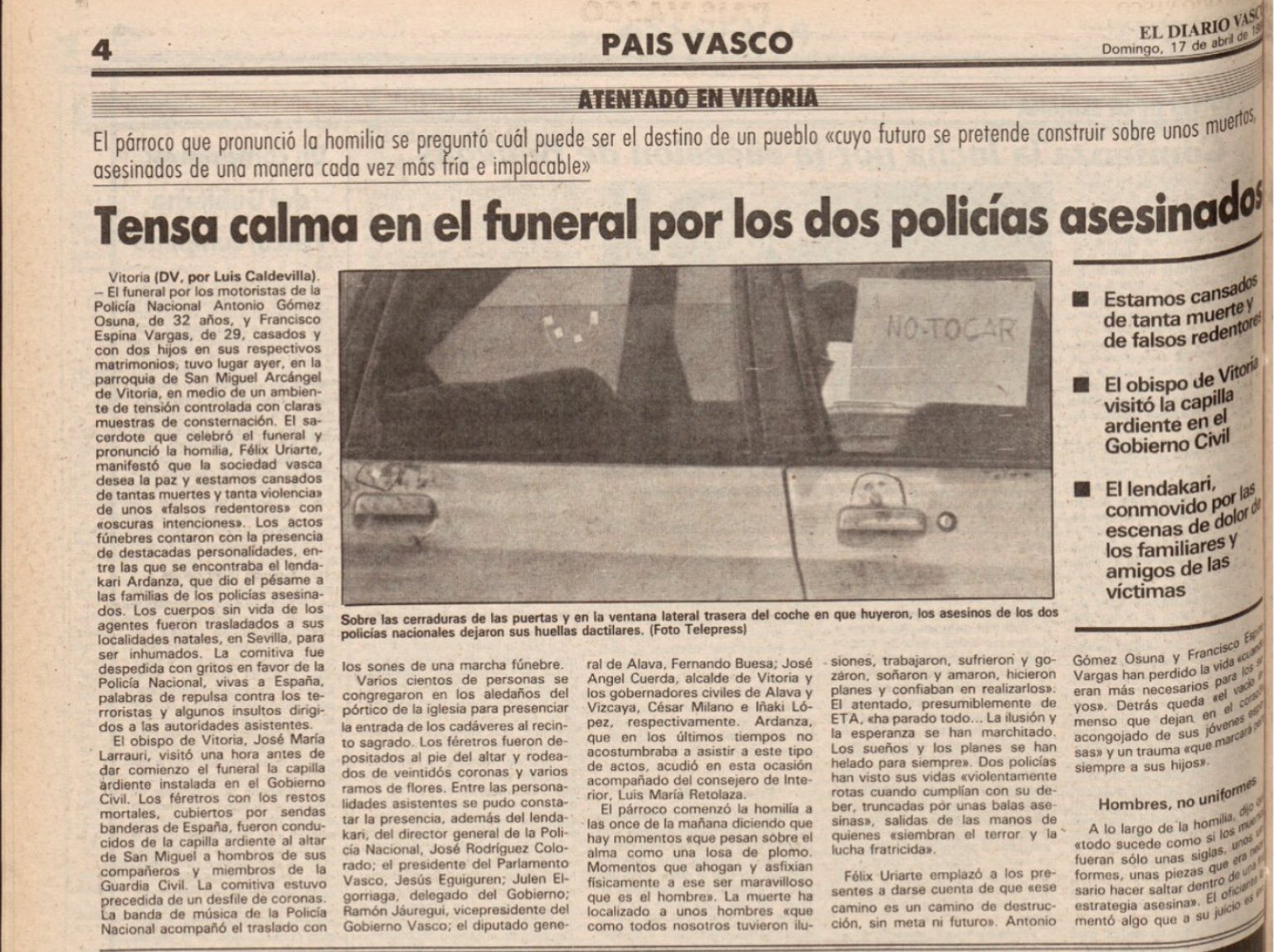 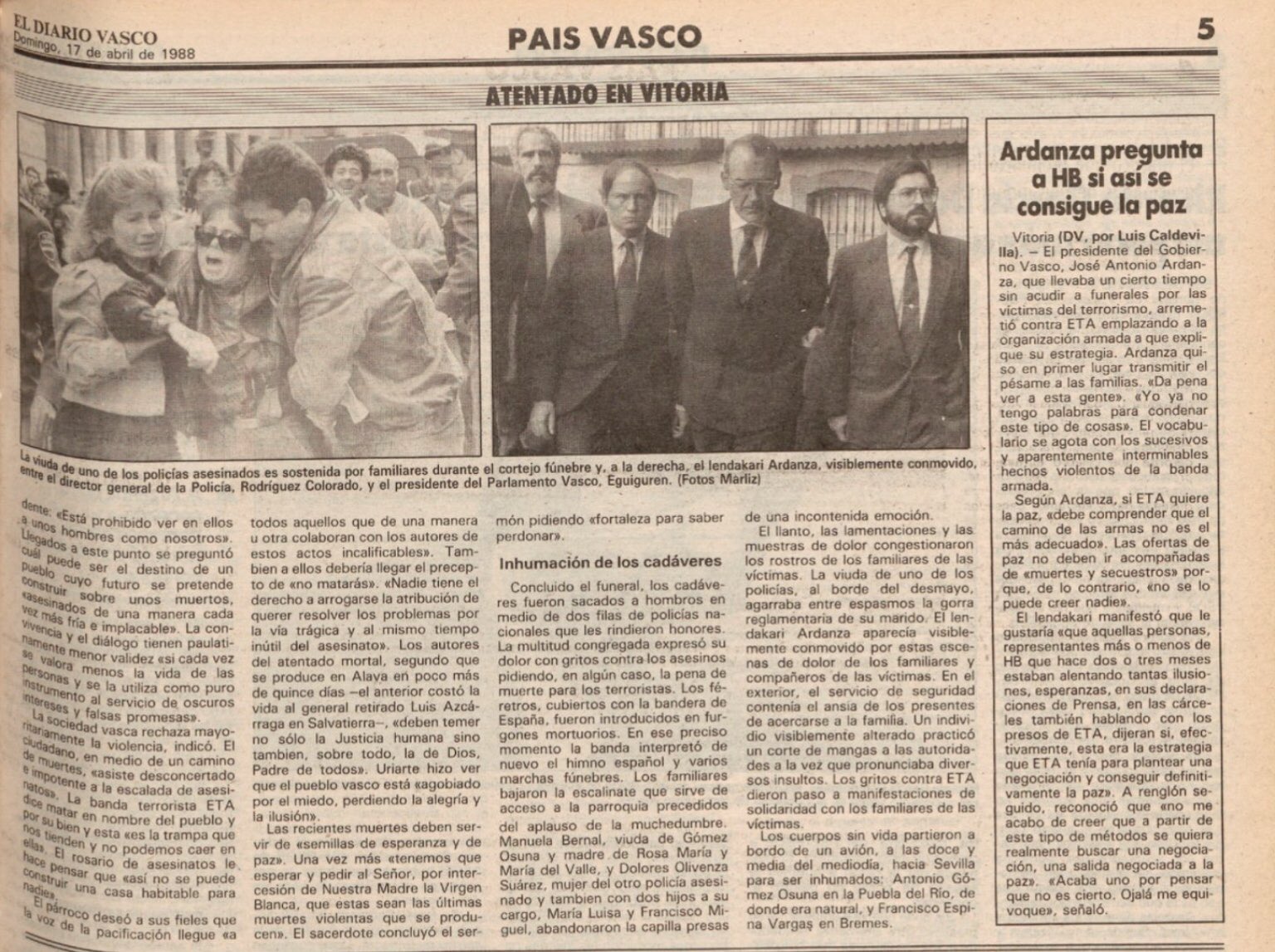 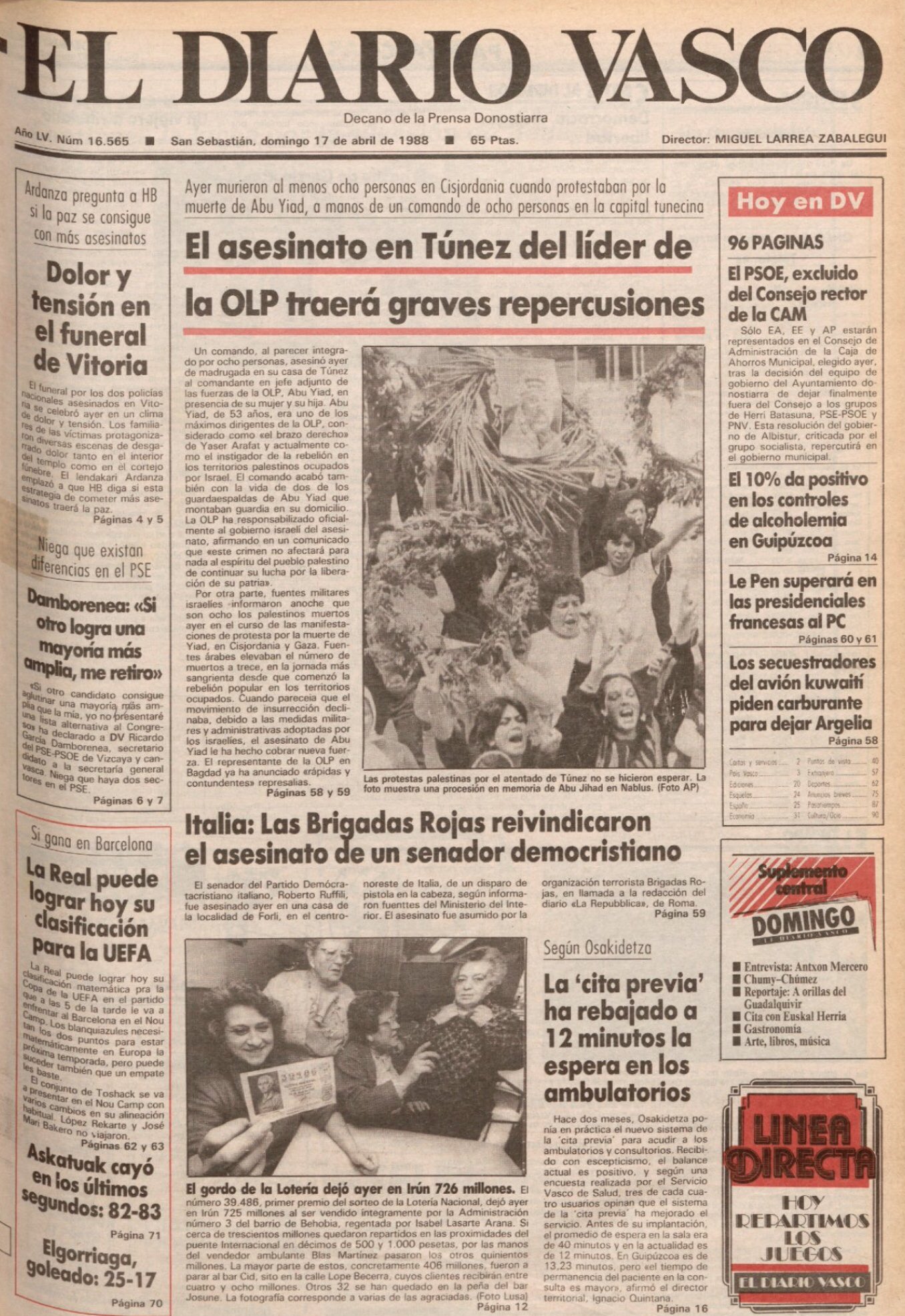 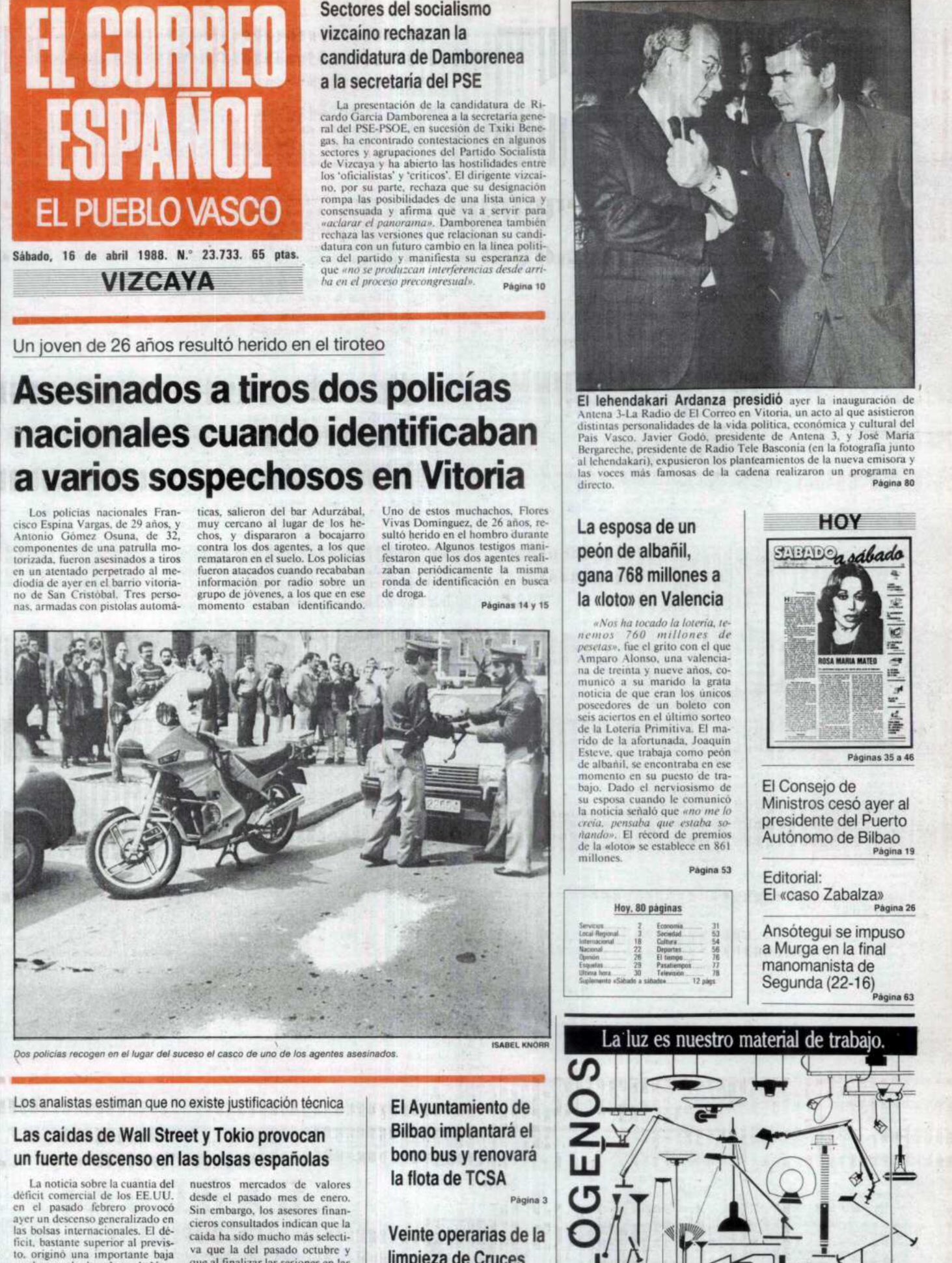