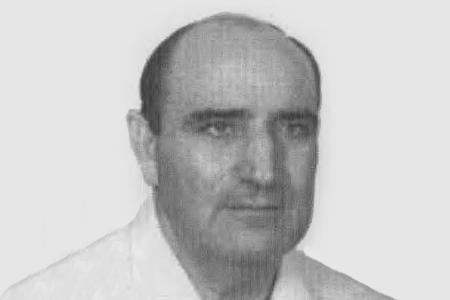 Captain Francisco de Asís Liesa Morote was living on Calle Amadeo Deprit. A terrorist unit went to his apartment block and forced the doorkeeper of the building to take them to the officer’s home. Francisco opened the door to them. Inside were his wife, Claudia Mestre, and three students who were studying for their skipper’s licence. On seeing the terrorists, the officer’s wife screamed “Murderers, murderers!”.
Once inside, one of the terrorists shut himself in an adjoining room with Francisco. They spoke for around five minutes, after which he opened the door of the room, saying: “We have finished”. Without another word, he then shot Francisco de Asís in the temple at point-blank range. The four terrorists fled on foot across unlit waste ground.
On the morning of Francisco Liesa’s funeral, posters appeared in the most of the streets of the centre of Bilbao reading: “We don’t want medals, we want our husbands”.