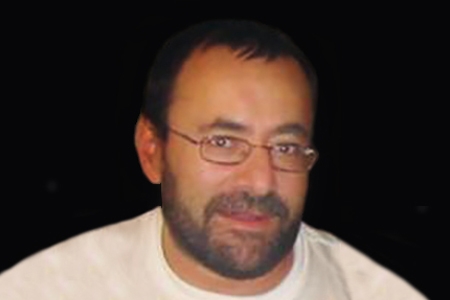 Born in: Madrid
Age: 44
Offspring: 2
Marital status: Divorced
Job: Administrative of the Institute of Foreign Trade
Date of the attack: 11/03/2004
Place of the attack: Madrid
Weapon: Others explosives
Killed by: Islamic terrorism

Francisco Antonio Quesada lived in Móstoles. He was 44 years old and had two children, aged eight and eleven, from a previous marriage. He worked in the Institute of Foreign Trade, where he was shortly due for a promotion, and he was a member of the Rivas cycling club. He had begun to rebuild his life with Marta del Río, whom he picked up every Tuesday and Thursday at Santa Eugenia station. They were both killed in the attacks.