Florentino Lopetegui Barjacoba was not the intended target if the attack that killed him. He was in a bar having a drink with Civil Guard Francisco Pascual when he was gunned down by three terrorists. Rather than acknowledging their mistake, however, ETA claimed that the victim was a collaborator of the Civil Guard, a claim that was refuted by both the town council and the victim’s parents.
Lopetegui was fluent in Basque and his father was a member of the Basque Nationalist Party (PNV). 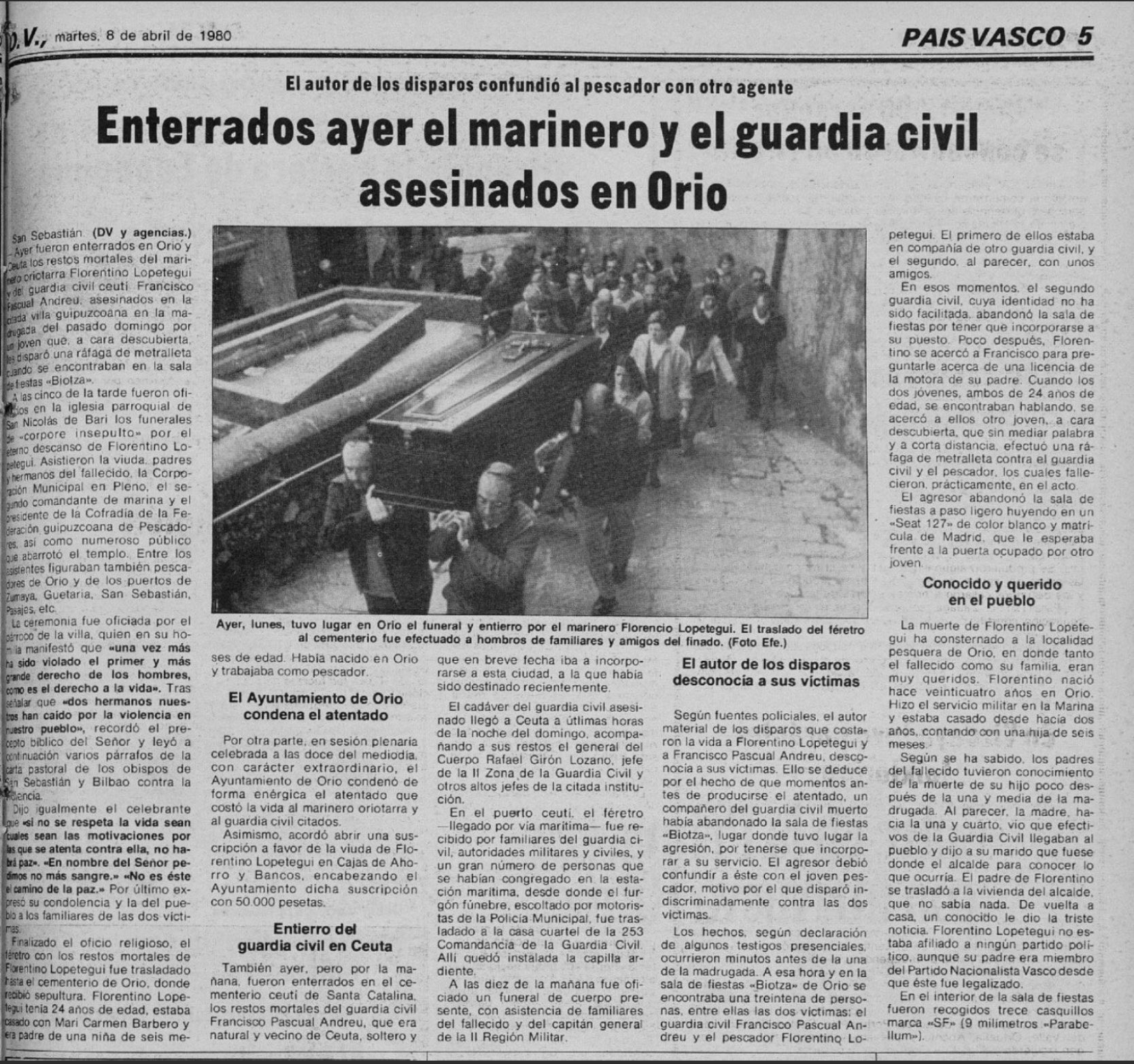 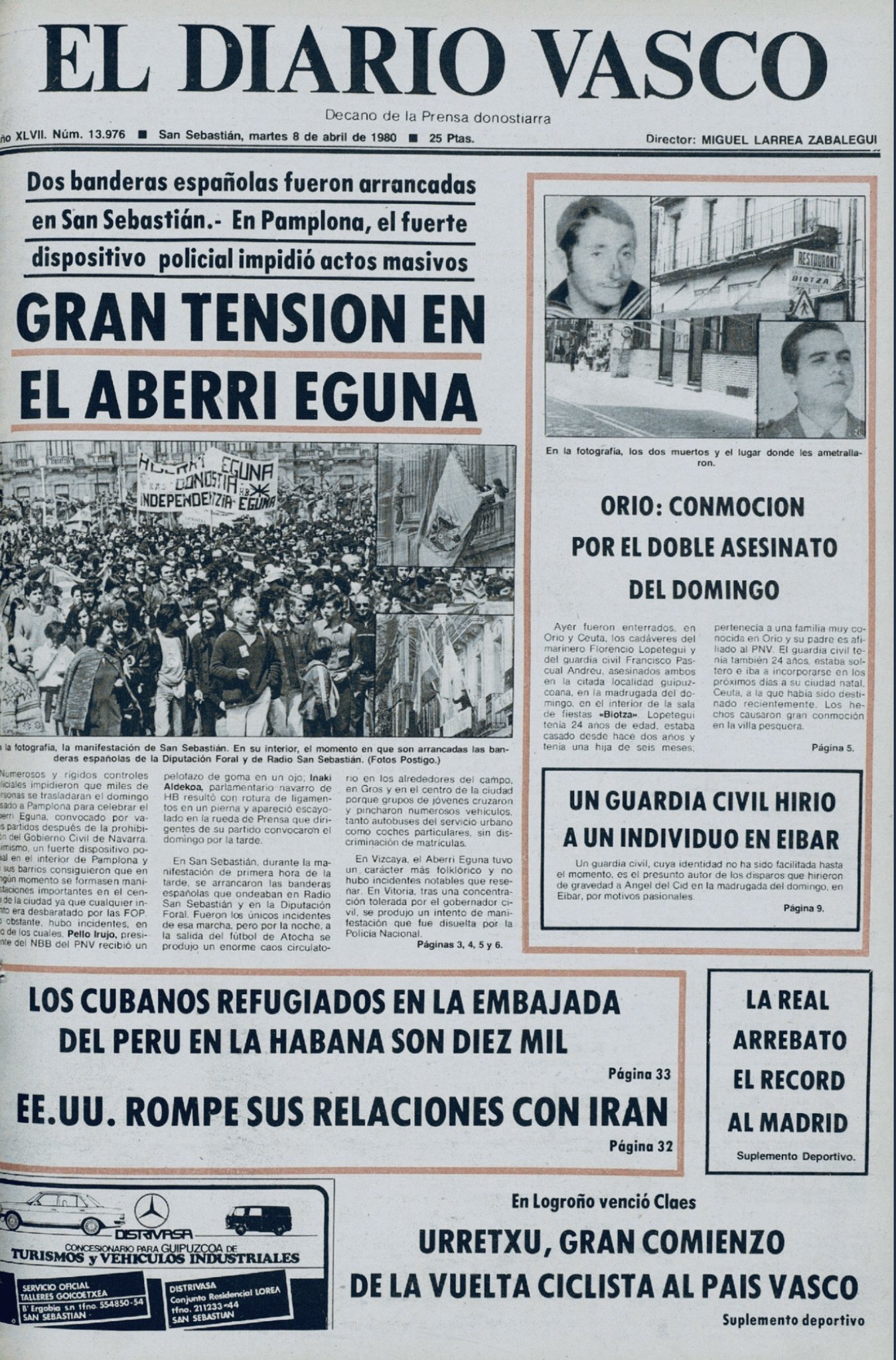 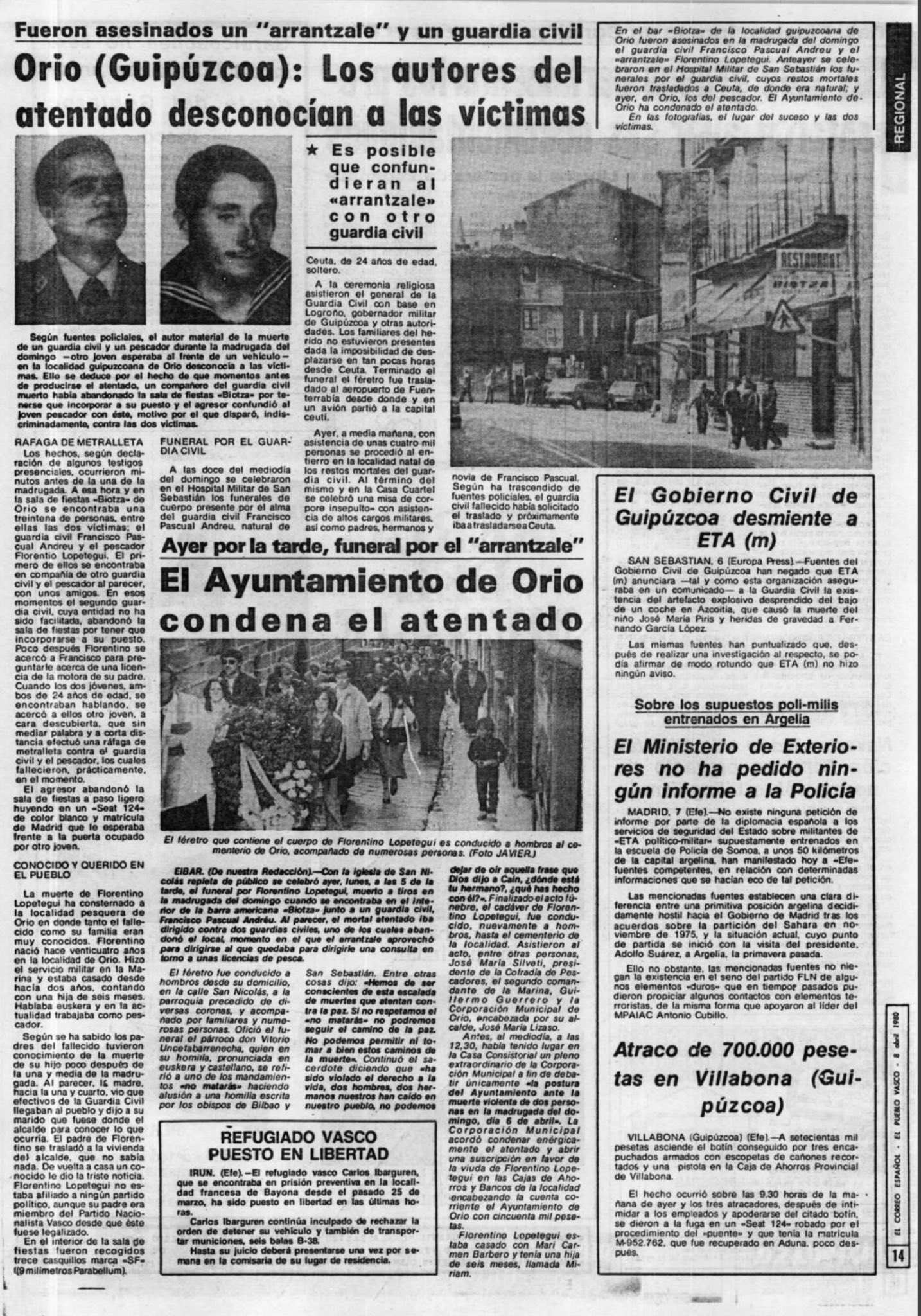