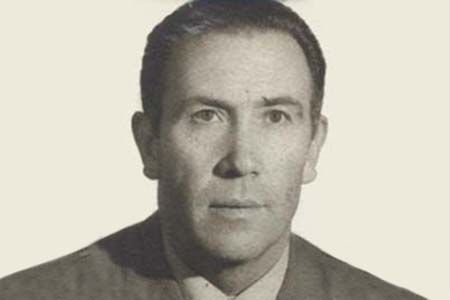 Born in: Castilla y León
Age: 55
Offspring: 1
Marital status: Married
Job: Commissioner of the Armed Police, Chief of Radio Patrols of the Department of Public Order
Date of the attack: 27/09/1977
Place of the attack: Madrid
Weapon: Gun
Killed by: GRAPO

Florentino Herguedas was standing at a bus stop in the Carabanchel district. He was in uniform and on his way to work. A young man approached him and asked him for help, saying that there had been a serious accident. The Commissioner went with him, but when they rounded the corner of Calle Camino de la Laguna, he was shot at point-blank range. The bullet travelled through the back of his head, exiting on the left-hand side. Florentino was taken in an Armed Police patrol car to the Gómez Ulla Hospital, where he died. Some days later, GRAPO claimed responsibility for his killing.