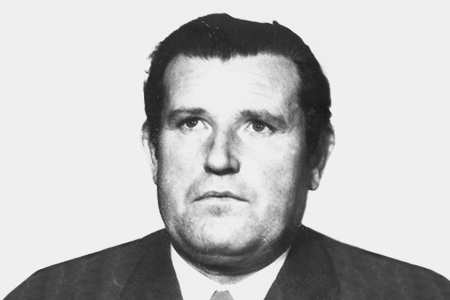 On the morning of 28 May 1983, Civil Guard officers Fidel Lázaro Aparicio and Antonio Conejo Salguero were on guard duty at the post office on Paseo de Sarasate, in the centre of Pamplona. At 11.05 am, two terrorists, described by witnesses as “well-dressed”, approached within a few metres of the officers before producing guns and shooting them at point-blank range. They then escaped on foot to a nearby vehicle where another terrorist was waiting. Fidel Lázaro died shortly afterwards at the University Clinic. Doctors found that he had received six bullet wounds. Antonio Conejo, who had begun his new posting that day, was shot six times; he was pronounced dead on arrival at the Navarra Hospital.  The Autonomous Anti-Capitalist Units, a splinter group of ETA, claimed responsibility for the double killing. 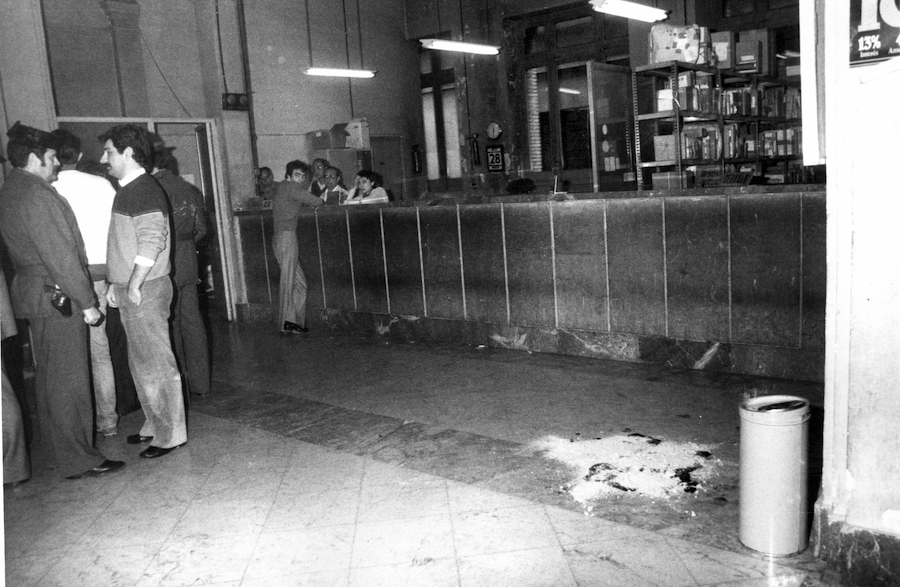 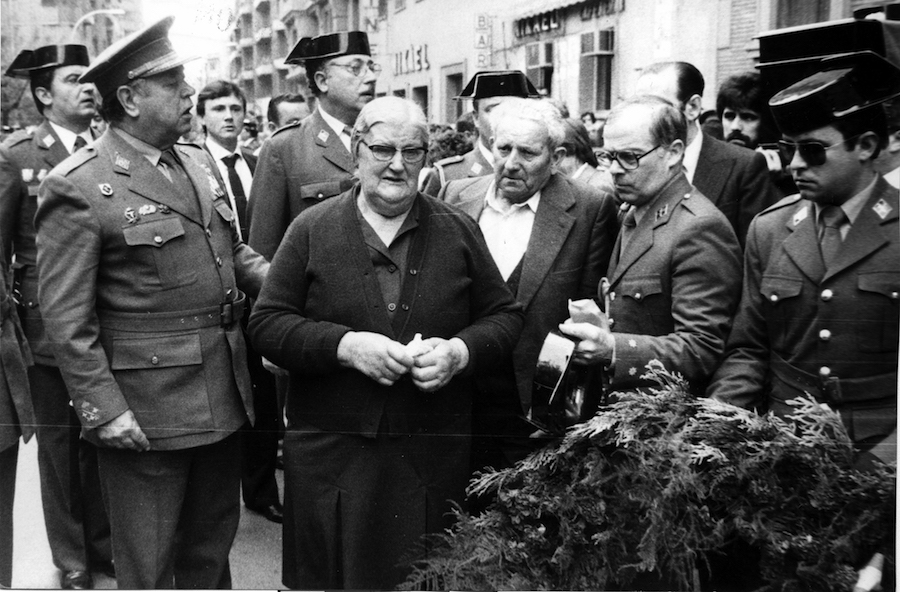 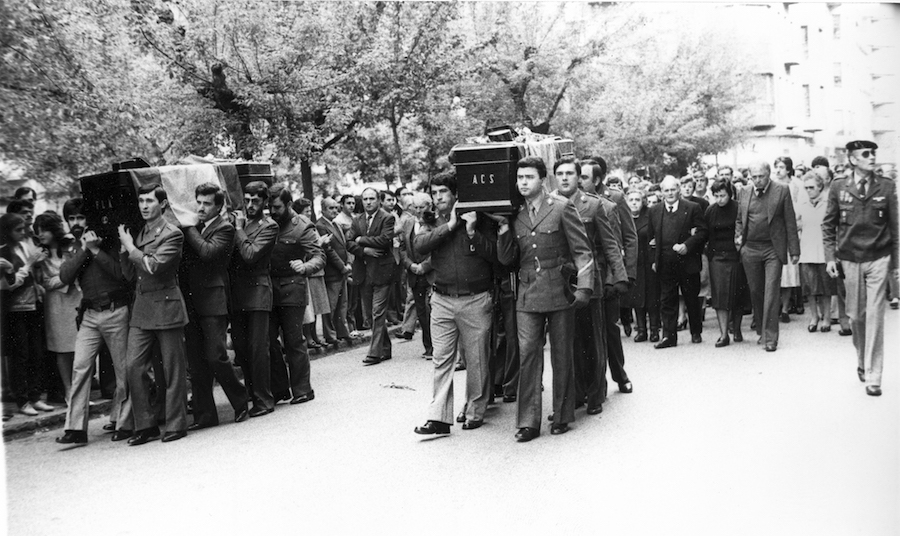 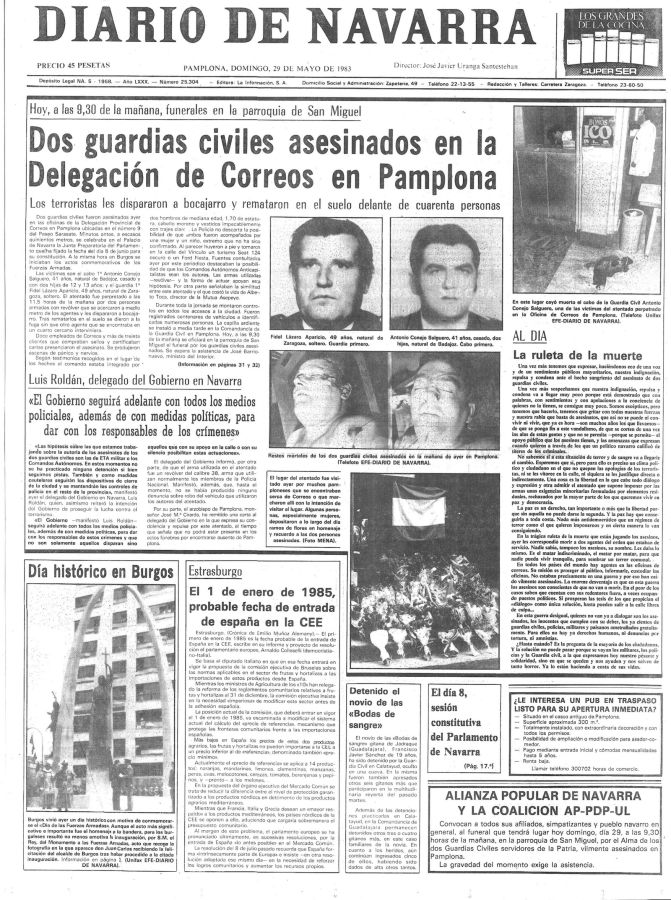 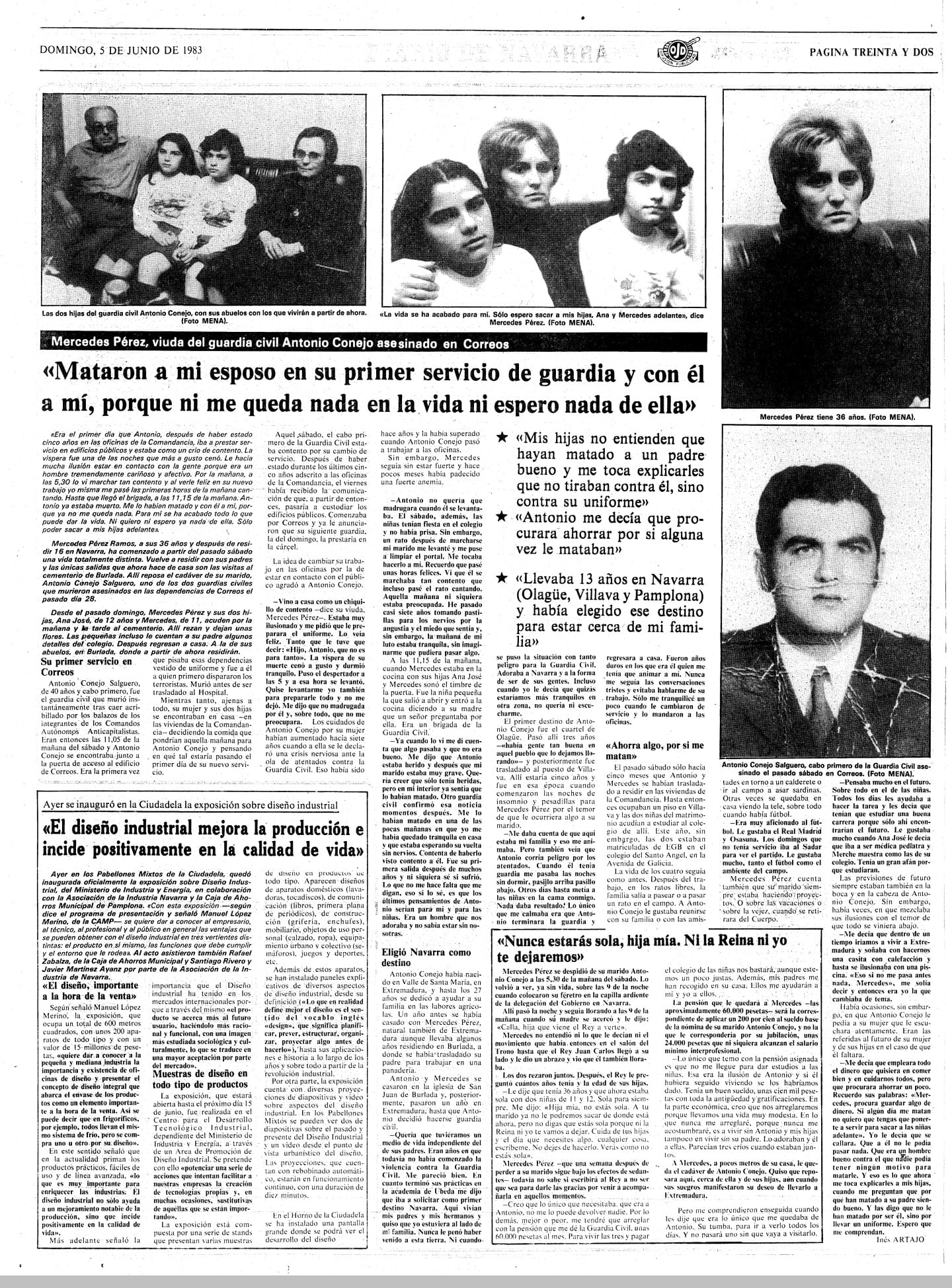