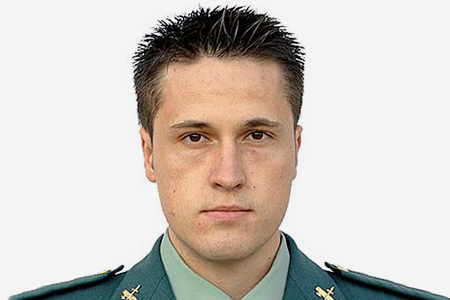 On the morning of 1 December 2007, during a break, Civil Guard officers Fernando Trapero Blázquez and Raúl Centeno Bayón entered a café in a shopping centre in Capbreton, in the French department of Les Landes (Nouvelle-Aquitaine). Three members of ETA (two men and a woman), who were having breakfast at the next table, suspected that the two young men were police officers.

At around 9.00 am, when the civil guards left the establishment, the ETA members followed them out. As they were getting back into their vehicle, two of the terrorists held them at gunpoint, while the other searched the back seats for the officers’ ID. Having confirmed that they were civil guards, he shot them. He then got out of the car and shot the passenger once more. Asier Bengoa López from Armentia, Saioa Sánchez Iturregi and Mikel Karrera Sarobe, alias Ata (who fired the gun), were convicted of the murder.

Fernando Trapero Blázquez (23) was the son of a Civil Guard officer and had joined the force in 2004. They formed part of the Operations Support Group (GAO) of the Information Unit and worked in the fight against ETA. At the time of the attack, he was seated in the driver’s seat. He was taken to Bayonne hospital, where he was admitted in a very severe condition and died four days later. 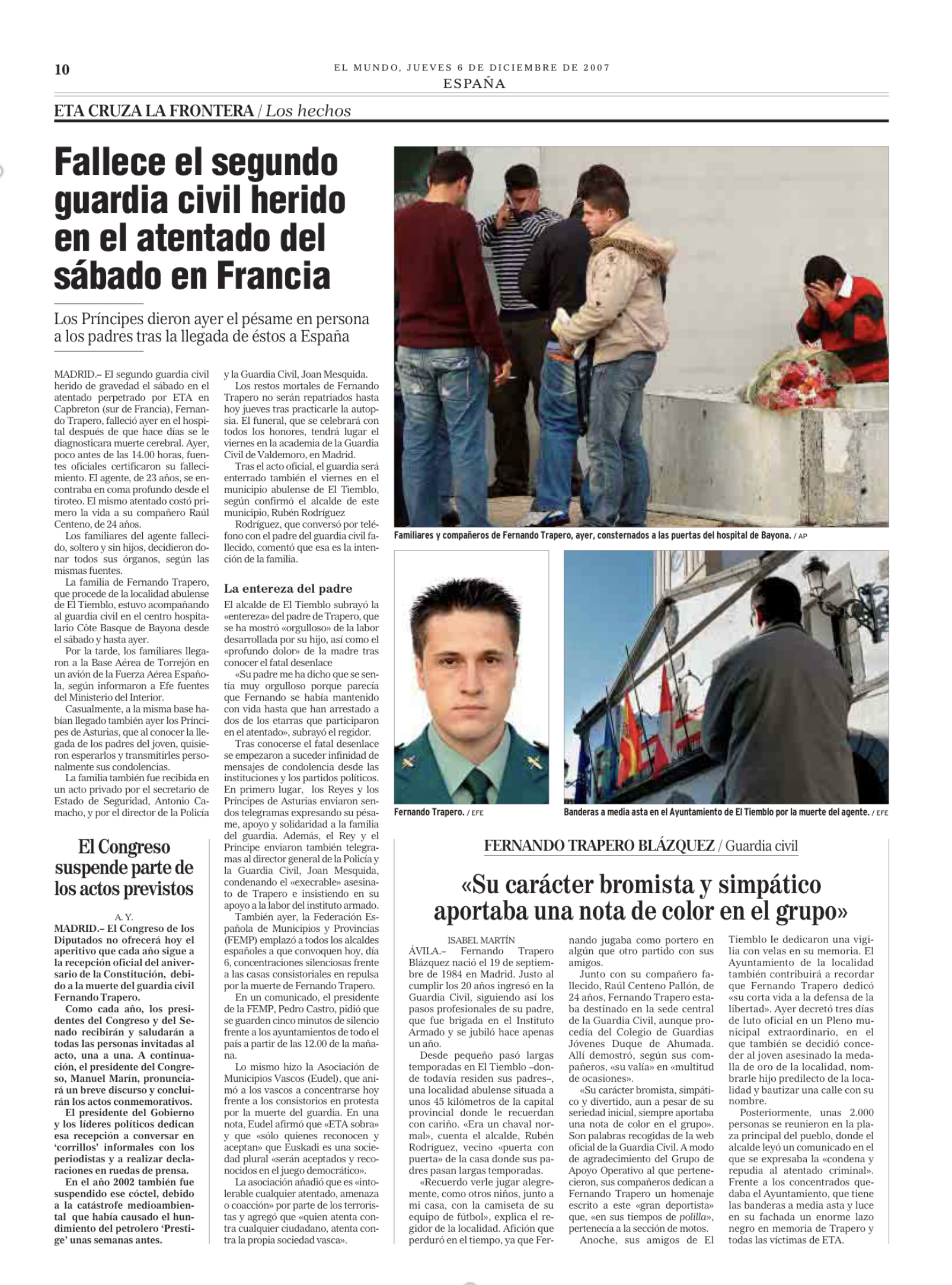 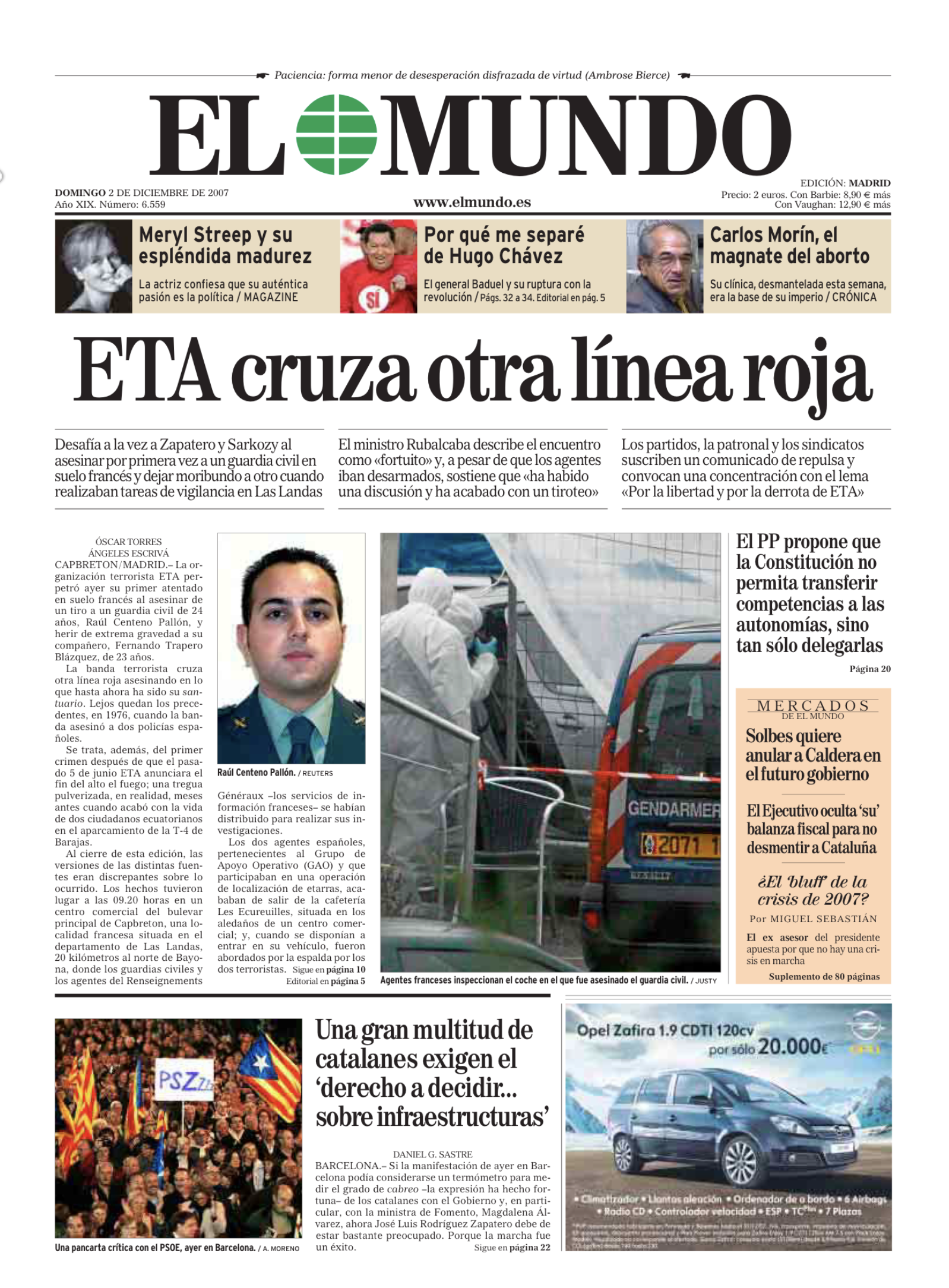 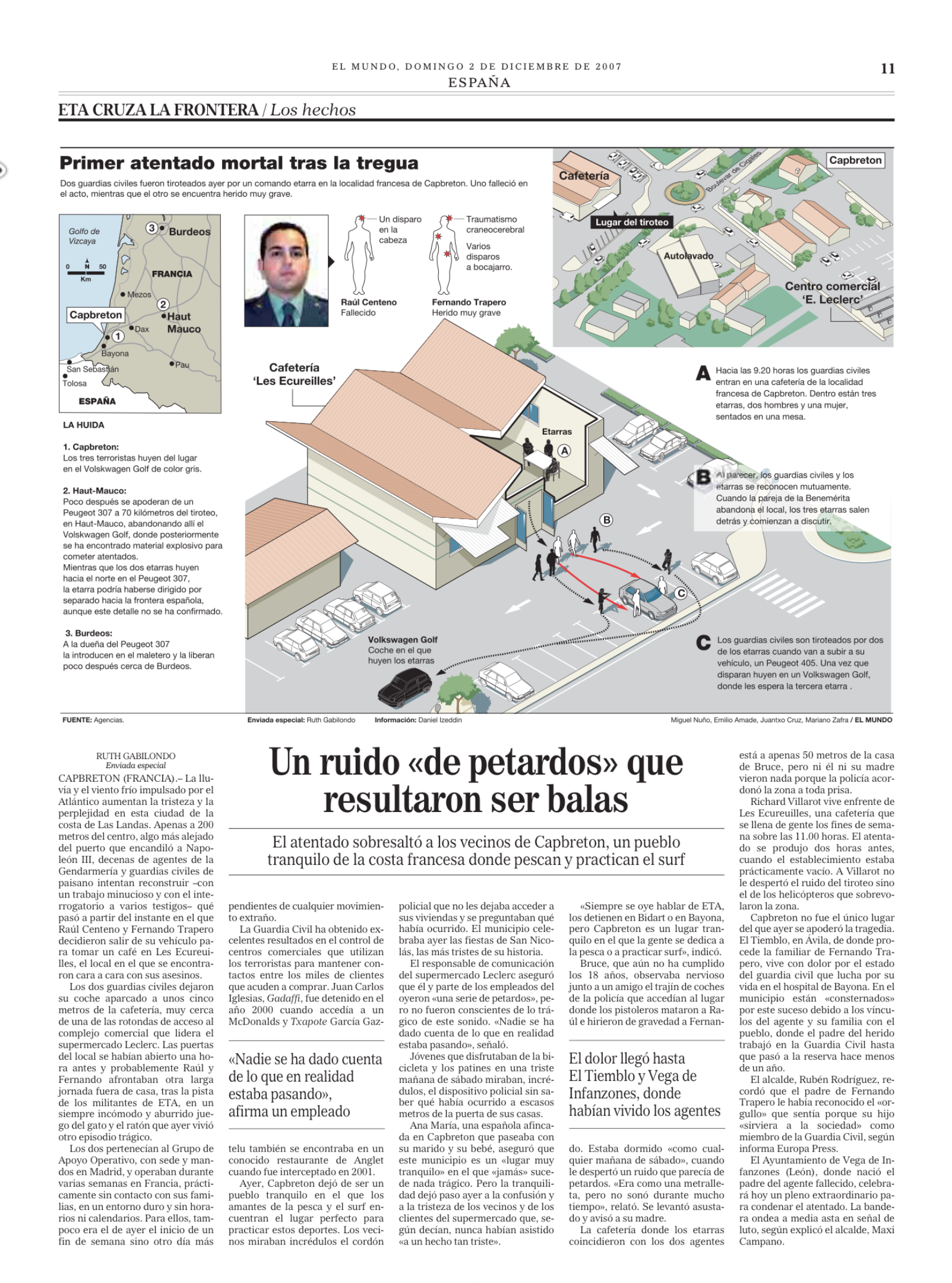 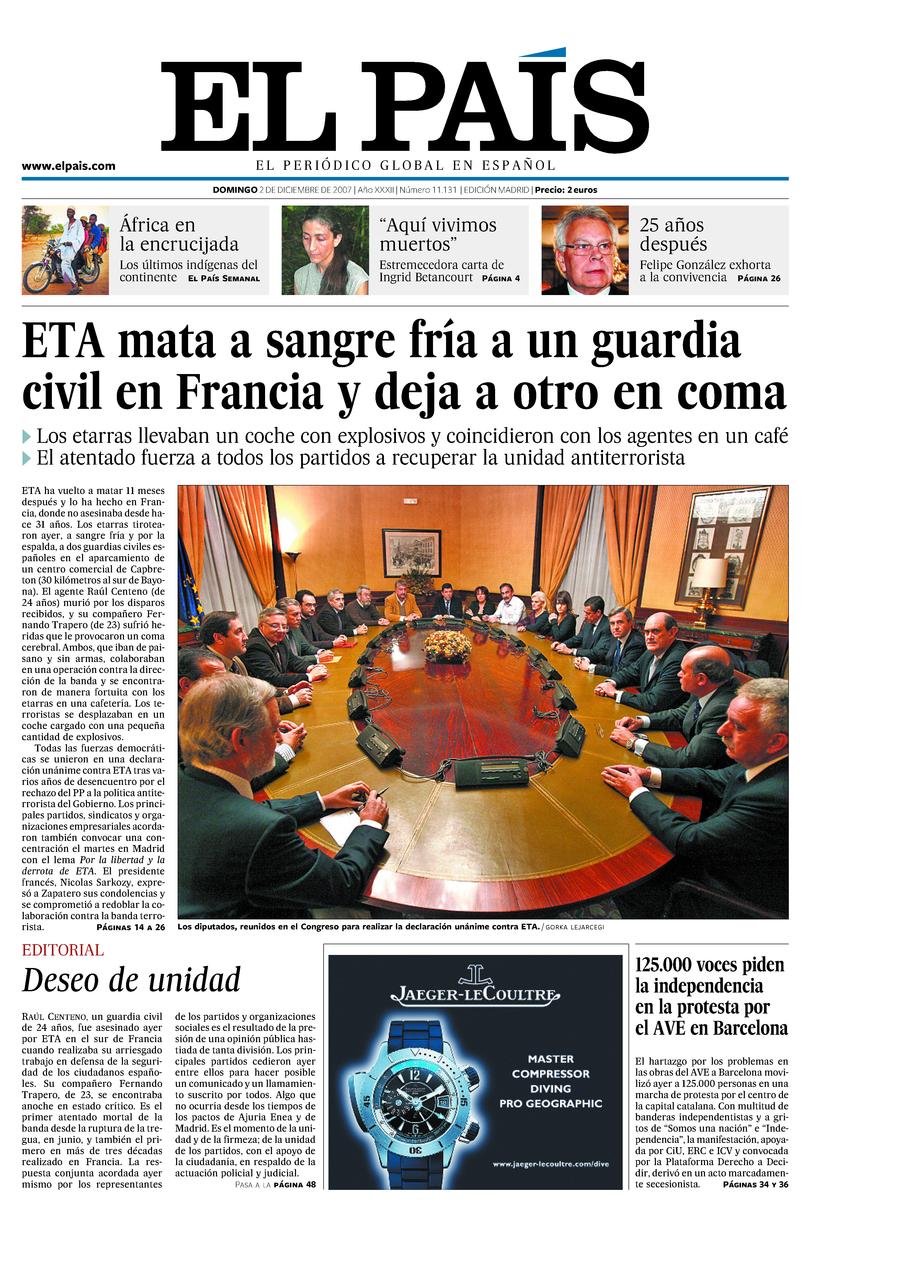