Fernando Llorente Roiz went to a bar close to his home in Bilbao and spent some time there watching a boxing match with friends. After leaving the premises, he walked back home. At the main door of his home on Calle Calixto Díez, two individuals shot him six times at point blank range. Some people in the bar heard the shots and came to the victim’s aid. He was taken to Basurto hospital, but died shortly after admission. The terrorists had previously called Fernando’s home to make sure that he was not back yet. 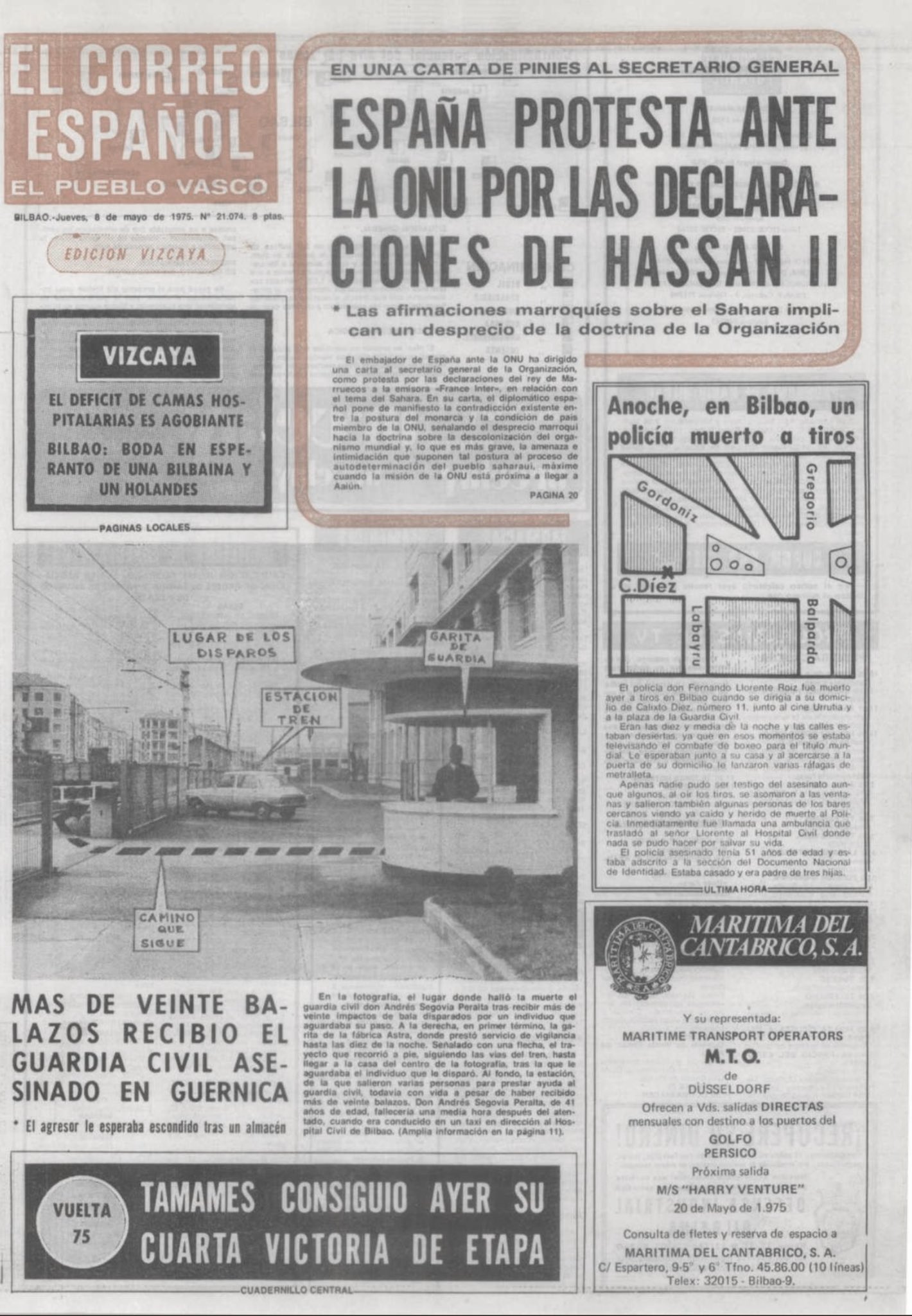 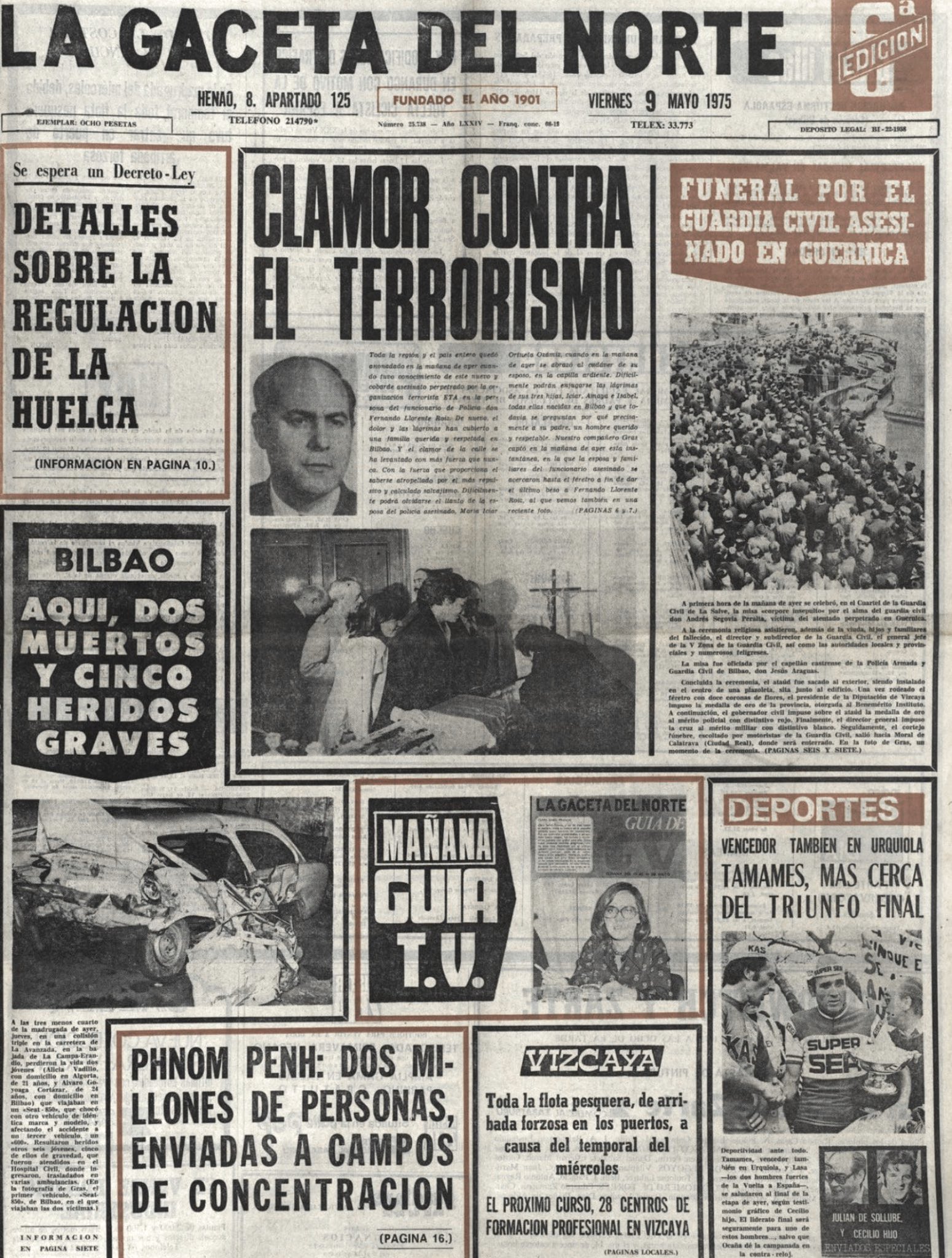 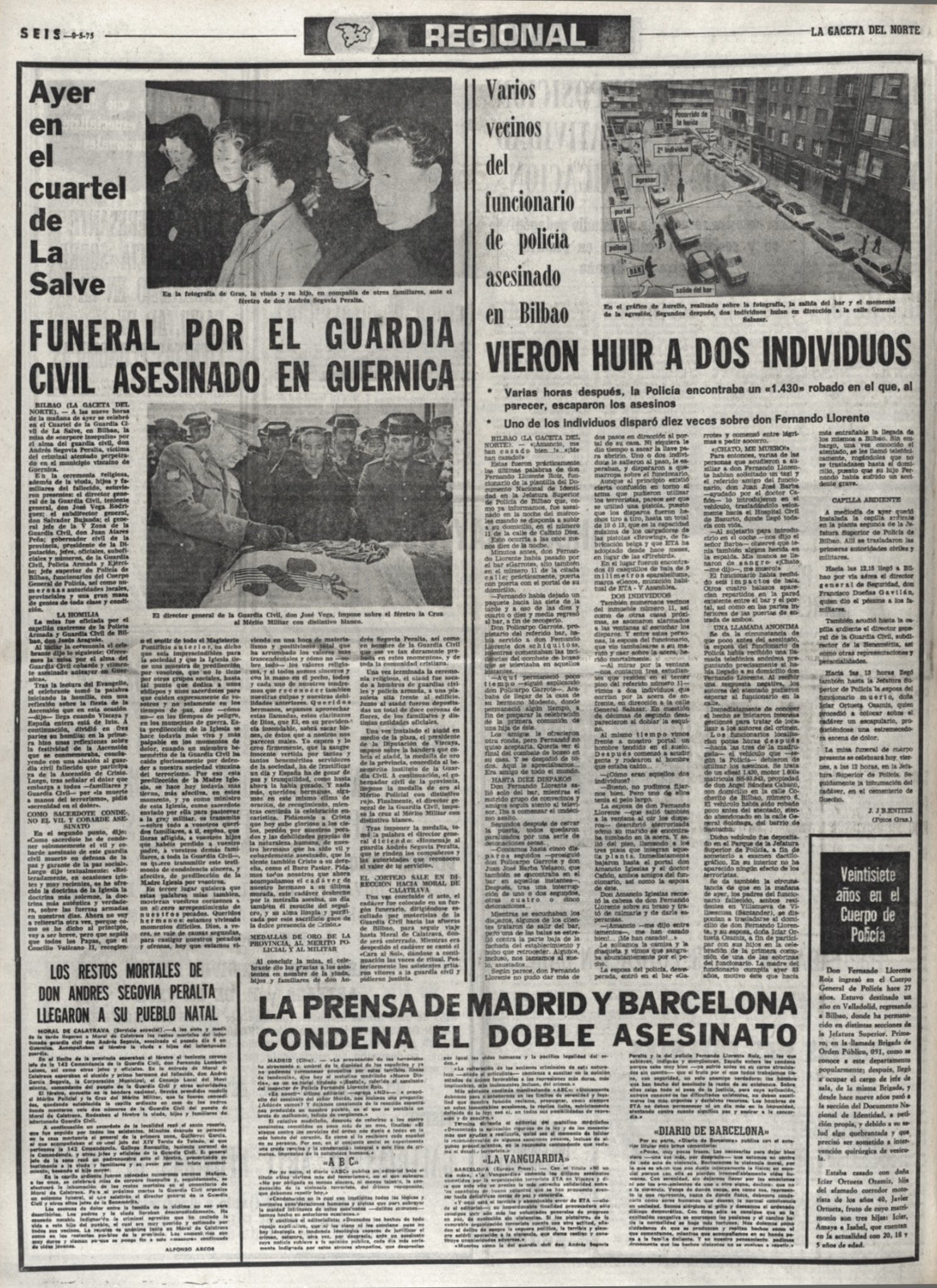