Born in: Ceuta
Age: 25
Offspring: 1
Marital status: Married
Job: Carpenter
Date of the attack: 26/06/1975
Place of the attack: Ceuta
Weapon: Others explosives
Killed by: Other

On 26 June 1975, Fernando Fernández Moreno and a colleague went to leave an item of furniture at the Naval Command Headquarters in Ceuta. Around 4.30 pm, when the two workers were entering the main door, an explosive device, which had been planted on the landing of the first floor, went off. Fernando Fernández caught the full impact of the blast. He was taken to the Red Cross Hospital but was dead on arrival. It was the second attack in Ceuta in barely an hour and a half. It was never established who was responsible for the killing, although some information indicated that it was perpetrated by pro-Moroccan terrorist groups.

Fernando Fernández was a carpenter. He had been married for just over a year and had a baby daughter. He was posthumously awarded the Ceuta Medal by the city council. 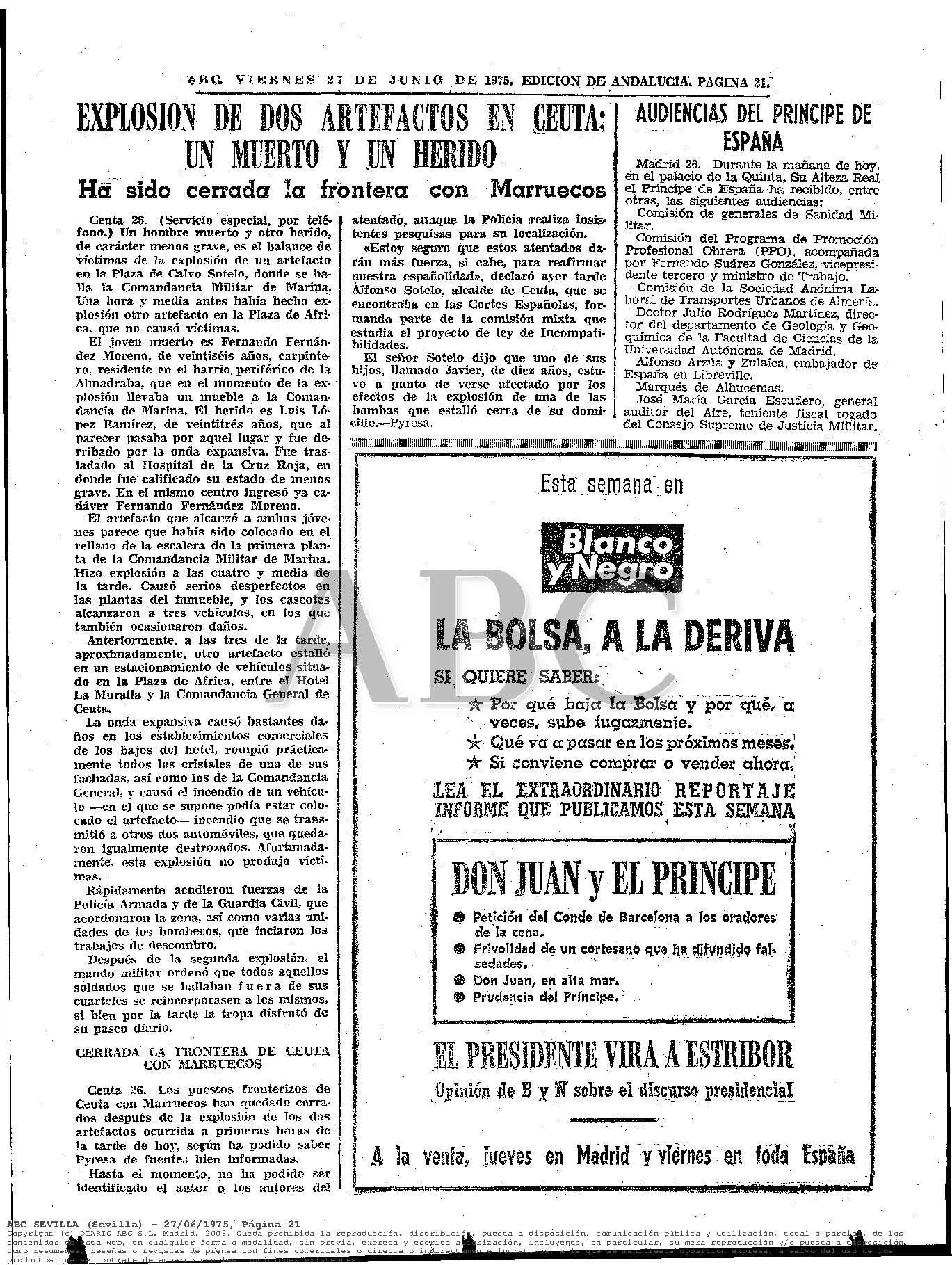 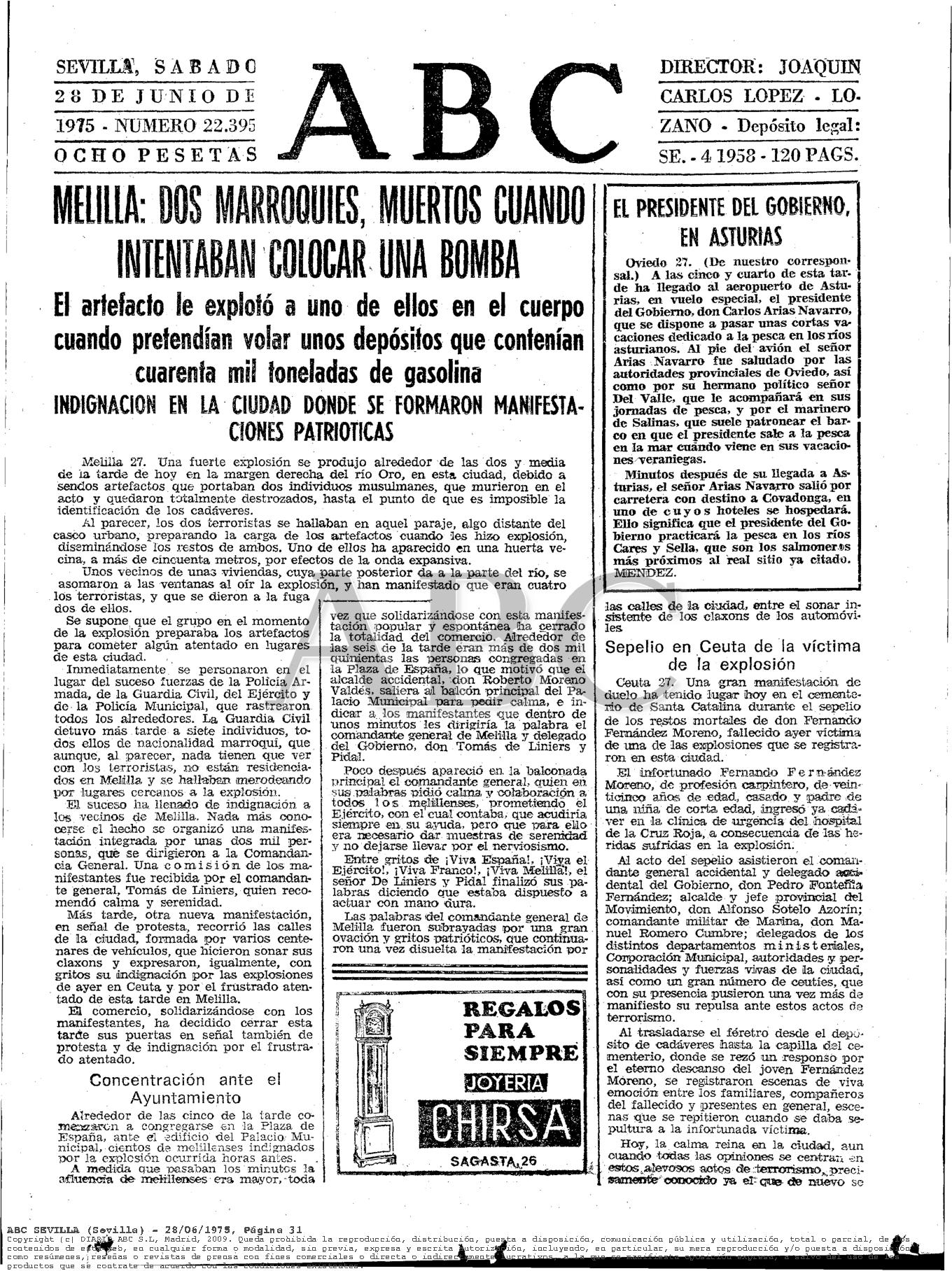