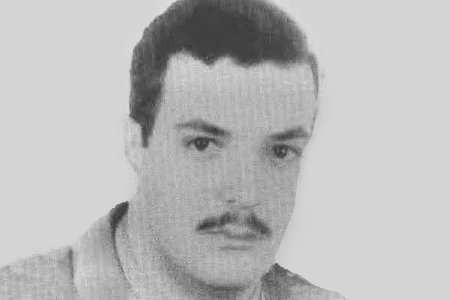 On 3 August 1985, civil guard Fernando Amor Calvo was killed when he was trying to defuse a bomb that had been planted by ETA in the town of Luyando (Álava).
At about 6.00 am the Ertzaintza (Basque police) received a warning that a bomb had been planted in the town containing six kilograms of Goma-2 in a biscuit tin. However, because they had no bomb disposal unit of their own at the time, they contacted the Civil Guard. Fernando Amor tried to disable the explosive, but it went off. He was taken to the Enrique Sotomayor hospital in Barakaldo, but died while undergoing surgery. He was 25 years old and had been married a few weeks before. 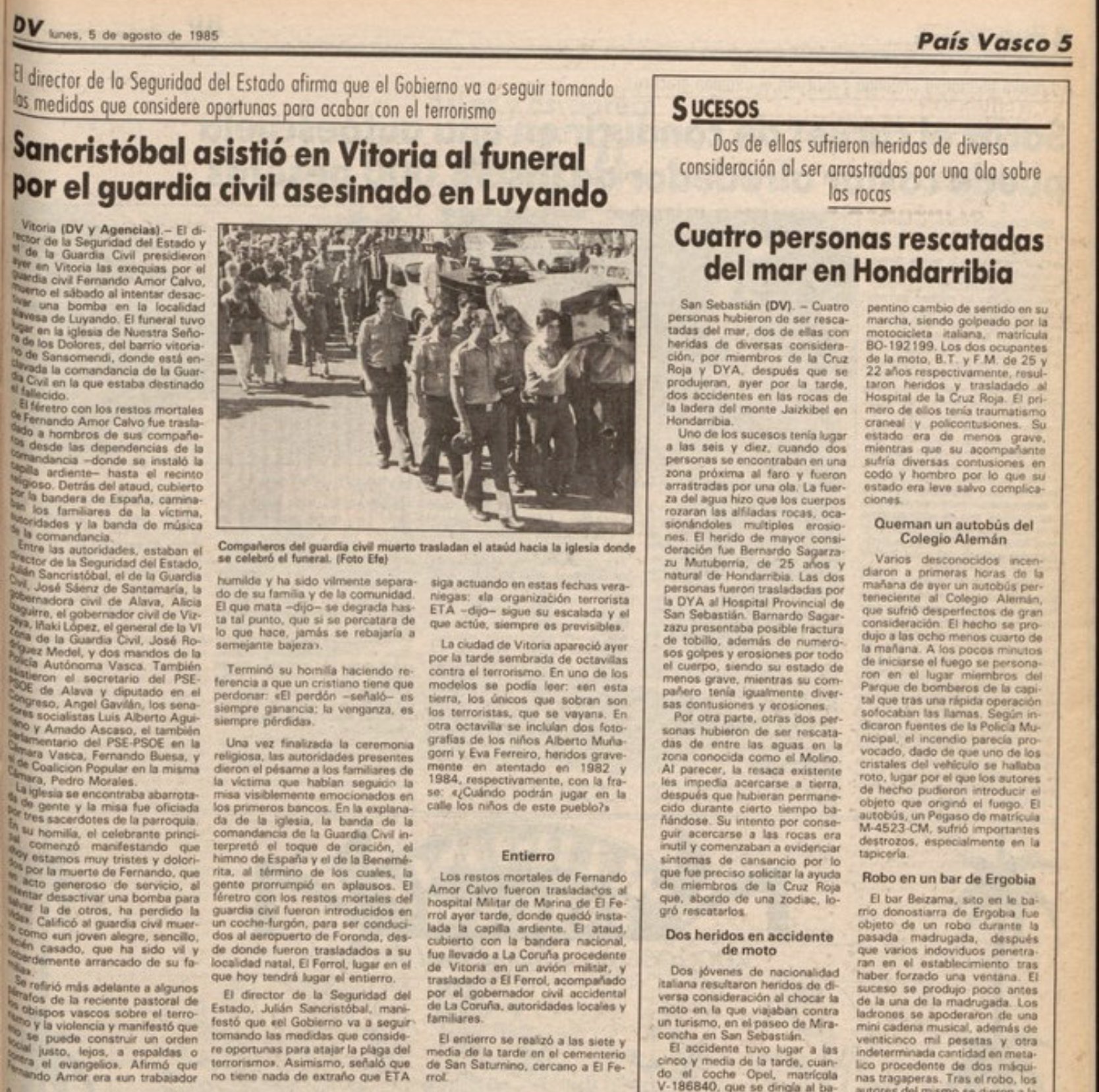 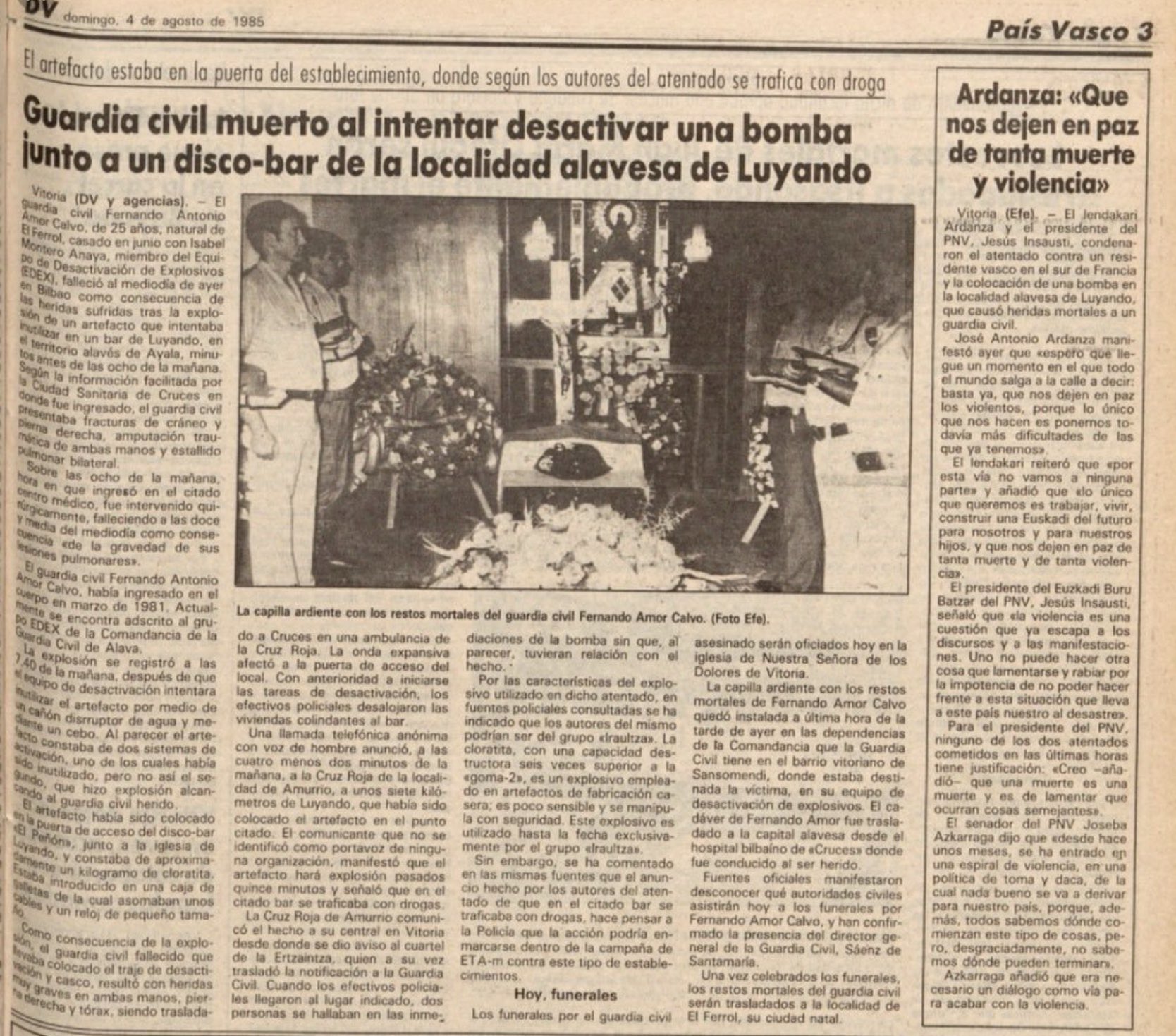 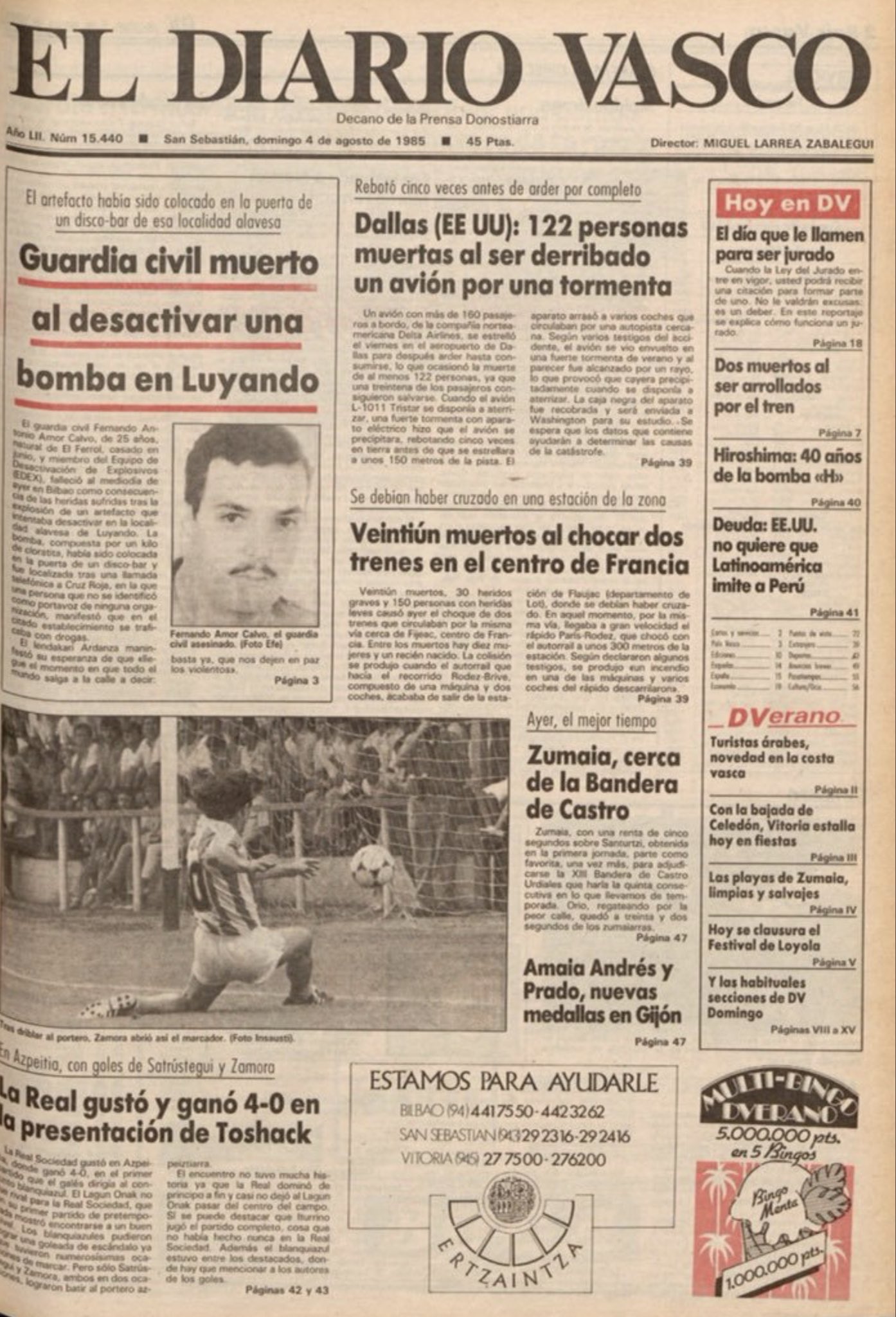 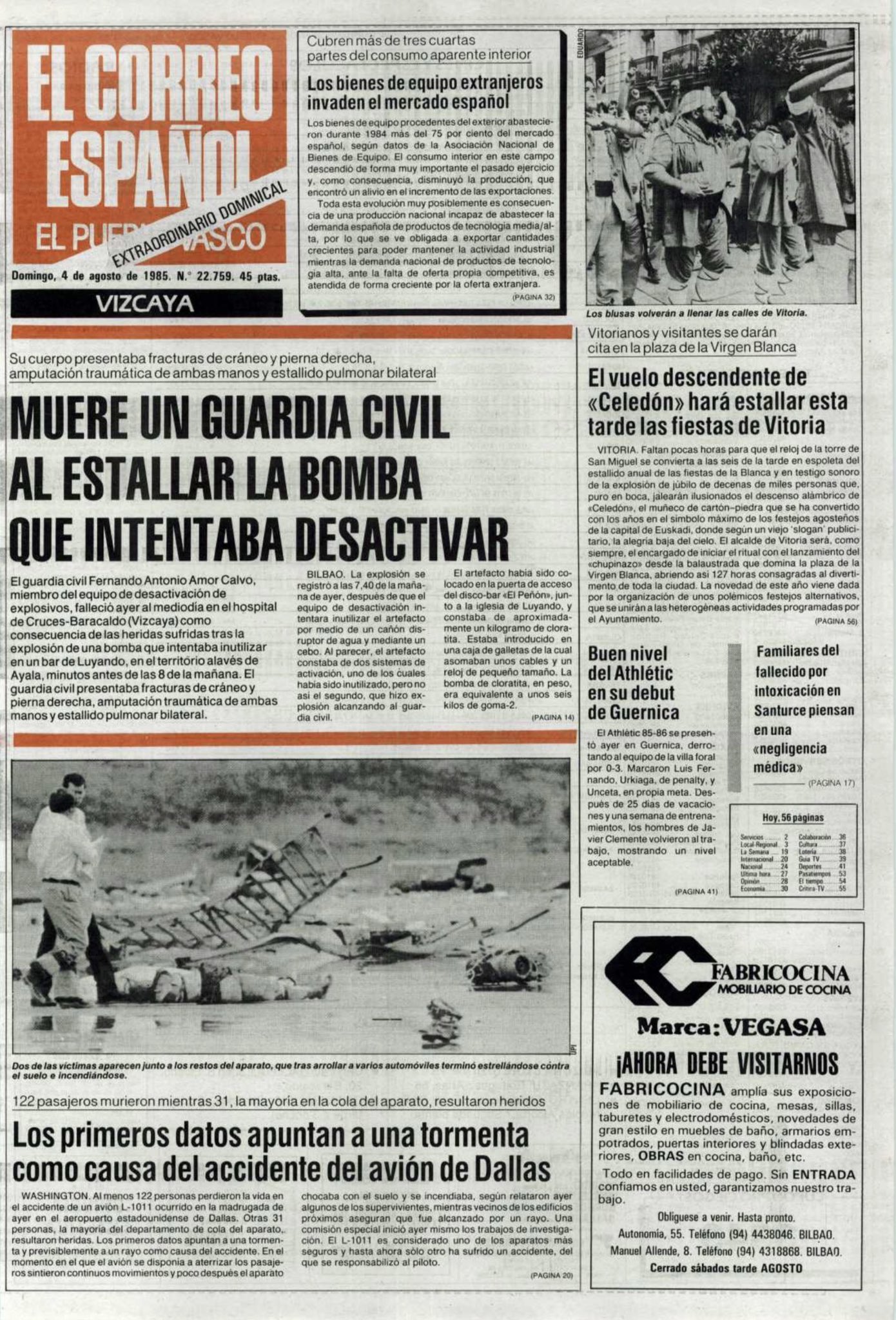