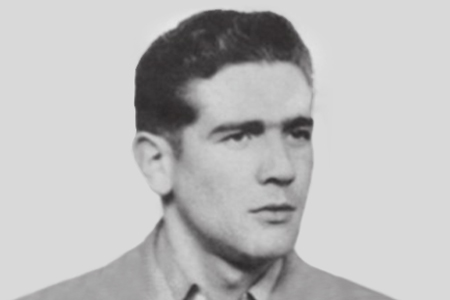 Fugitive ETA member Miguel Etxebarría Iztueta got into Fermín Monasterio Pérez’s taxi and asked him to drive him away from the Basque Country. Fermín noticed that the man had a gunshot wound. He said he would not take him any further until he explained what had happened to him. The ETA member shot him four times at point-blank range in the heart, chest, groin and hand.
On 9 April 1969, after a week in hiding, Miguel Etxebarría, Mario Onaindia, Tuxko Abrisketa and Víctor Arana had decided to return from Cantabria to an apartment on Calle Artekale in Bilbao. However, the police had identified the apartment and were waiting for them inside. Ornaindia, Abrisketa and Arana were apprehended, but Etxebarría managed to flee despite being shot twice. On reaching the street, he came across Fermín Monasterio’s taxi.
After the killing, Etxebarría managed to drive the stolen taxi to the town of Orozco, where he was attended by a neighbour who had learned nursing techniques in the Spanish Legion. He fled to France and it was not until thirty years later, in 1998, that he was arrested in the Mexican town of San Luis Potosí and handed over to the Spanish authorities. By that stage, all attacks perpetrated before 1977, including the murder of Fermín Monasterio, were covered by an amnesty and the terrorist was sentenced to just eight years in prison for bombmaking.