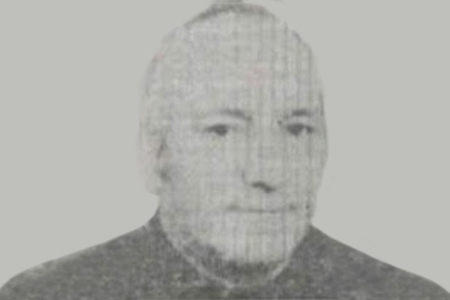 On 25 July 1981, ETA murdered Félix Galindez Llano shortly before 10.00 am in the town of Amurrio (Álava). Félix, who was 54 years old and unmarried, bought and sold apartments. Two ETA members called at the door of his home, rang insistently on the doorbell and when Félix opened the door, shot him at point-blank range. They then made their getaway. One of the first people to reach the scene of the killing was Félix’s brother, Sixto, who was a missionary in the Philippines. He had arrived a few days before to spend some time with his family in the Basque Country.

ETA claimed responsibility for Félix’s murder and on the day of the crime, posters appeared in Amurrio containing death threats against four people from the town, accused of being police informers.