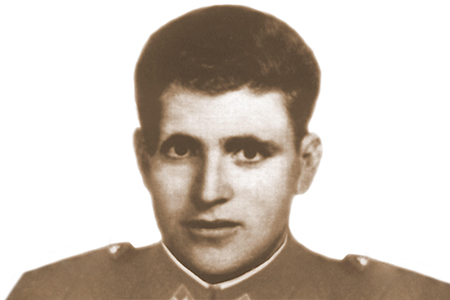 At 9.30 am on 31 January, 1979 Félix de Diego was with his wife, Dolores Echeverria, in the Herreria Bar in Irún, which was owned by her family. Two ETA members entered the premises. Without saying a word, they shot Félix three times at point-blank range, once through the heart, once in the abdomen and once in the leg. He was pronounced dead on arrival at the Red Cross Hospital. In a statement released shortly afterwards, ETA accused Félix de Diego of being a Civil Guard “grass”.
He had in fact been a member of the Civil Guard. Indeed, he had been with his colleague José Antonio Pardines Arcay when he was shot dead by ETA on 7 June 1968, becoming the first person to be killed by the organisation. Félix subsequently survived a serious car accident and had had to take early retirement. He later developed cancer of the kidney which greatly impacted his quality of life. However, it was ETA that finally ended his life. Of the three people convicted of his murder, one of those believed to have perpetrated the crime was Capuchin priest, Fernando Arburúa Iparraguirre. He and his two accomplices left Félix de Diego’s five children, aged between five and eleven, without a father.