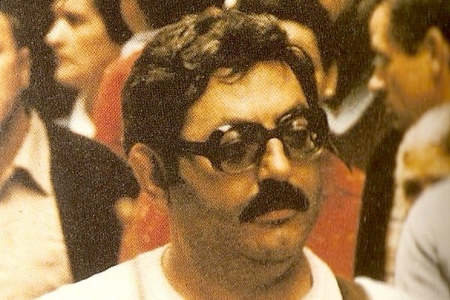 On 19 April 1980 at around 5:00 am, Felipe Sagarna Ormazábal was murdered by the Basque-Spanish Battalion (Batallón Vasco-Español) in Hernani as he was walking towards the front door of his apartment block. Several members of the terrorist group shot him twice in the head at practically point-blank range. Felipe was an Herri Batasuna sympathiser. In his spare time he was a drummer, ad was well-known in the town. 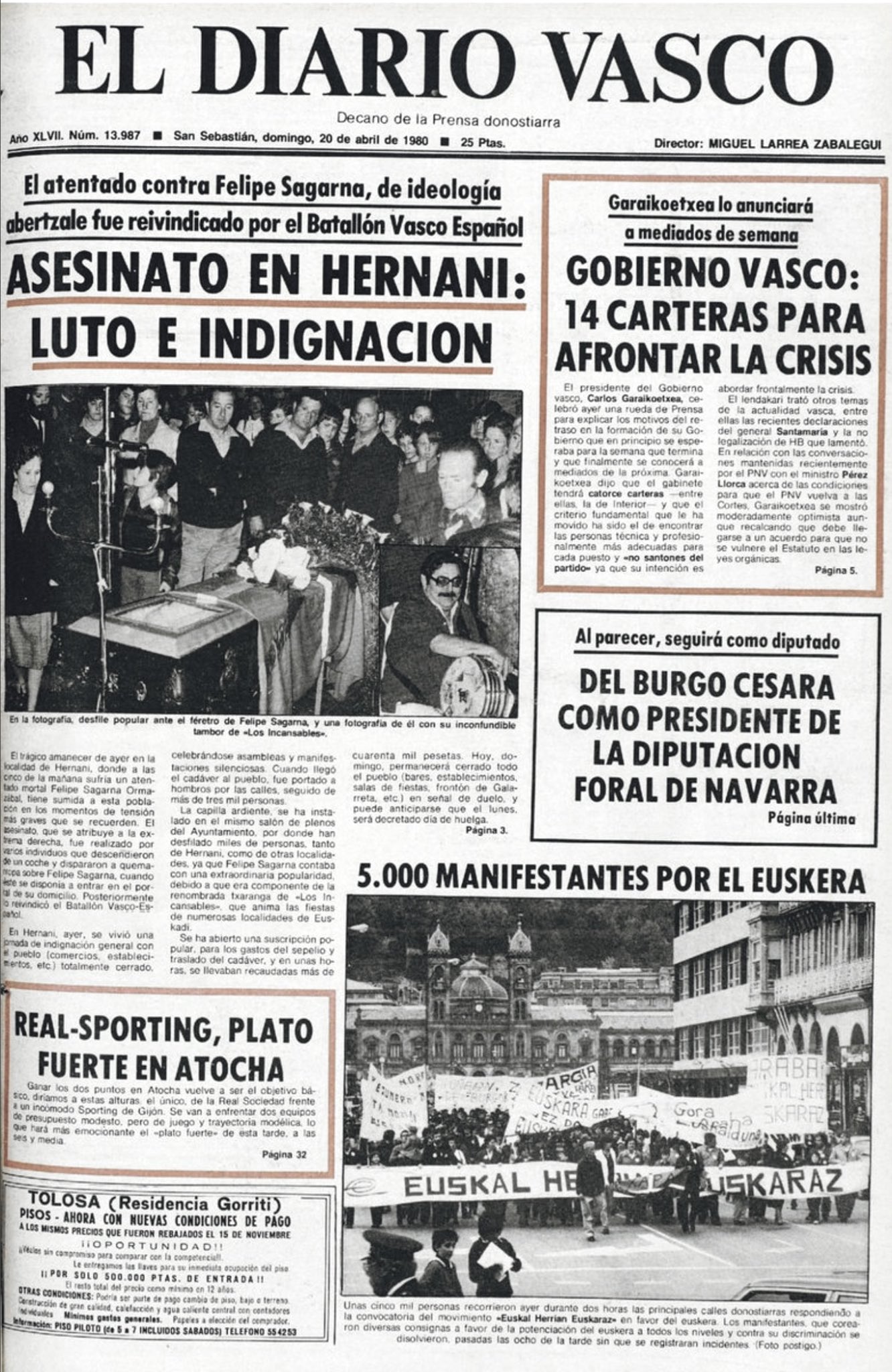 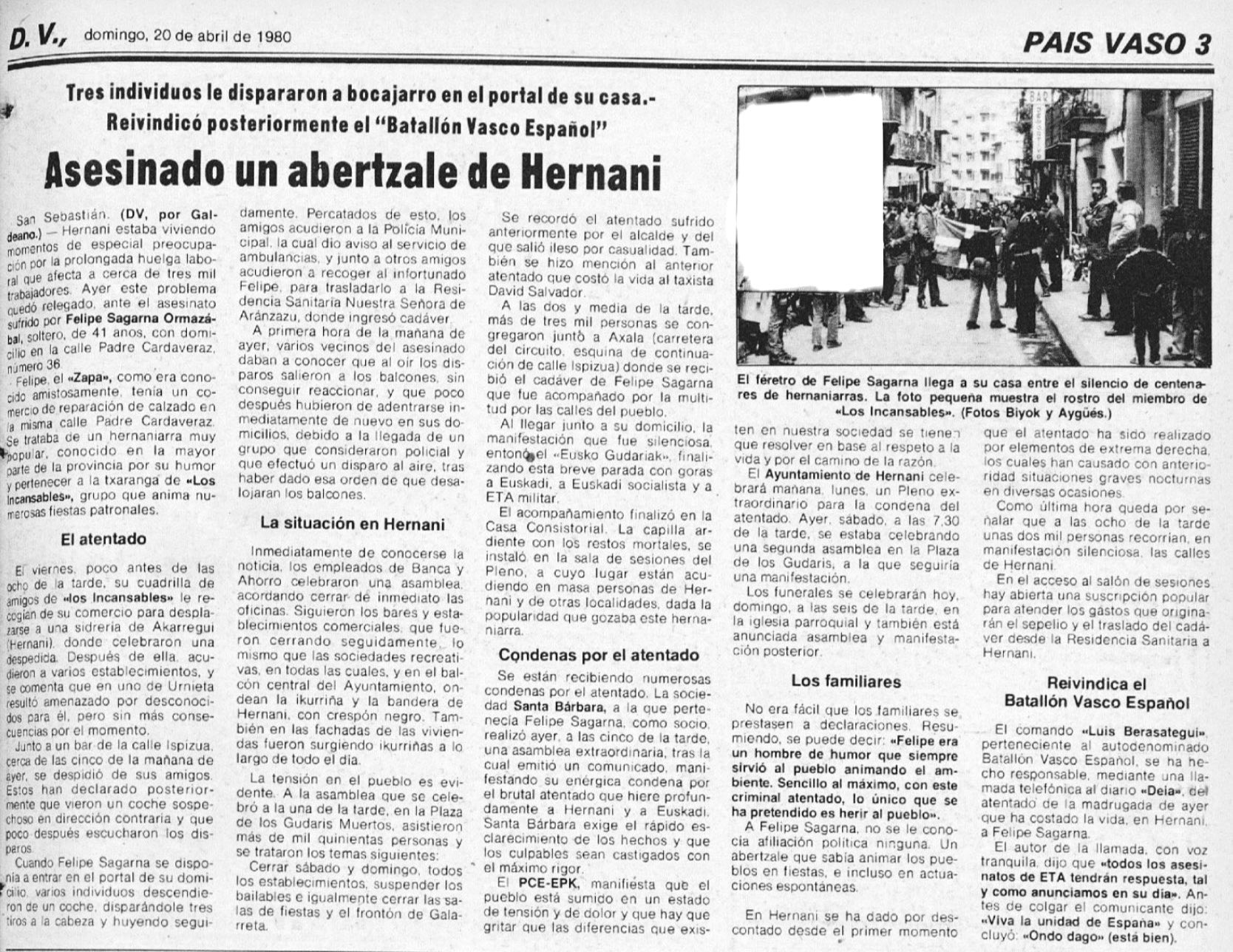 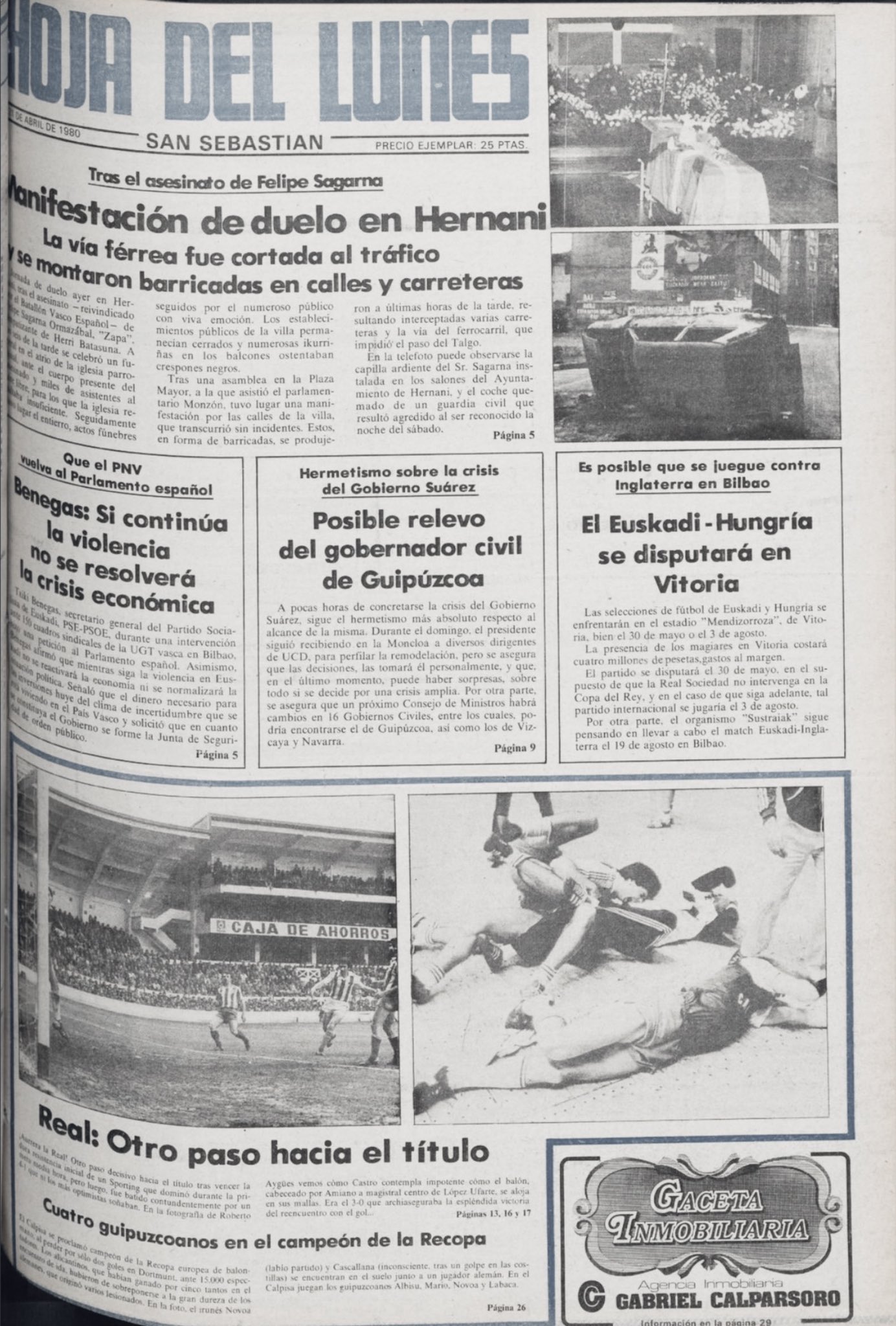 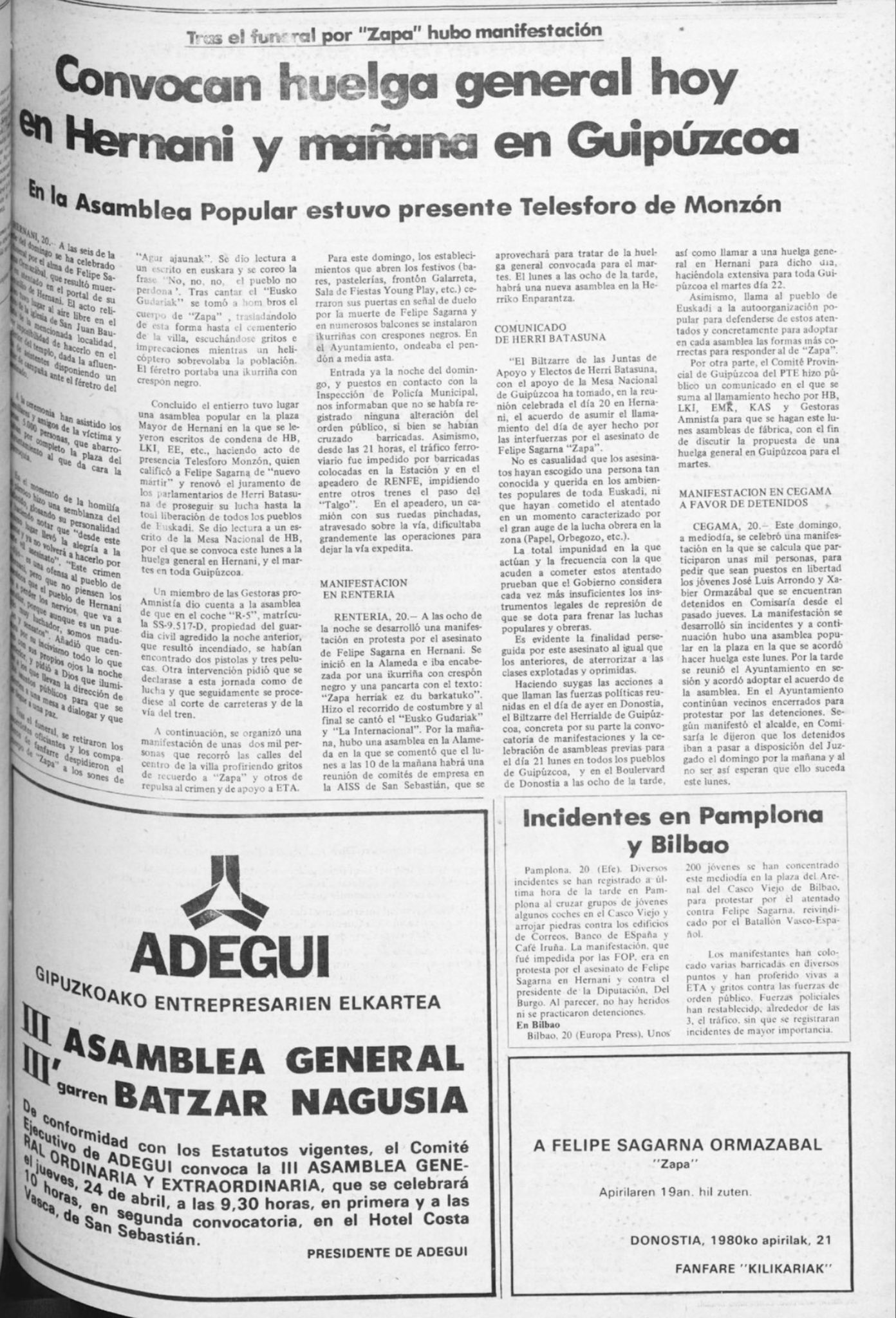