At around 9:15 pm on 23 October 1980, two terrorists shot Felipe Alejandro Etremiana Unanue when he had just parked his car, a yellow Chrysler, in an alleyway off Calle General Mola, opposite the Amorebieta Vocational School. He was shot eight times in the chest and died instantly. The terrorists got away with the help of a third accomplice who was waiting for them in a car. 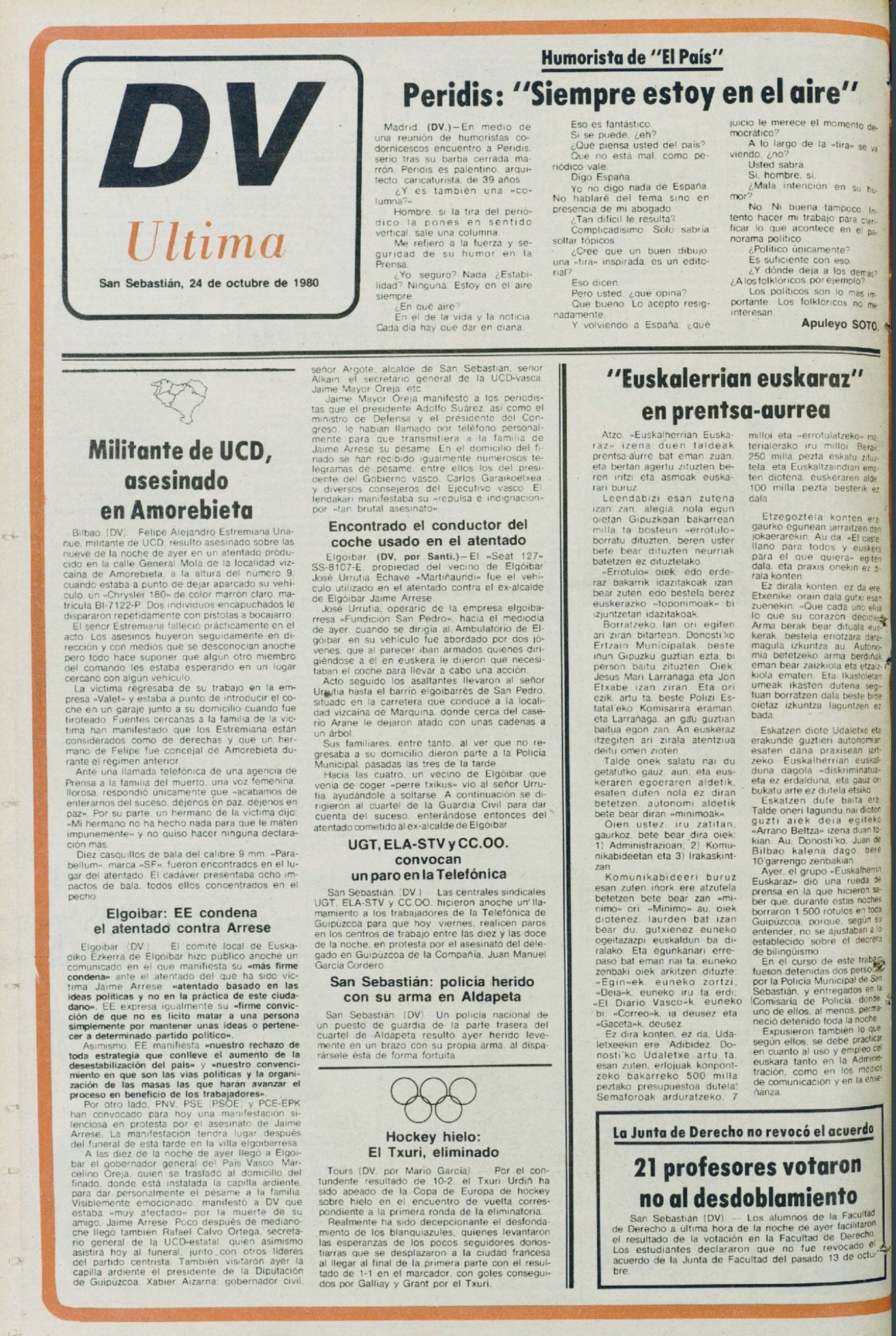 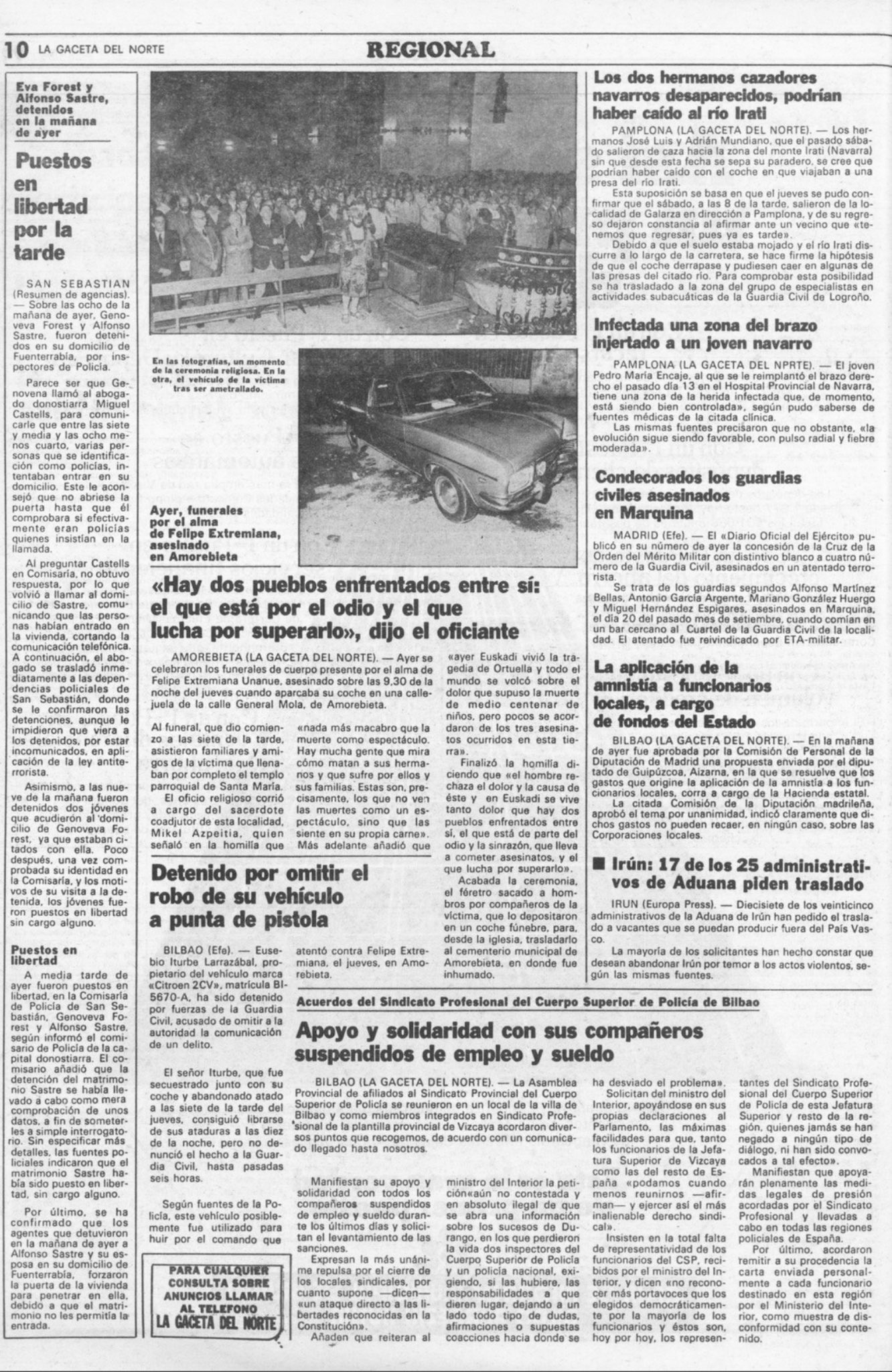 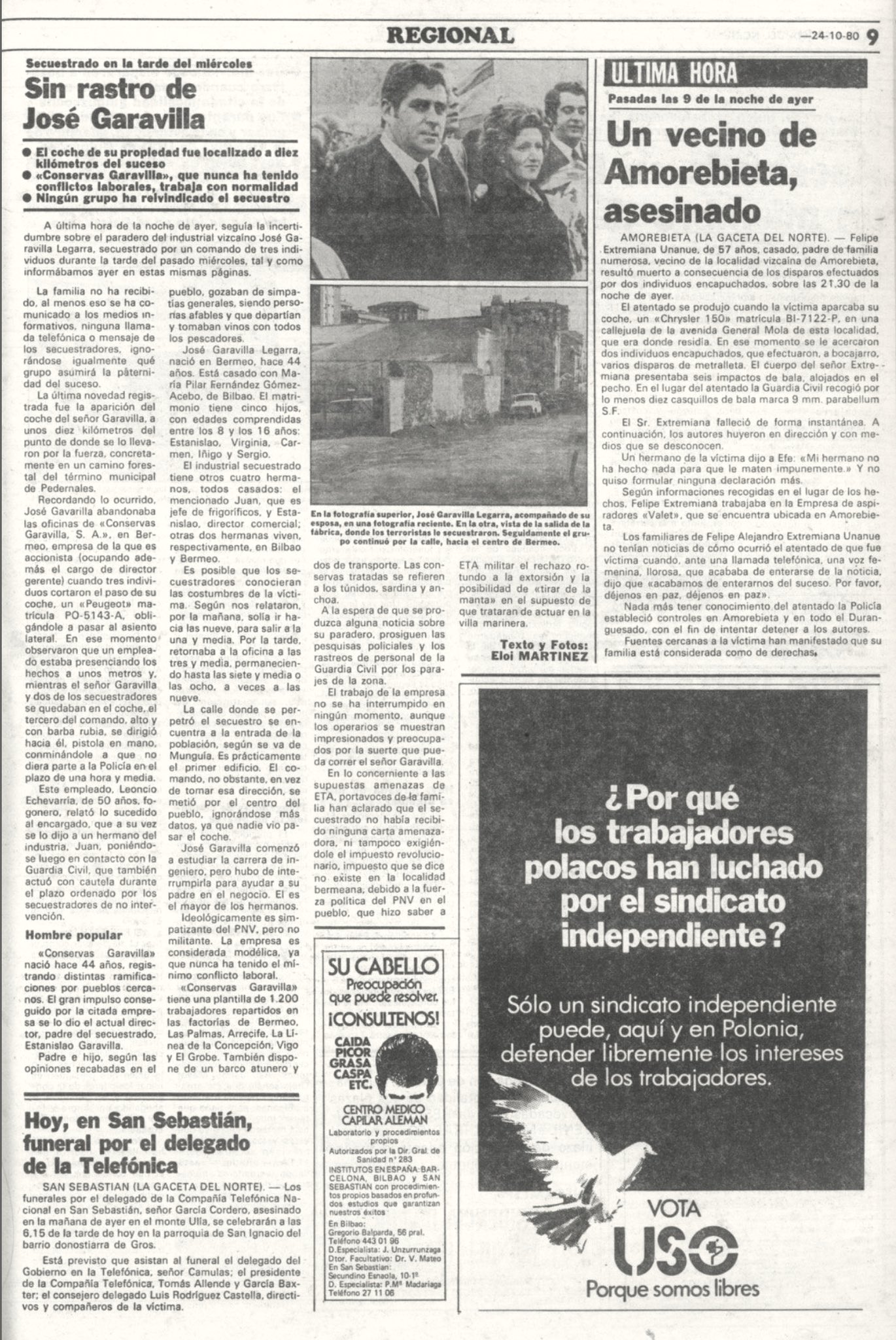