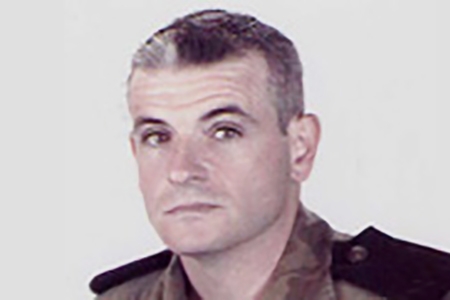 Federico Miguel Sierra was an infantry major, working in the general staff. He was 37 years old and had taken part in international missions in several countries, including Yugoslavia. He lived in Alcalá de Henares (Madrid) with his wife and three-year old son. Each morning, he took the train to work in Madrid city.  Federico’s father was the military governor of Navarre. When he was unable to contact his son, he left immediately for Madrid. His worst fears were soon confirmed.