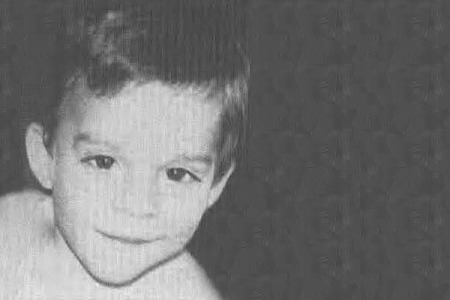 On 4 November 1991 two ETA terrorists attached a ‘limpet-bomb’ to the underside of a car owned by Antonio Moreno, a civil guard stationed in Erandio. It was his own private vehicle which he only used for family trips with his wife and his two-year old twin sons.
Three days later, on 7 November, Antonio picked up his sons from an indoor swimming pool in Guecho. The bomb went off as they were rounding a bend in the road leading into the town of Erandio. One of the boys, Fabio Moreno Asla, was killed instantly. His brother Alexander suffered burns in one leg and a perforated eardrum. Their father, Antonio, took more than two years to recover from his injuries.
In the film ‘Trece entre mil’, by Iñaki Arteta, Antonio Moreno described the moments immediately following the explosion. I opened the back of the car and took Alex out; he was OK. The worst was when I went to get Fabio; I had to take him out in several pieces. I didn’t know how to hold him, because he kept slipping out of my hands. The blast burst my eardrums. I couldn’t hear anything, I didn’t know what was going on (…) The first thing you think is “Why my son and not me?” In theory, you could say the villain of the piece was me.
Juan Carlos Iglesias Chouzas (alias Gadafi) of ETA was convicted of Fabio’s murder, together with another 19 crimes. 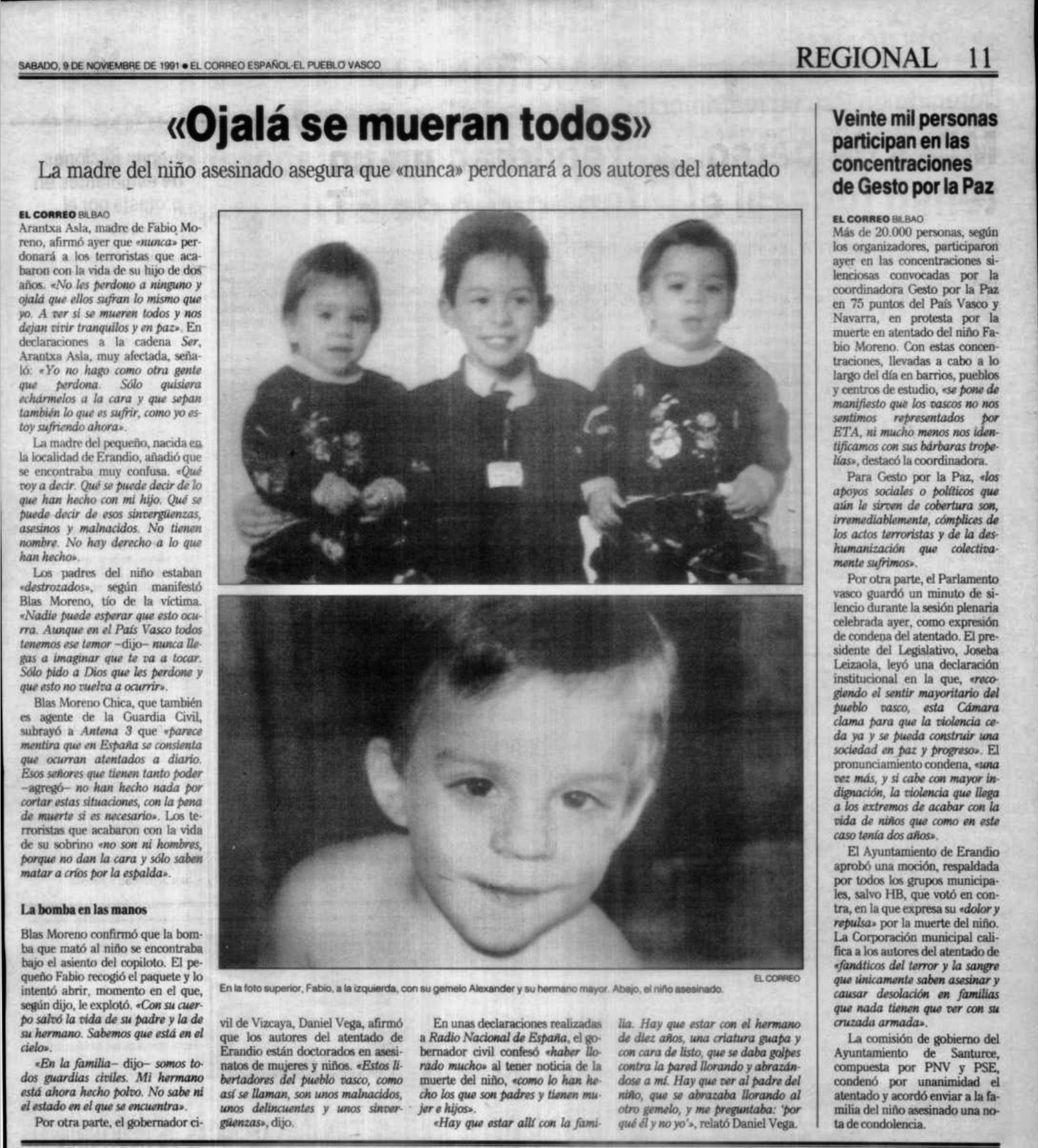 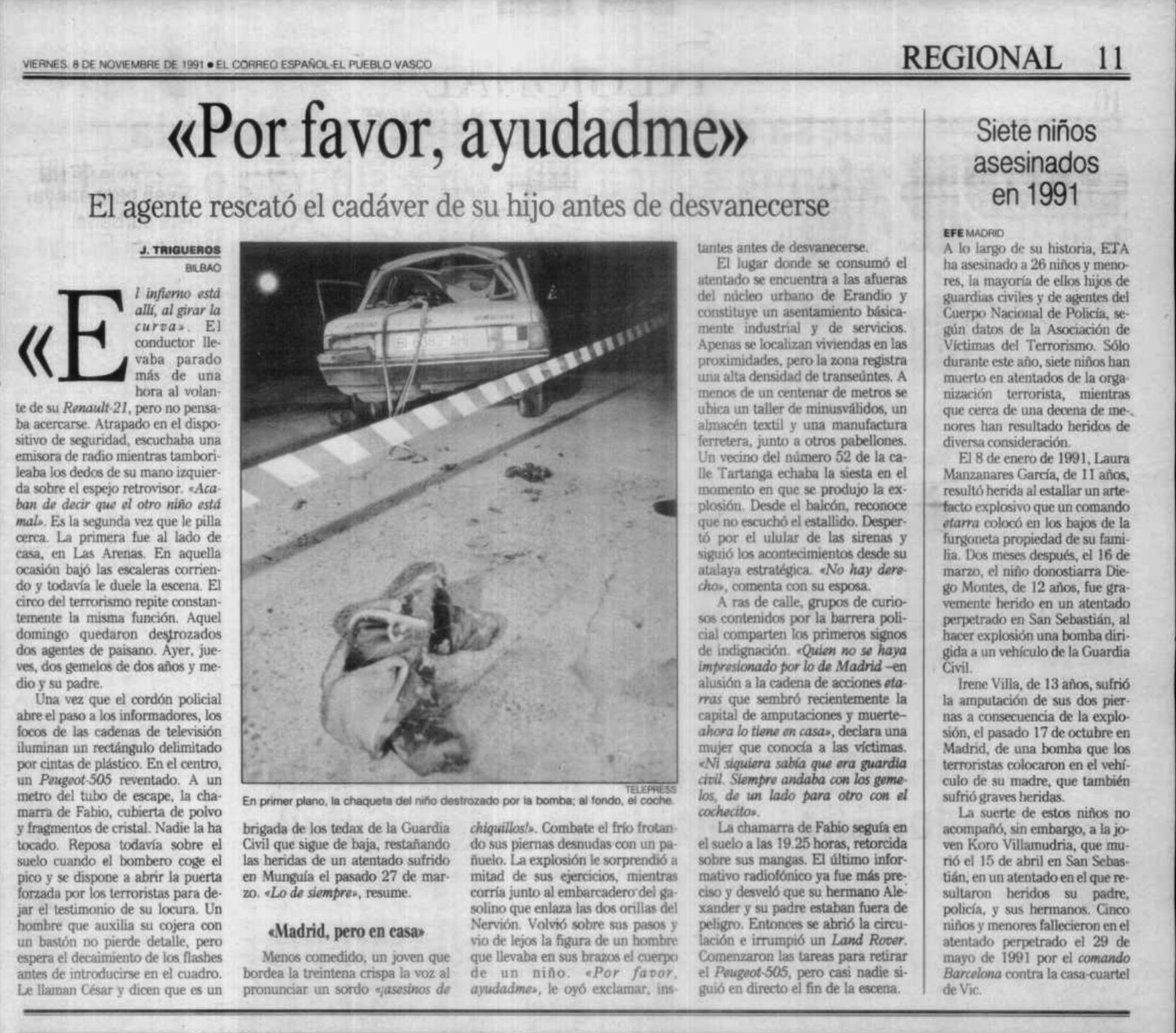 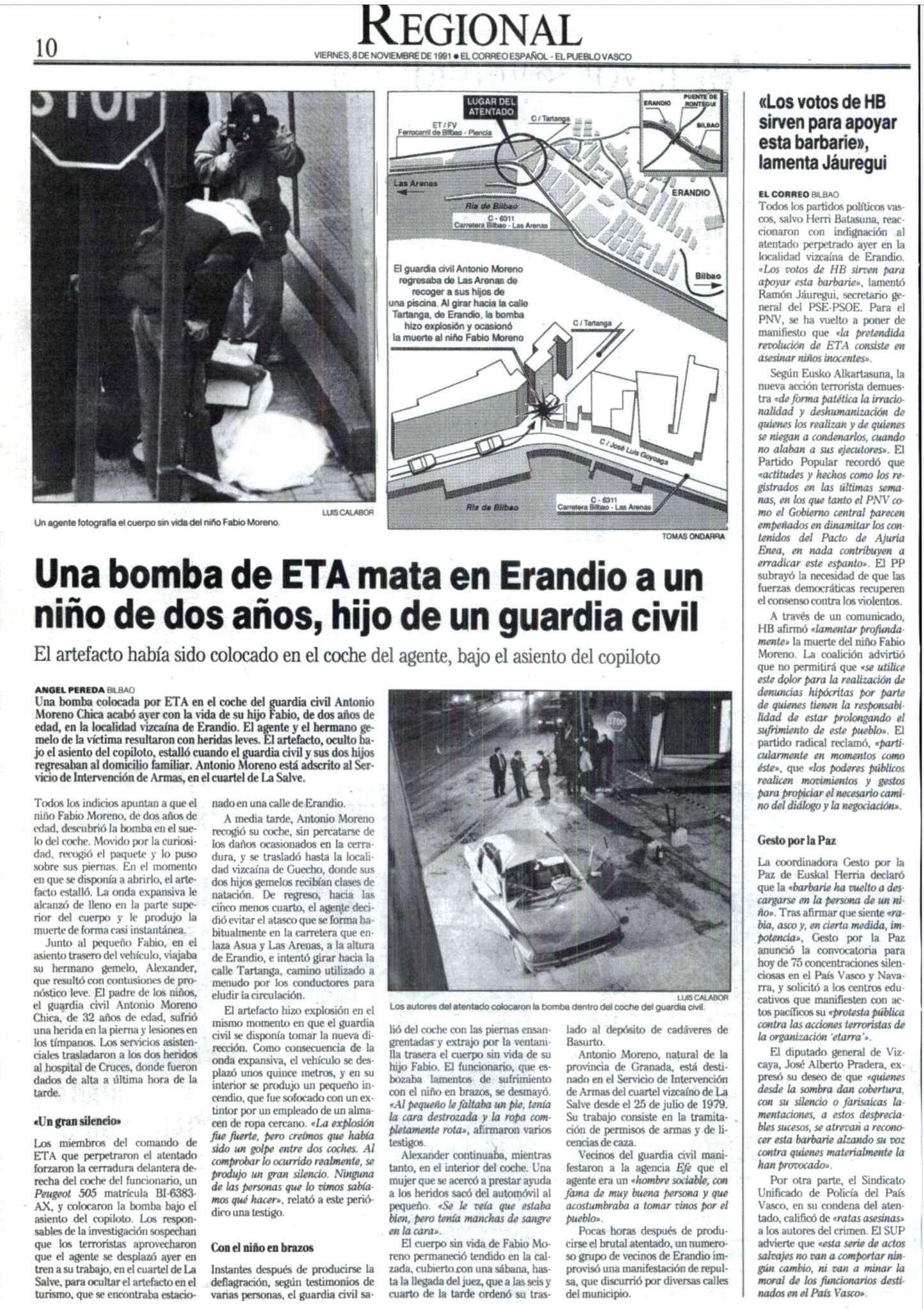 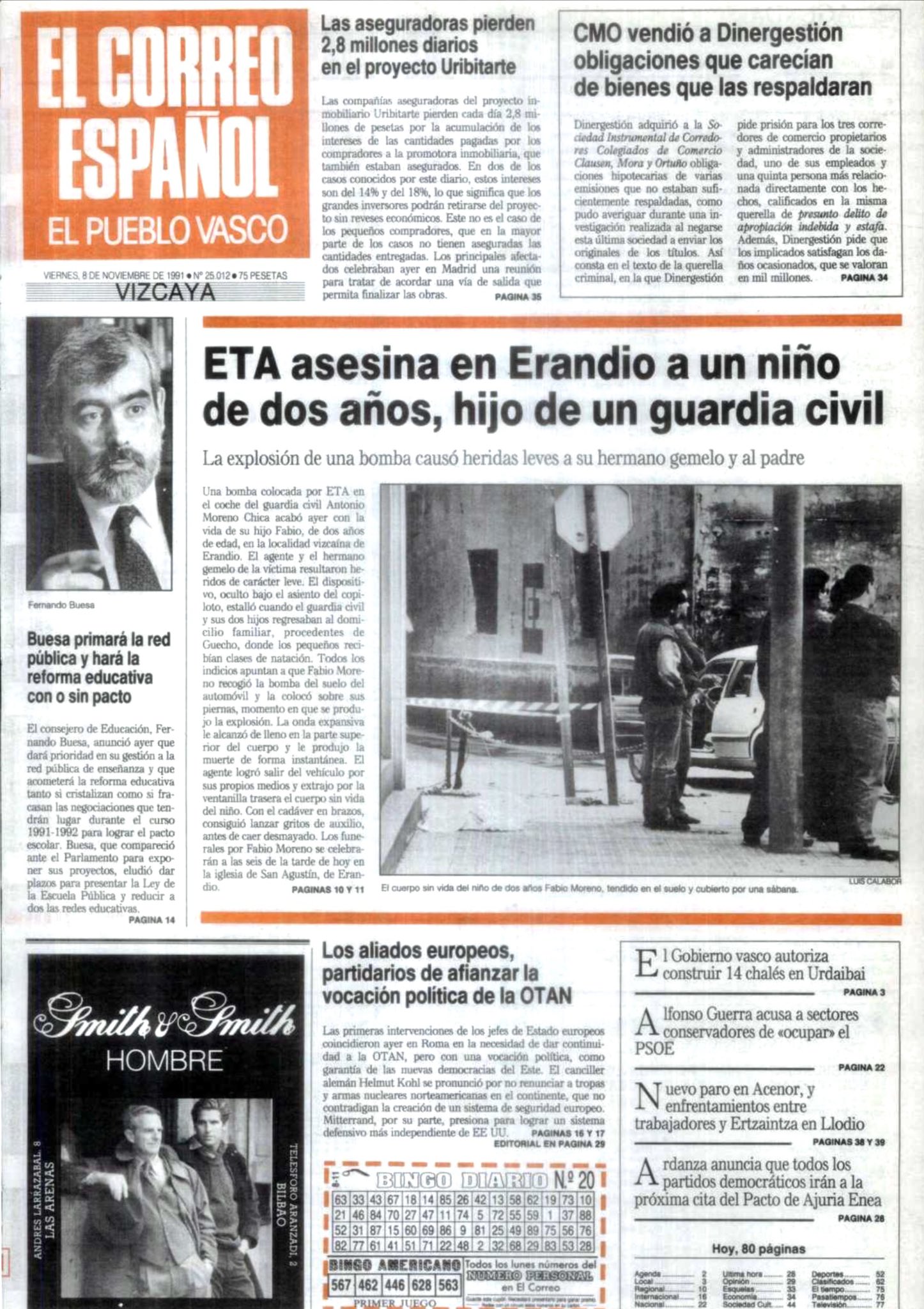