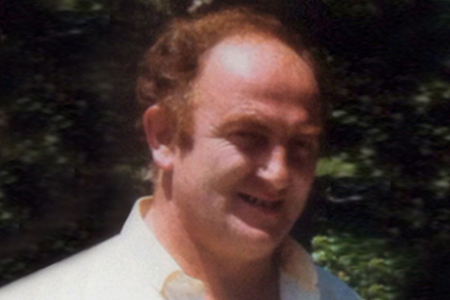 On the evening of 19 February 1992, an ETA unit parked a car containing 25 kilos of explosives at the La Albericia crossroads, on the Avenida de los Deportes in Santander, where national police patrols regularly passed. At 6.15 pm, when a police van was driving through the area, the terrorists detonated the device and a large explosion stopped the traffic.

Husband and wife Eutimio Gómez Gómez and Julia Ríos Rioz, who were walking along the street, suffered the full impact of the blast. They both died instantly. Antonio Ricondo Somoza, who was driving on the opposite side of the road, died five days later. The police van was damaged and the officers severely wounded. A further 18 people suffered minor injuries. ETA members Ignacio Recarte Ibarra, Luis Ángel Galarza Quirce and Dolores López Resina were convicted of perpetrating the crime and Francisco Múgica Garmendia, alias Pakito, was convicted of being an accessory.

Eutimio Gómez Gómez had been working as a technician specialising in heating and gas installations at a hospital in Santander for nearly two decades and had two children aged 18 and 16. At the time of his death, he was on his way home after picking his wife up from work.